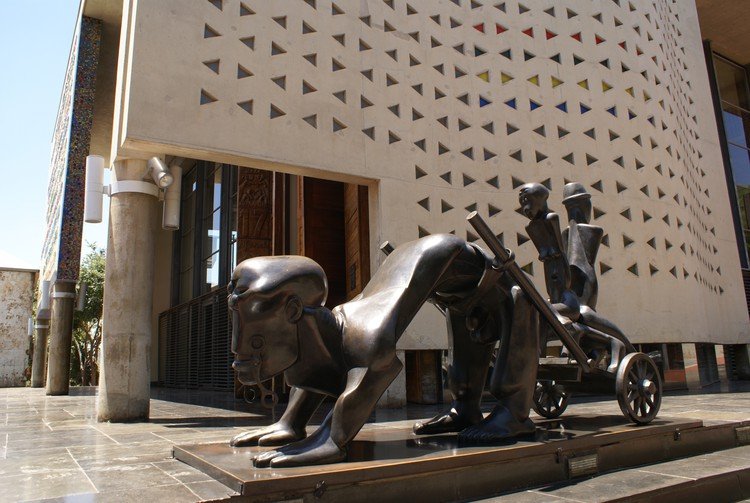 Thirty-seven of the 66 former Tasima employees who won a court bid to be permanently employed by the transport department have received notices of retrenchment. (Archive photo: Ciaran Ryan)

In August, the Constitutional Court ordered that 66 workers be insourced by the Road Traffic Management Corporation. Now, nearly 40 of them are to be retrenched.

More than half of the former Tasima Pty Ltd employees who won a court bid to be permanently employed by the transport department have just received some bad news.

Tasima is a private company that was hired by the department of transport’s Road Traffic Management Corporation (RTMC) in 2001 to build a traffic information system. The electronic National Traffic Information System (eNaTIS) built by Tasima is the department’s official register of data on vehicles, driving licences, contraventions and accidents.

In August, the Constitutional Court ordered that 66 employees of Tasima be made permanent employees of the RTMC. Three months later, at least 37 of the 66 workers have received notice of retrenchment letters due to restructuring at the RTMC.

“We just won at the Constitutional Court but we are already being retrenched. We haven’t even reported for work yet and they want to take away our jobs,” said one of the former employees, who asked not to be named for fear of being victimised.

In 2016, the Constitutional Court ordered Tasima to hand over eNaTIS and related services to the RTMC. Tasima subsequently approached the labour court to get the RTMC to absorb its employees, using section 197 of the Labour Relations Act.

The employees were not paid salaries after December 2018 while Tasima and the RTMC battled in court over whether the workers should be insourced.

Following the ruling in August, the employees received letters from the RTMC, which GroundUp has seen, confirming that they had been employees since 5 April 2017. This meant they were entitled to back pay from December 2018 when they stopped receiving their salaries.

The former employee said the workers started getting a salary from August 2020 following the judgment, despite not going into work, but they had not yet received any back pay.

He accused the RTMC of using the restructuring to target former Tasima employees.

RTMC spokesperson Simon Zwane, denied this. “All employees of the RTMC, without exception, have been subjected to the restructuring process,” he said.

He told GroundUp that the restructuring had nothing to do with the court order. He said the RTMC had initiated a restructuring process in April 2019 which was approved by the board in January 2020.

Zwane said the retrenchment process would start as soon as the legal process is finalised. DM