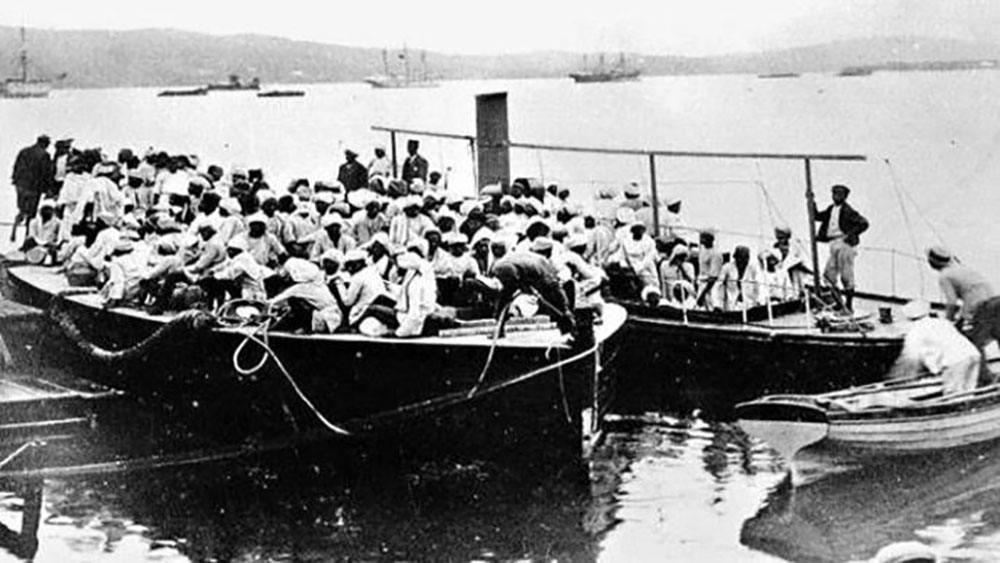 Many of the indentured Indians were mere youths themselves when they took the leap of faith to leave their homes and family to embark on a life-changing journey from India to South Africa. (Photo: sahistory.org.za)

The heartbreaking stories of our forebears serve as a constant reminder to young people that we have the blood of heroes coursing through our veins - and we should never forget that.

“It is the roots which give a tree strength, not its branches.” – Matshona Dhliwayo

This quote resonates strongly among the South African youth of 2020 when we think of our forebears. Now that we have passed the 160th anniversary of our Indian ancestors docking at Durban harbour on 16 November 1860, we ponder the relevance of indenture to the young people of South Africa in 2020.

Many of the indentured Indians were mere youths themselves when they took the leap of faith to leave their homes and family to embark on a life-changing journey from India to South Africa. They arrived on the Durban shore with nothing but hope in their hearts for a better life and sheer fortitude to persevere against all odds – sadly not knowing the horrific life of slavery that awaited them.

The indentured set sail under the assumption that a better standard of living and good working conditions awaited them. However, the grim truth was that they were bought and sold like cattle, stripped of their dignity and basic human rights. They were seen as nothing more than human cargo brought for the sole purpose of labour.

From sunrise to sunset the indentured toiled in fields – it was backbreaking work. Following the gruelling day of labour they would return to their dismal living quarters, which lacked proper ablution or kitchen facilities, and succumb to slumber from pure exhaustion. Reduced to being treated like animals, one would think that would be enough to break their spirits and render them defeated; however, step by step they worked tirelessly to improve their situation.

They faced unfathomable hurdles but remained determined to rise above their circumstances. The struggles they endured ignited a single-minded goal to establish a better quality of life for future generations.

While the life of a South African 21-year-old in 1860 is vastly different to that of a 21-year-old in 2020, there is a plethora of values and life lessons that still hold strong. One is the value of education that our ancestors instilled. Given the limited resources the indentured had, they placed substantial emphasis on educating their children, knowing this was the only prospect of improving their lives. Over time they set up small classes in their communities to teach the children. This is one of the most instrumental lessons that was passed on and it is still relevant.

Many of the indentured labourers who chose to stay in South Africa after their contracts expired took up odd forms of employment such as railroad workers, fishermen and maids, which highlighted their tenacity to grasp any job and follow it through to completion to the best of their ability. Irrespective of the job requirements or how demeaning the role was deemed, they did what was necessary to make ends meet. It is another admirable trait that the youth of 2020 in South Africa can relate to given our country’s tough economic predicament.

Despite being thousands of kilometres away from the motherland, indentured Indians strove to keep the light of their cultural identity burning bright. From erecting places of worship to conducting religious prayers, they placed great emphasis on ensuring their heritage and culture was passed on to future generations. Given their determination and motivation to cultivate and practise their culture in a foreign place, 160 years later Indian culture has stood the test of time and has increased tenfold in making its presence known. This is of sharp relevance to the youth of today since it affords us our birthright of freely practising our culture while giving us a sense of belonging in terms of our cultural identity.

When we look back we see that our forebears laid the foundation for an empire that has continued to grow through the decades. The role of the indentured has had major significance in shaping the cultural, social, political and economic landscape of present-day South Africa. Especially when it comes to social cohesion, they rallied with other racial groups to stand up and unite against oppression. They were peaceful and resourceful people who relied on their intellect to make their point. It is thanks to their perseverance that young people of today can appreciate the opportunities presented to them.

Indenture is recognised as the equivalent of slavery and the dismal reality is that the story of the 1860 indentured Indians has not been communicated effectively to a large enough audience. Many youngsters feel it is of great importance to start introducing this history to the school curriculum so more people are made aware of their country’s history, and to highlight the significant role the indentured labourers played in South Africa.

As the writer Madeleine L’Engle aptly states: “If you don’t recount your family history, it will be lost. Honour your own stories and tell them too. The tales may not seem very important, but they are what binds families and makes each of us who we are.”

The heartbreaking stories of the indentured serve as a constant reminder to the youth that we have the bloodline of heroes coursing through our veins, and we should never forget that. Had it not been for the courage, determination and hard work of the indentured who paved the way for us, we would not be relishing the standard of living or opportunities that we have today. For that we are eternally grateful and will continue to carry their legacy forward. DM

Kaylene Moodley is a member of the Youth Committee of the SA Hindu Maha Sabha and a master’s candidate in geography and environmental science at the University of KwaZulu-Natal.