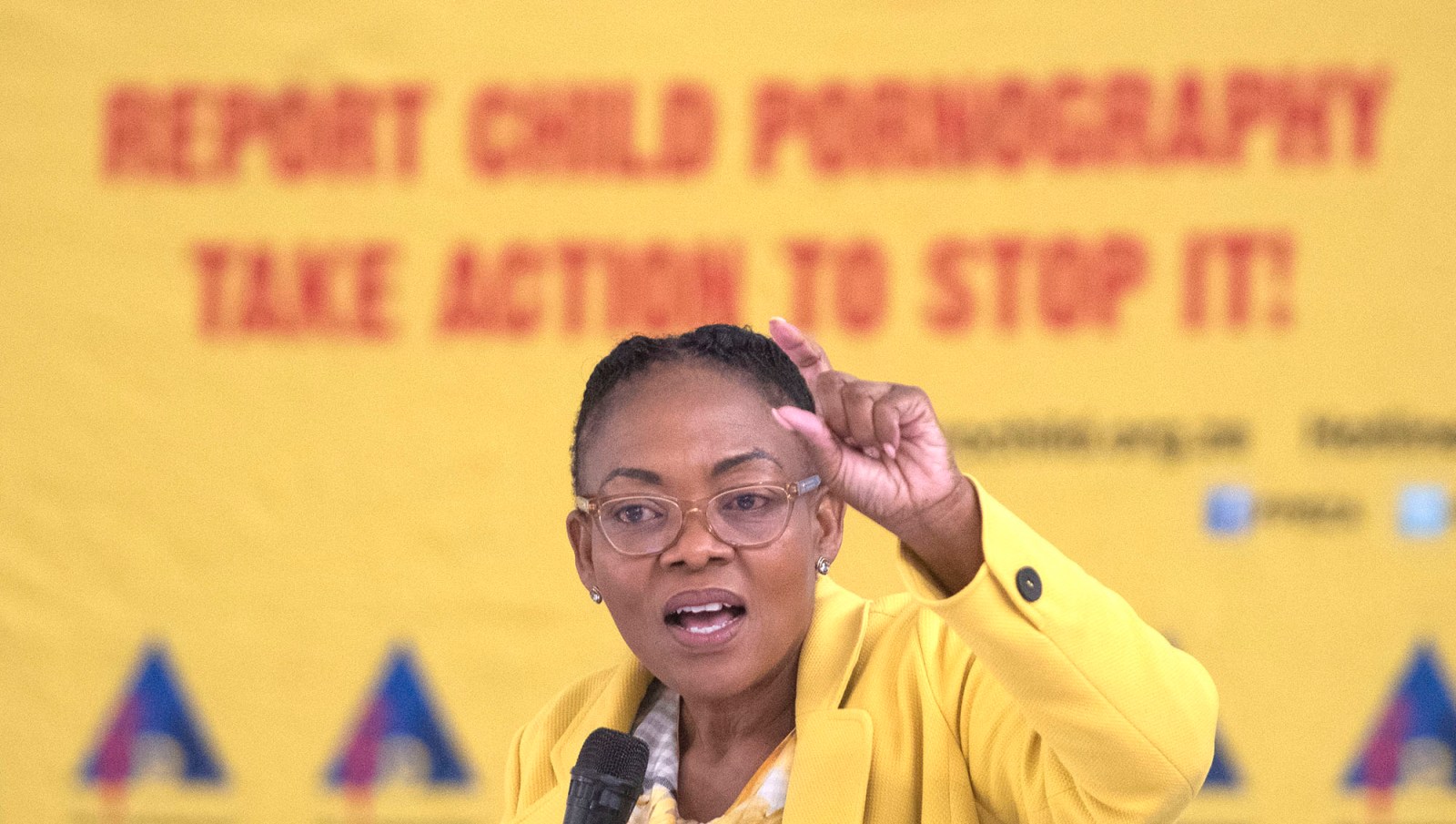 As the 16 Days of Activism for No Violence Against Women and Children campaign kicks off, the Film and Publication Board spent a morning in Delft telling teenagers how they can help end cyberviolence by not distributing inappropriate images and videos.

On an overcast Wednesday morning, about 60 pupils, parents and teachers sat in the Delft South Primary School hall listening to speakers tell them how they can play their part in ending cyberviolence.

The workshop was the launch of the Film and Publication Board’s (FPB’s) campaign to end violence against women and children in the digital space as 16 Days of Activism for No Violence Against Women and Children kicked off on Wednesday.

“What we’ve seen is that your phone can become a deadly weapon. You can take naked pictures of yourself to your partner and then when you guys break up, your ex posts them,” said Natalie Skeepers, an FBP council member.

Pupils from the four high schools that were present told Daily Maverick that it was common for pupils to share naked pictures of others without their consent. “But what I didn’t know was that it was illegal,” said a Grade 9 pupil from Marian High School.

The Film and Publications Amendment Act states that “no person may expose, through any medium, including the internet and social media, a private sexual photograph or film without the consent of the individual or individuals who appear in the photograph or film”.

In a statement, FPB said that in a study conducted by the SA Cyber Safety Awareness Toolkit, 63% of the children surveyed indicated they had accessed inappropriate material online.

Patric Solomons, the director of Molo Songololo, an NGO that advocates children’s rights, said one of the big problems was that “parents don’t talk to their children about sex. Educators are too afraid to. Children become more vulnerable because they don’t have the language to talk about it.”

Children are curious about sex and there needs to be a conversation about sexting and the sexual feelings they may be having, said Solomons.

Pinky Kekana, the Deputy Minister of Communications, who was also present, said that parents needed to be more involved by monitoring their children’s activities on their phones. “Because what the children are watching affects how they behave in school,” said Kekana.

The SA Cyber Safety Awareness Toolkit also found that 61% of the parents of respondents admitted that they do not monitor their children’s online activity, with no parental guidance software being used.

In trying to teach teenagers about the dangers of distributing inappropriate images or videos of themselves, Murendeni Muridili, FPB’s child protection officer, said that teenagers often argued that “it was their bodies, so they could do whatever they wanted”.

But Muridili pointed out that teenagers often didn’t consider the consequences of their images being sent to other people without their consent. There was one case of a 14-year-old girl who sent someone her naked pictures, and they went viral. She ended up committing suicide, said Muridili.

Those who circulate naked pictures of others without their consent often don’t consider the victim’s mental health and how this could affect them, Muridili told the pupils.

“Once it’s digital you can’t take it back,” Sadleir told Daily Maverick. “I’ve had kids who’ve had to change their names because whenever you search their names, all those images come up.”

In a statement released by FBP, Abongile Mashele, the FPB’s acting CEO said: “It is therefore important to encourage safe and positive use of digital technology among children and young people and start conversations about how important it is to restrict young children’s use of devices to where the family gathers rather than in their bedrooms.

“What I took away from this is that as much as this may be fun and games for us, we really need to think about what we’re posting and what we’re sharing because there could be serious consequences for our actions,” said a Grade 10 pupil from Leiden High School.

Pupils were urged to not participate in this kind of cyberviolence. According to the Film and Publications Amendment Act, the penalties for distributing someone’s naked pictures without their consent could be “a fine not exceeding R150,000 or to imprisonment for a period not exceeding two years or to both a fine and such imprisonment”. DM