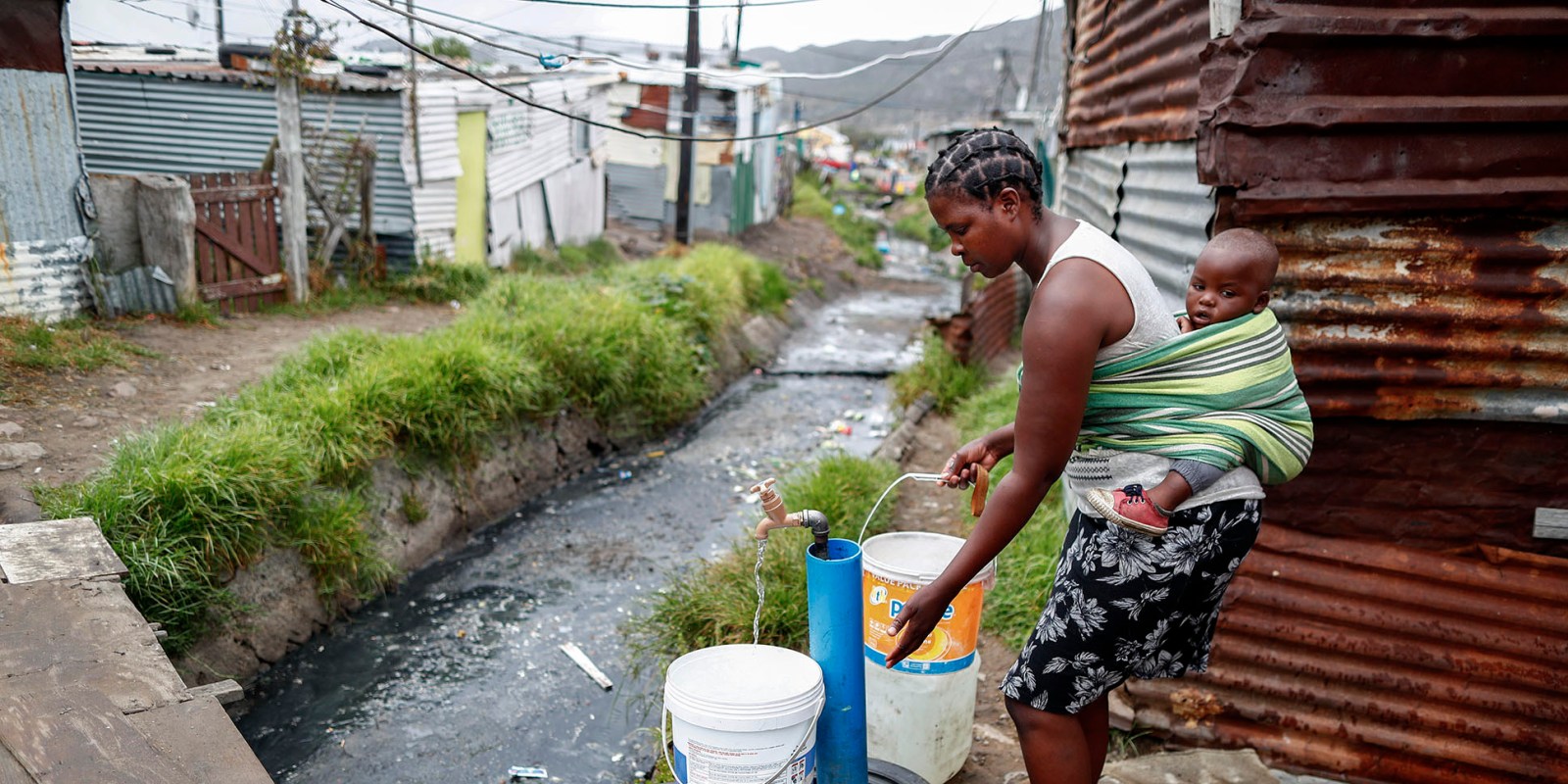 It has become very difficult for most women to balance the time for work, household chores and searching for water. (Illustrative image | Source: EPA-EFE/NIC BOTHMA)

The average South African CEO takes home as much as 461 black women from the bottom 10% of earners in the country, while on average a black woman earns a quarter of her white counterpart. This is according to an Oxfam South Africa report released on Tuesday, 24 November which says black women are at the centre of the intersecting axis of inequality perpetuated by race, class, education, gender and employment.

Opening the launch, Oxfam SA executive director Siphokazi Mthathi said the report was meant to be used as a tool for movement building and mobilising against inequality. She said one of the things Covid-19 had done was throw a spotlight on accepted orthodoxies that have shaped our economy and society and which now need to be called into question. Our economic system was supported by the unrecognised labour of mostly black women

Inequality Programme lead Dr Basani Baloyi explained that one of the things that disproportionately affected the inequality faced by black women was their role as head of single-parent households as well as their extended family responsibilities. She said black women often bore the burden of unpaid care work for their families, preventing them from participating in the economy. It showed that on average unemployed women did 323 minutes of care work versus unemployed men who did 154 minutes, and even when both men and women were employed women still did the majority of care work – 190 minutes versus 74 minutes done by men.

Baloyi also said education played a key role in the kind of employment women were likely to get, with research showing that one out of every 10 black women had tertiary education, a further factor affecting racial and class inequalities in South Africa. South Africans with tertiary education generally earned R36 an hour compared with those with only a matric who earned an average of R12 an hour and those with Grade 9 education earning R6.

The report says: “Labour market inequalities are one of the key drivers of wealth and income inequality in South Africa. Wage inequality accounts for between 80% and 90% of overall inequality.”

The report is supported by an exhibition showing the post-apartheid difficulties women endure and which hinder their gainful participation and inclusion in the economy. It uses photography, paintings, installations, stencil art and mixed media to unpack issues of race, class and gender.

The exhibition, which is based at the worker’s museum in Newtown, Johannesburg, features works from artists Mary Sibande, Sethembile Msezane, Thandiwe Tshabalala, Lucas Ledwaba and Sydelle Willow Smith, among others. Mthati said the exhibition was an attempt to engage the report with new audiences.

“Ending the cycle of deprivation and inequality in South Africa is a challenge for all of us. All of our stories are important; all of our voices deserve to be heard; and we are more likely to be heard when we speak together as one,” said Mthathi. DM/MC