On ‘gatherations’: a caravan of camels and a hug of... 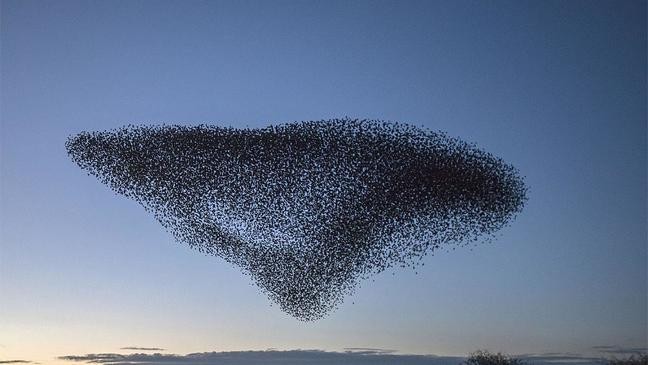 Sitting around a campfire after a day’s game-watching, beers in hand, talk often turns from what was seen that day to how to describe creatures in clusters. Here’s some information that could bag you admiration and a free beer.

It began, evidently, long ago and with animal poop. Gentlemen hunters in 14th-century France needed to identify the droppings of their prey in terms not considered coarse. The invention of new words caught their fancy and extended to what was termed “gatherations” of both humans and animals.

Early that century, a book called L’Art de vénerie by a huntsman, Guillaume Twici, listed three types of droppings and three terms for animal clusters. One Gaston Fébus extended this to seven in a hunter’s guide named Le Livre de chasse. By the time the name game reached Britain as a pamphlet by a Mr Egerton in 1452, there were 70 gatherations.

The Boke of Seynt Albans – written by Dame Juliana Berners in 1486 to instruct “gentill menn and honest persons in the arts necessary to an English gentill mann” – pushed the number to 165.

Vénerie also threw in suggestions for human “nouns of assembly” such as a blast of hunters, a subtlety of sergeants and a superfluity of nuns.

The Boke of Seynt Albans added a clutch more, such as a Doctryne of doctoris, a Sentence of juges, a Fightyng of beggers, a Melody of harpers, a Gagle of women and a Disworship of Scottis.

It’s hard to imagine that these collective nouns were important as scientific or practical communication. Rather, they marked the erudition of a gentleman who could be judged by his “kennings” – the ability to use humorous and courtly language.

Often the “assemblies” made better alliteration than good sense.

“Gatherations” were given a boost through Britain’s increasing exploration and conquest of previously “unknown” parts of the world. Africa’s extraordinary creatures were simply made for the job.

The accounts of explorers – travel writers all – became bestsellers to a public hungry for fabulous tales of strange places and exotic creatures. The writers of these tales, many of whom made their income from the sale of exploration diaries, competed to describe unimagined wonders in ever more elaborate language.

In this atmosphere, nouns of assembly flourished like weeds.

The advent of the internet has given the ponder of gatherators new life and there are websites where people are invited to submit new collective nouns. It leads to arguments, showmanship and plenty of chuckles.

This has taken the sport beyond hunted creatures to ourselves, and given us many new-look collective nouns such as a tedium of golfers, a pity of prisoners, a fidget of altar boys, a giggle of girls, a ponder of philosophers, a flunk of students, a gossip of relatives and, one I particularly like, a hug of teddy bears.

So here’s a fun sample from a list that has grown to more than 1,000 and a tradition that began more than 600 years ago:

Murmuration from Islands & Rivers on Vimeo.