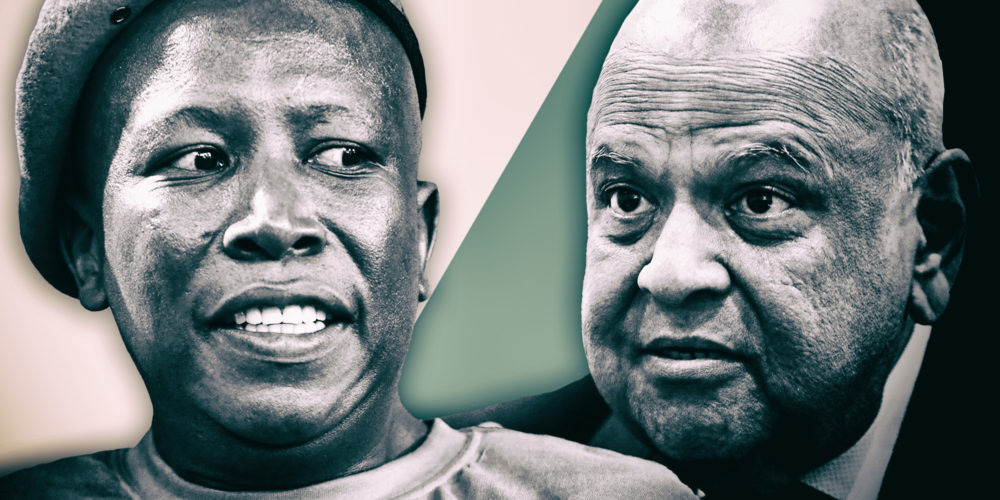 The 16 EFF MPs charged over contempt of Parliament did not pitch for their hearing before the powers and privileges committee. Nothing much was said about that, but Tuesday’s proceedings were postponed for a day to afford the EFF MPs’ lawyer the opportunity to address the committee in the interest of fairness.

On 11 July 2019, EFF MP Sam Matiase walked right up to Public Enterprises Minister Pravin Gordhan as he was starting his Budget debate speech. Other EFF MPs followed as opposition MPs stood to protect Gordhan. Parliamentary security eventually arrived to remove the EFF MPs from the sitting.

It’s taken 16 months to get here. First, a subcommittee on the physical removal of members from Chamber compiled and adopted a report then submitted it to and adopted in the rule committee that, once approved, submitted it to the National Assembly Speaker, who referred the matter to the powers and privileges committee for contempt of Parliament proceedings.

On Tuesday that looked set to be another Stalingrad legal tactic.

It isn’t. Those appearing before the powers and privileges committee must apply to have legal reps present to assist, for example, in complex matters.

And that hasn’t yet happened in this case. And neither have the 16 EFF MPs supplied their written statements.

Technical and boringly rules-bound? Possibly. But this case talks directly to how Parliament runs itself – and how it applies discipline as an institution across the various political parties it represents. The scenes on 11 July 2019 are of physically threatening confrontation and posturing by MPs, previously not seen in Parliament.

Proceedings before the powers and privileges committee are serious as these arise from statute, specifically section 12 of the Powers, Privileges and Immunities of Parliament and Provincial Legislatures Act.

On a guilty verdict, the penalties range from a formal warning, reprimand, or the suspension of privileges and salary for up to 30 days, and/or fines equivalent to a month’s salary. That’s in addition to, possibly, “any other penalty to which the member may be liable under this act or any other law”, and not excluding the possibility of criminal charges.

It’s the second time the EFF rumbles before the powers and privileges committee. In 2014, 20 EFF MPs were sanctioned with suspensions and docked pay to various extent for the 21 August 2014 “Pay back the money” disruption of then president Jacob Zuma’s Q&A in the House.

Although the EFF obtained an urgent interdict, it ultimately lost its case against the powers and privileges committee’s fairness and procedure in a 29 January 2018 judgment by the Western Cape High Court.

The 2019 Gordhan Budget speech disruption case against the 16 EFF MPs had been delayed by a week from 17 November 2020 because while notices were served on 5 and 6 November, the EFF MPs were not supplied with the Hansard, that’s the official transcript of proceedings, and video material.

And so Tuesday 24 November 2020 was Day 1 of three days set aside for the powers and privileges hearing.

The EFF MPs’ legal representative was unable to meet Tuesday’s powers and privileges committee date because of the need for a Covid-19 test after having been told of exposure to a person who had tested positive.

The test came back negative, and lawyers just before Tuesday’s meeting indicated they would be available on Wednesday.

But Tuesday’s approximately hour-long discussions revolved around how Parliament’s powers and privileges committee should respond to the flurry of lawyers’ letters.

Powers and privileges committee chairperson Philly Mapulane ruled no discussion on legal representation could unfold as there was no application or request for that before the committee.

EFF MP Mbuyiseni Ndlozi, who serves on that committee, complained none of the correspondence had been made available even as the initiator talked to this.

“It is not fair giving a report on the correspondence, we should have been given printouts to read ourselves. You say so, but we don’t know. What kind of law and fairness is that?” argued Ndlozi, adding later: “The correspondence should have been brought to us so that we see. It’s a case we are obliged to be procedurally fair. You must not hide anything. You must not play a trick…”

Mapulane, who said he had had sight of the correspondence, agreed it should have been made available, and undertook that it would be.

While Ndlozi carried a win on this, not so much on arguments for automatic legal representation.

Mapulane interrupted to say there’s nothing to discuss because the required application for legal representation had not yet been made.

That, undoubtedly, will be the fight for Wednesday – and possibly, even the courts as already indicted in correspondence – as the EFF Stalingrad legal tactics unfold. DM