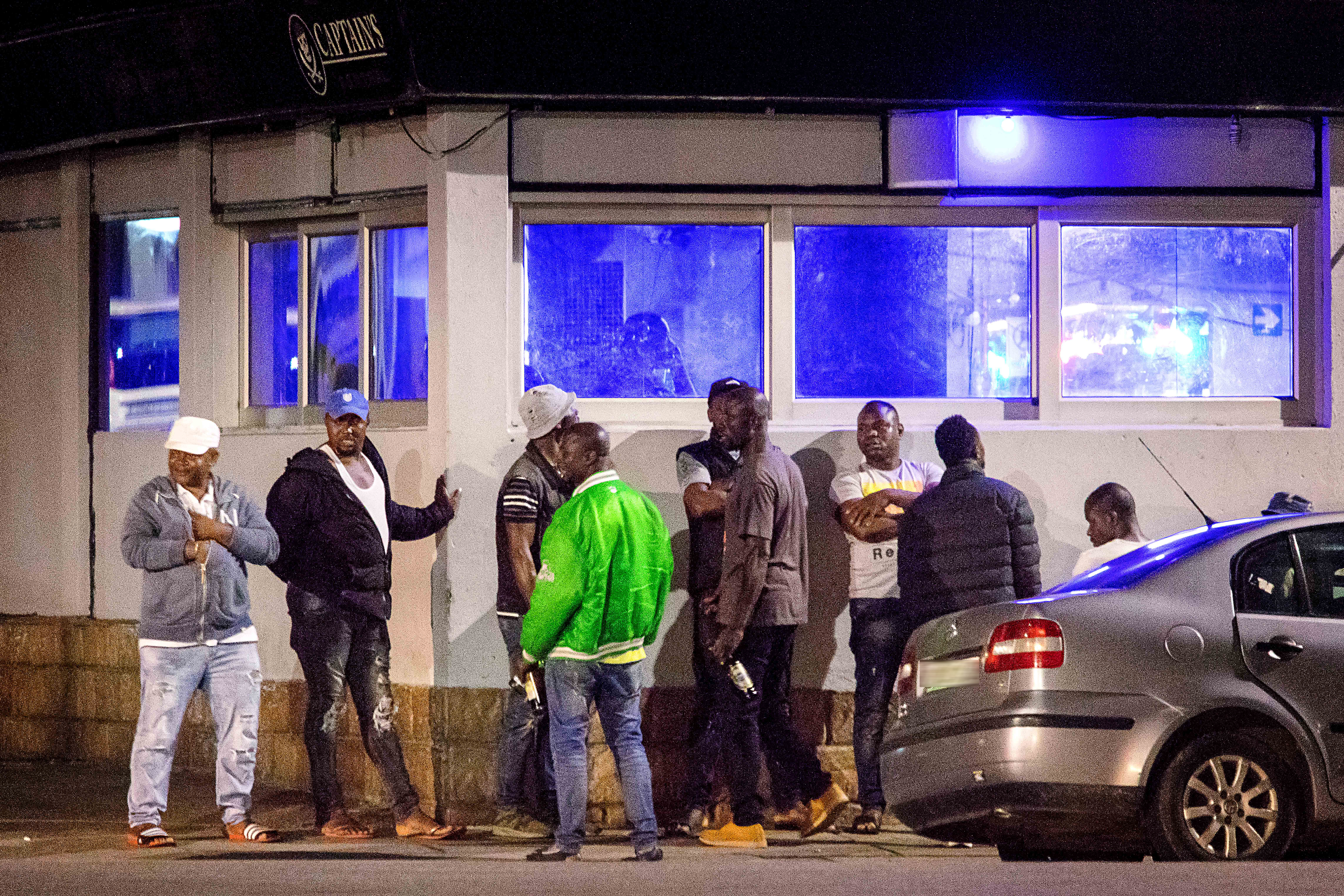 As health officials revealed their latest statistics that one in four patients being treated at hospitals in Nelson Mandela Bay for Covid-19 does not make it out alive, tavern owners in the metro have been warned not to ‘push government into a corner’. Compliance investigators again discovered hundreds of revellers over the weekend partying the night away without masks, social distancing or hand sanitiser.

With 941 new cases of coronavirus infections recorded on Sunday, Nelson Mandela Bay accounted for 42% of the country’s new cases and according to the latest epidemiological report from the Department of Health, the virus is claiming the lives of more than one in four patients being treated for Covid-19 in hospital.

The report adds that 75% of these deaths occur in the public hospital sector.

The number of active cases in the Eastern Cape was 9,125 with 6,045 identified within the Nelson Mandela Bay metro.

At the main Covid-19 hospital in the metro, Livingstone Hospital, a 73-bed ward created five months ago in its basement, is still not in use. Each bed has an oxygen access point.

The ward was shown to the Minister of Health Dr Zweli Mkhize last week, when two senior officials said it will “soon” be in use.

Eastern Cape Department of Health spokesperson Sizwe Kupelo said the ward was “being commissioned”. He said the hospital still had bed capacity.

“The provincial Covid-19 strategy has [as] one of its pillars… access to oxygen medical beds. A lot has been done across the province to increase the availability of this facility. In Nelson Mandela Bay hospitals more beds have been established and are now being commissioned to action,” said Kupelo.

“Livingstone Hospital has added 73 more beds to its existing capacity. These beds were planned from five months ago in anticipation of a sustained pandemic or harsher second wave. Nurses and doctors have been appointed as part of this commission exercise.

“The basement beds are ready to be occupied as part of our Covid-19 plan,” said Kupelo.

The report also cautioned that the incidence of coronavirus infections in other parts of the province, and specifically in the Buffalo City Metro (East London), Chris Hani District Municipality (a large health district that includes Queenstown, Cradock and Middelburg), and Amathole (stretching along the Sunshine Coast to Hole in the Wall) were increasing and districts with low transmission were also at risk.

After a lack of safety measure compliance, including the wearing of masks, sanitising of hands and maintaining social distancing, was raised by investigators looking into the origins of the current outbreak, several taverns were visited by law enforcement officials this past weekend.

The social accountability manager for the Eastern Cape Liquor Board, Mgwebi Msiya, said they carried out an operation at taverns and drinking spots in the Nelson Mandela Bay metro over the weekend.

“Some taverns were found not to be compliant. I must add that some taverns are following the rules to the letter. They have sanitisers, they adhere to the curfew for closing times, they only allow a certain number of people… but others… They are really, really, really breaking the rules,” Msiya said.

He said they had found large crowds, some drinking outside of demarcated areas, no mask-wearing and no hand sanitiser at the non-compliant taverns.

“There is also no social distancing,” he said. “We have issued them with compliance notices and we will return within 30 days to see if they have changed their ways,” Msiya said. “We can suspend their licenses,” Msiya said.

Police were conducting their own raids, Msiya said.

“We warn the tavern owners that they are pushing the government too far. We tell them that we can revoke their licenses. We are also doing education.

“The problem goes a bit further than just the tavern owners. There is a huge problem with the young people who are heavy drinkers. It is a growing problem, not only in Nelson Mandela Bay, but elsewhere in the province as well,” Msiya said.

The ban on liquor sales had a heavy impact on the liquor industry in the province, he said. “Some taverns had to close because they did not qualify for the small business relief that was offered by the government.

“This is part of our message to the ones who are still open. They must start behaving now to avoid another ban. We tell them that the government can close them all down again. We say: We don’t want to push the government into a corner. It will be a very heavy blow if this happens again,” Msiya said. MC/DM