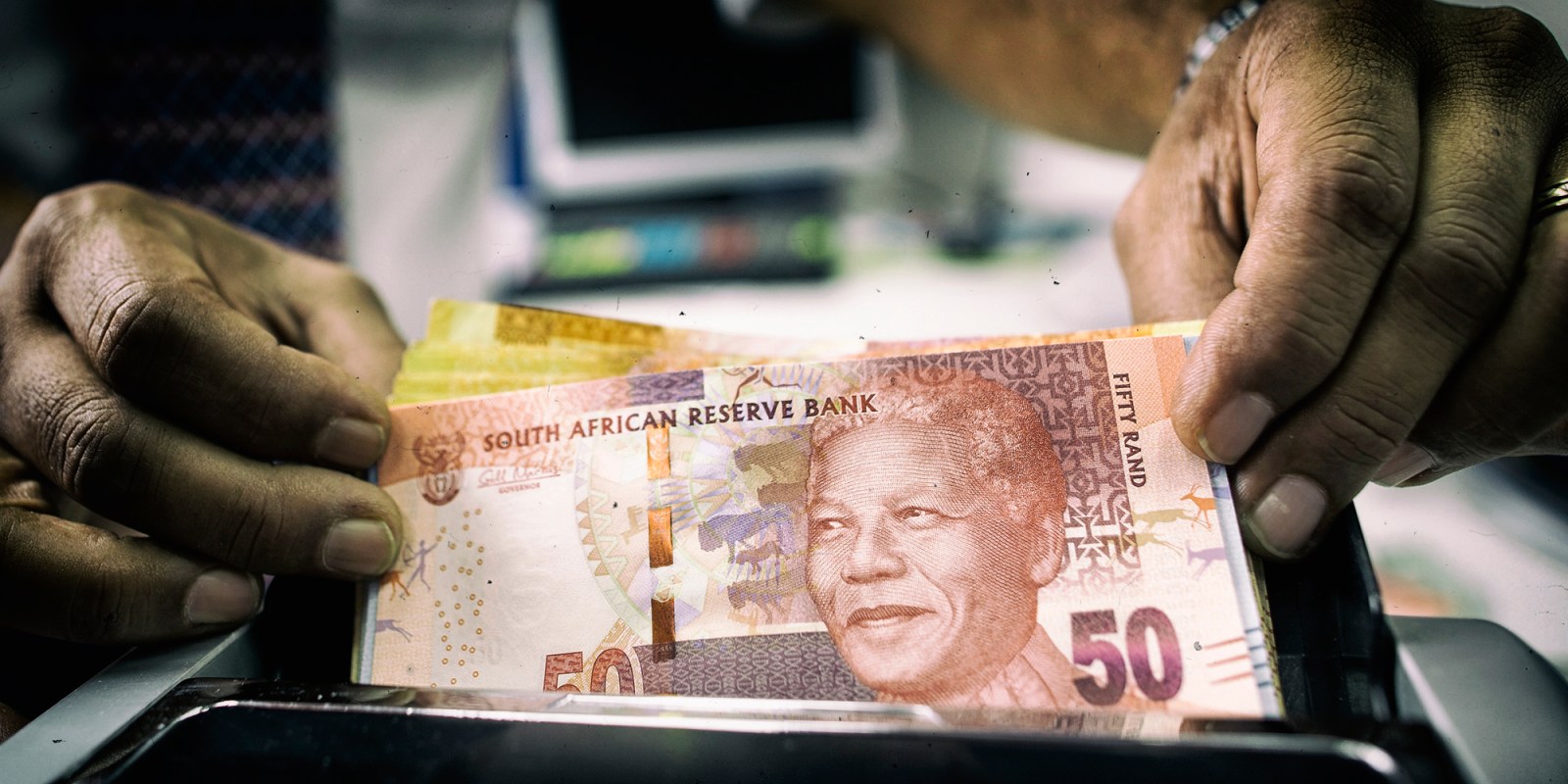 This move by the Government Employees’ Pension Fund might be viewed by market watchers as the pension fund taking a view against state-owned enterprises – especially those that are beset by poor governance and financial problems.

For the second year in a row, a pension fund that plays a pivotal role in SA’s investment world and economy has withdrawn financial support for troubled state-owned entities (SOEs), including Eskom, Transnet and SA National Roads Agency Limited (Sanral).

The Government Employees’ Pension Fund (GEPF), which manages the pension savings of 1.7 million public servants and has R1.87-trillion in assets, has pulled out the most money from its SOE investments in the bond market in two years.

According to the GEPF’s annual report for the year ending March 2020, its exposure to SOEs fell by nearly 14% (or R20.5-billion) to R131.37-billion during the period from R151.84-billion in 2019. Even with this decline, the GEPF is still SA’s largest investor in the bonds of SOEs.

Like other investors, the GEPF purchases the debt (bonds) issued by companies on the open market with an expectation of being repaid the purchase amount and interest at a later stage. The purchase of debt effectively helps companies to fund their operational activities.

The GEPF board has authorised the pension fund to invest between 26% and 36% of its total assets (R1.87-trillion) in domestic bonds (issued by the government, municipalities, SOEs and JSE-listed companies) – of which the GEPF has reached the upper limit in terms of its asset allocation.

The year 2019 was when the GEPF started to reduce its exposure in SOE bonds for the first time since 2014 (see graph below). 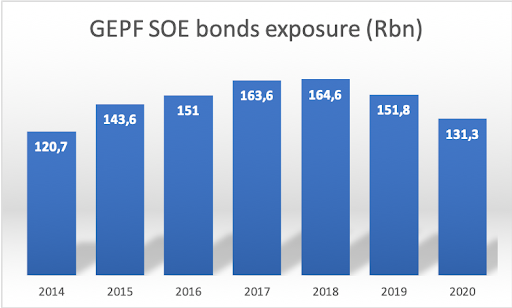 This move by the GEPF might be viewed by market watchers as the pension fund voting with its wallet and taking a view against SOEs – especially those that are beset by poor governance and financial problems.

On the other hand, the GEPF told Business Maverick that it is not deliberately reducing its exposure to SOEs, but letting its SOE bonds mature and not reinvest its money. The Public Investment Corporation (PIC), the state-owned asset manager that invests on behalf of the GEPF, went a step further, saying there “isn’t anything sinister” about withdrawing support for SOEs. The PIC remains heavily invested in government bonds – arguably, much more heavily than would be prudent for competitive returns.

PIC CEO Abel Sithole said when the GEPF made investments into SOE bonds five to 10 years ago, SA’s economy was faring better than currently and SOEs were favourably rated by credit rating agencies such as Moody’s, Fitch and S&P Global. This, he said, made the investment case into SOEs strong.

“In the last couple of months, we have seen a deterioration in their credit ratings,” said Sithole at a media briefing last week after the release of the PIC’s latest annual report, without saying that this was the reason for the GEPF ditching SOE bonds.

Among the SOEs that have been downgraded by credit rating agencies over concerns that they might not be able to pay back debt or in line with the sovereign rating include Eskom, Transnet, Trans-Caledon Tunnel Authority, Development Bank of SA and the Industrial Development Corporation. The GEPF has reduced its exposure in all these SOEs.

“Some of these SOEs are actually making bond issuances that are attractive. Some of those are attracting potential investments and shouldn’t be dismissed,” he said.

For many years, the GEPF has been the largest buyer of Eskom’s bonds compared with its support for Transnet, Sanral and others. Since 2009, the GEPF has more than doubled the value of its exposure to Eskom bonds between 2010 and 2018 – even at the height of the State Capture years (see graph below). 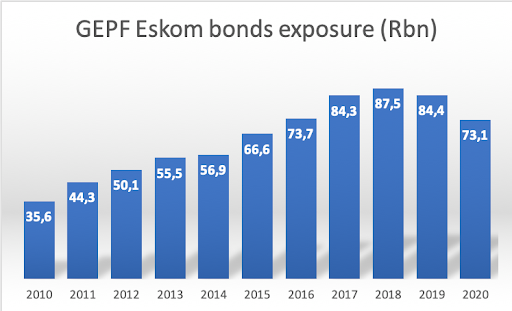 Beyond this, the PIC (on behalf of the GEPF) advanced a R5-billion bridging loan facility to Eskom in 2018 to fund its operations. It did so at a time when private asset managers such as Futuregrowth Asset Management drew a line in the sand by suspending funding to corruption-hit and poorly managed SOEs. DM/BM