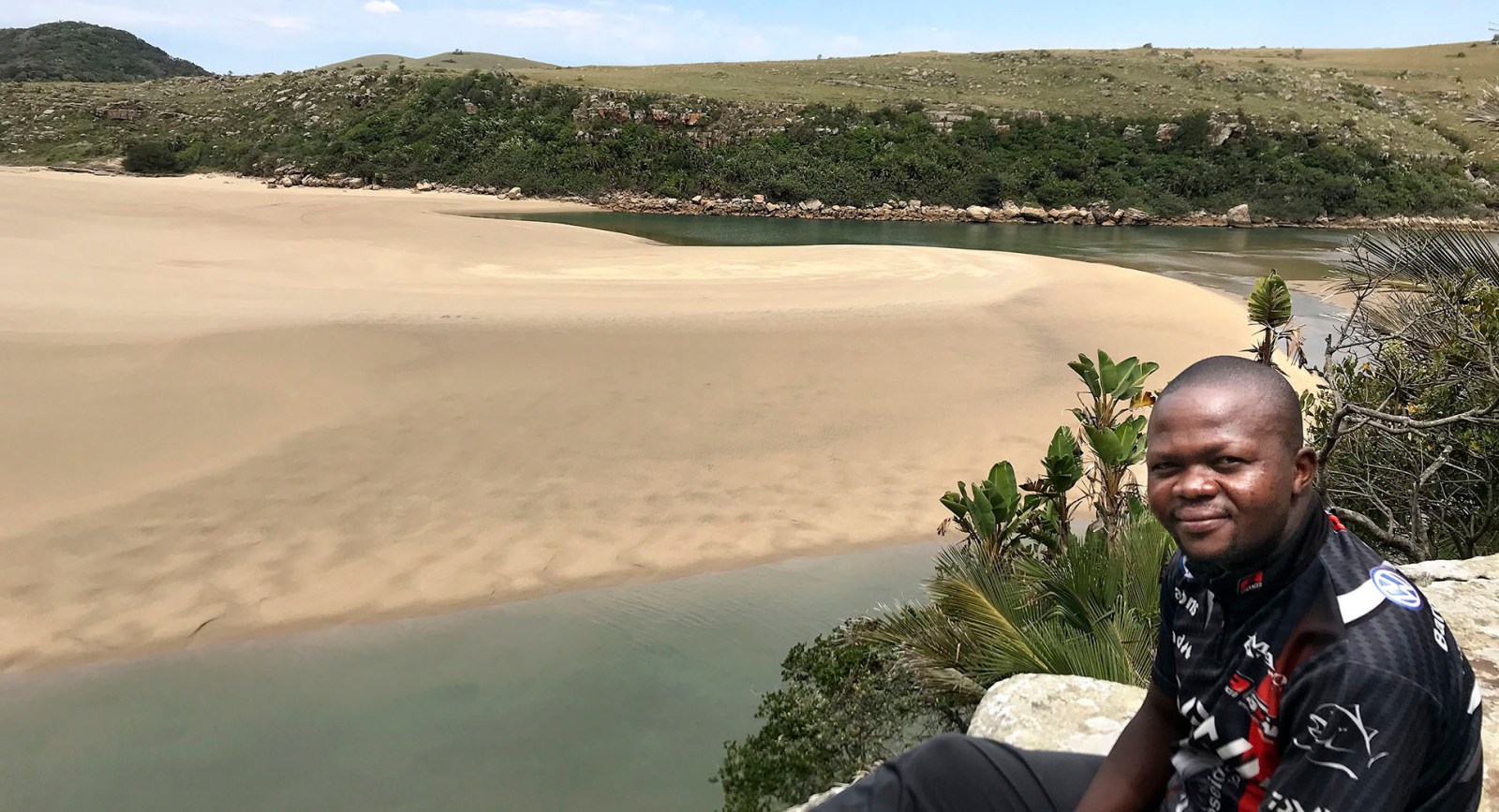 On Sunday Sibusiso Mqadi – the 35-year-old chairperson of the Amadiba Crisis Committee – was buried at his family gravesite overlooking the astonishingly beautiful Mtentu Estuary.

In a country where black people faced forced removal, the fact that Sbu was buried in such a beautiful location was no accident. Sbu now rests alongside ancestors who defended the soil where he is buried despite the onslaught of colonialism and apartheid.

Sbu used to speak powerfully about his ancestors’ decision to protect their land that led to their joining the Mpondo Revolt – one of the first successful acts of resistance against formalised apartheid.

As a youngster, he was told that his ancestors were presented with a choice: a pile of soil was placed on one side, money on the other – they were asked to choose.

They chose soil because, according to Sbu who spoke eloquently in this short video, “the money is useless because we are going to eat the money and then the money will be gone and after that we don’t have the land. And then they said no, we prefer the land, we choose the land, that’s where the fight was started because the people were choosing the land and the government was saying no.”

“That’s where the fight was started.”

A fight between a community with a vision and a racist government’s decision to impose “development” on them.

But Sbu did not grow up fighting. He was born in 1985 into a community of stalwarts for the African National Congress. And soon, the racist government was replaced by their beloved ANC, which they voted for overwhelmingly.

Services started to come to the area. The South African state partnered with the European Union to make significant investments in tourism and infrastructure in the area. Numerous jobs and income-earning opportunities were created through Amadiba Adventures, the award-winning tourism initiative in the area.

A defining feature of these projects was their emphasis on building on existing community initiatives based on consensus-building.

The land also allowed Sbu to grow into a formidable footballer for the Mtentu Hungry Lions, where his midfield prowess earned him the nickname “Tshwara Tshwara” (because his style resembled that of Orlando Pirates’ star Ben Motshwari).

So in childhood, the land his ancestors had preserved nourished Sbu and his family and his community.

But the community’s support for the ANC would soon be betrayed.

In the late 1990s plans were developed to strip the land from under Sbu and his community’s feet to mine titanium – the infamous Xolobeni mining project. And a long dreamt-of highway through the area was redesigned to intersect almost perfectly on to the Xolobeni mine’s proposed access roads.

Money was on offer. But Sbu did not take it. Instead, Sbu channelled his ancestors and chose the land. He joined the Amadiba Crisis Committee’s stand against the Xolobeni mining project and Sanral’s imposition of a toll road route to subsidise the mine.

The first time I met Sbu was my first trip to the area. He, and other members of the Hungry Lions, had been arrested as part of the SAPS’s continued harassment of anti-mining activists. I remember the day well. Sbu didn’t flinch. He didn’t hesitate. He laughed off the harassment and got straight back to the work of defending his community.

Not long after, tragedy struck. Sikosiphe “Bazooka” Radebe, the chairperson of the Amadiba Crisis Committee, was assassinated.

Sbu was forced to take the role of chairperson – a role many would say he was too young for.

He was expected to lead. And lead he did.

He supported the development of the community’s clearest demand: the demand for a #Right2SayNo to mining. And he spearheaded that fight into court within months of Bazooka’s murder.

Two years ago yesterday, the Pretoria High Court ruled in the community’s favour. It held that they have a right to informed consent prior to any decision to award mining rights over their land.

A historic victory for Sbu’s community, but also for communities across South Africa, newly empowered to negotiate with mining companies as equals.

Again, the ANC let Sbu and his community down. Minister Gwede Mantashe’s fight to steal communities’ #Right2SayNo back from them will soon be back in court.

But his spirit lives on.

Sbu was buried with the grey Nike sweatpants that he wore everywhere. And with his Amadiba Crisis Committee T-shirt and it’s clarion slogan: “imining ayiphumelele” (we don’t want mining).

He was also buried with seeds, symbolising his future role supporting his community’s harvests and, I’m certain, their defence of their land.

Together with his heroic ancestors.

I hope the community’s inevitable victory against Xolobeni mining and Sanral will eventually let him rest in peace.

Until then, and beyond, I know he will rest in power. DM/MC

Mqadi died on Saturday 7 November 2020 at the Inkosi Albert Luthuli Central Hospital in Durban after being hospitalised for severe abdominal pain.

Johan Lorenzen is an associate at Richard Spoor Inc, Attorneys who has worked on the Xolobeni litigation for more than five years.