South Africa has a viable, sustainable alternative in its plan for a ‘Just Transition’ 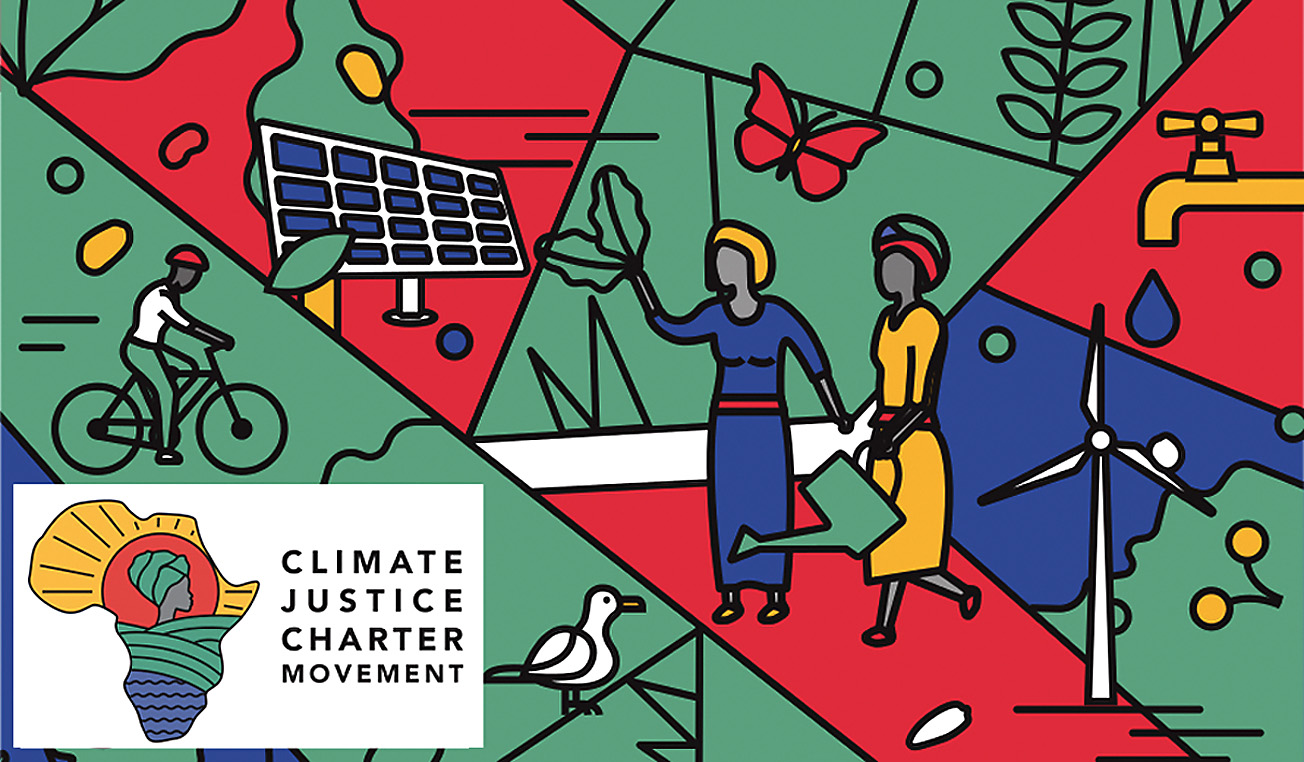 The threat of climate change is a very real challenge confronting our nation. Yet we have huge renewable energy generation potential in sun and wind. The way to do it is through communities mobilising around a sustainable future, using the Climate Justice Charter. All we need now is the political will.

If one looks at the history of our beautiful country, we learn many things about our cultures and our people. South Africans are resilient people and have overcome many adversities throughout our history. The very real challenge that is confronting us as a nation (apart from poverty, inequality, unemployment and gender-based violence) is the threat of climate change.

Fuelled by a greedy capitalist agenda, an apartheid legacy and a democratic state that has been self-serving to the detriment of its people for far too long, the extraction of raw materials and the burning of fossil fuels at an unsustainable rate has plunged the globe into a desperate situation. Who is likely to suffer as a result of the actions of the ruling class? Naturally it will be the poor and the working class. However, being the resilient nation that we are, I am hopeful that we will overcome and provide leadership in confronting this challenge.

The conversation around climate justice is well advanced. Activists from around the country are looking at taking us into an era of sustainability.

It is no secret that South Africa stands to lose a great deal from the impacts of climate change. Unlike other developing nations, we have nobody to blame but ourselves. South Africa records the 14th highest carbon footprint globally. That is worse than some developed nations. This is largely due to our reliance on coal as a source of energy generation. If we do not do something about our poor environmental management system soon, we will suffer a devastating fate.

Already we are seeing the impacts of climate change. The recent droughts in the Western and Eastern Cape have been exacerbated by climate change, resulting in the total collapse of water security in the Eastern Cape and a deepening of water insecurity and inequality of access in the Western Cape. More frequent flooding in certain regions of the country that have created crises have also been on the rise. Rising sea levels as a result of the melting ice caps will also create devastating impacts on our vast coastlines in future.

It is also no secret that South Africa has huge renewable energy generation potential. The African sun shines brightly on our beautiful country. The winds along our coastline blow with vigour. Together, they provide an unlimited source of energy, more than enough to meet our needs. It then begs the question why it has taken so long for us to move towards a sustainable future.

“A Just Transition secures the future and livelihoods of workers and their communities in the transition to a low-carbon economy. It is based on social dialogue between workers and their unions, employers, government and communities. A plan for Just Transition provides and guarantees better and decent jobs, social protection, more training opportunities and greater job security for all workers affected by global warming and climate change policies.”

The transition to a more just and sustainable future cannot be done the same way as in the past. The only way to do it is by communities leading the charge. A top-down approach will not work and will result in the same poor outcome that got us to where we are today. A top-down approach removes the agency from people. We have too many examples in our country of citizens taking ownership of their environment for this kind of dismissive approach to be the chosen method. A grassroots approach is the only way.

The transition must be democratic.

We need to be innovative in our thinking. With the dawn of the Fourth Industrial Revolution (4IR), jobs are already being eroded and this has been exacerbated by the Covid-19 pandemic. As with the 4IR, a transition to a sustainable future is going to come at a great cost to the workers employed in the energy generation sector. The responsibility to ensure that this does not happen falls on all of us. What is quite apparent in the example of Covid-19, is that one cannot use a blanket approach to changing conditions. Each community will require specialised and unique approaches if the changes made are to be successful and long-lasting.

Globally, and particularly in Europe, countries have begun the transition to renewable and sustainable energy.

An ideal example is that of Germany. The Rhur region was a coal-dependent area. The industry in that area employed about 37,000 people. They were able to successfully become coal-free by 2018. This process did not happen overnight, it took decades to complete. They were able to mitigate the potential negative economic factors by establishing early pension schemes for the oldest and career-change opportunities for the younger workers.

A similar approach was adopted in Spain, with the government committing to close most of its coal mines.

One common and very important element of these examples is investment. In the case of Rhur, the German government invested €17-billion (R306-billion) in the project. Spain has committed to invest €225-million over the next decade, in addition to them securing European Union Aid funding in the sum of €2.1-billion.

The South African coal industry currently employs 92,230 workers. This number is substantially higher than those in the examples above. This brings its own challenges and will naturally require that we adapt our approach to suit our context.

One may argue that South Africa doesn’t have the financial capacity to transition just yet. This is a fallacy. If one looks at the amount of funding that is pumped solely into state-owned entity bailouts and other wasteful expenditure, a better understanding of the financial position of the state becomes apparent. Factor in corruption and maladministration, and it is clearer still that there is more than enough financial capacity to support a just transition.

All it requires is the political will of our state.

The picture seems gloomy for South Africa at the moment. We are at a crossroads in our fight against climate change. The signs from a government perspective are also not encouraging, with the discussions around a nuclear deal to secure alternative energy sources becoming increasingly advanced. This does not create a better future. What does create a better future is a government that heeds the call for real change and implements radical policies for the betterment of our people.

South Africa needs a plan. We need people to organise and to mobilise around the idea of a sustainable future. The Climate Justice Charter (CJC) supports this democratic deep transition plan in section 4.1 of the charter. Section 4 also expands on 14 further alternatives that are required to ensure that any plan to decarbonise is inclusive and democratic in its foundations. These alternatives are essential parts of a democratic deep “Just Transition”.

The future of our country has to be green. It has to be people-centred and it has to focus on social justice. The CJC envisions a society that is free from the exploitation of workers by corporations. It envisions food sovereignty, water security, renewable energy and clean energy public transport services that service our people.

For too long, the poor and working-class have been bearing the brunt of the impacts of the climate crisis. The CJC puts the power back into the hands of these people by proposing more flexible working hours, resting more and taxing the uberwealthy for their contributing role in the climate crisis.

The Climate Justice Charter campaign, in collaboration with Our Burning Planet and Maverick Citizen, will be publishing a weekly article from various constituencies and points of view, setting out the science and various perspectives and experiences linked to climate justice. This is the third in the series.

South Africa has a viable, sustainable alternative in its plan for a ‘Just Transition’