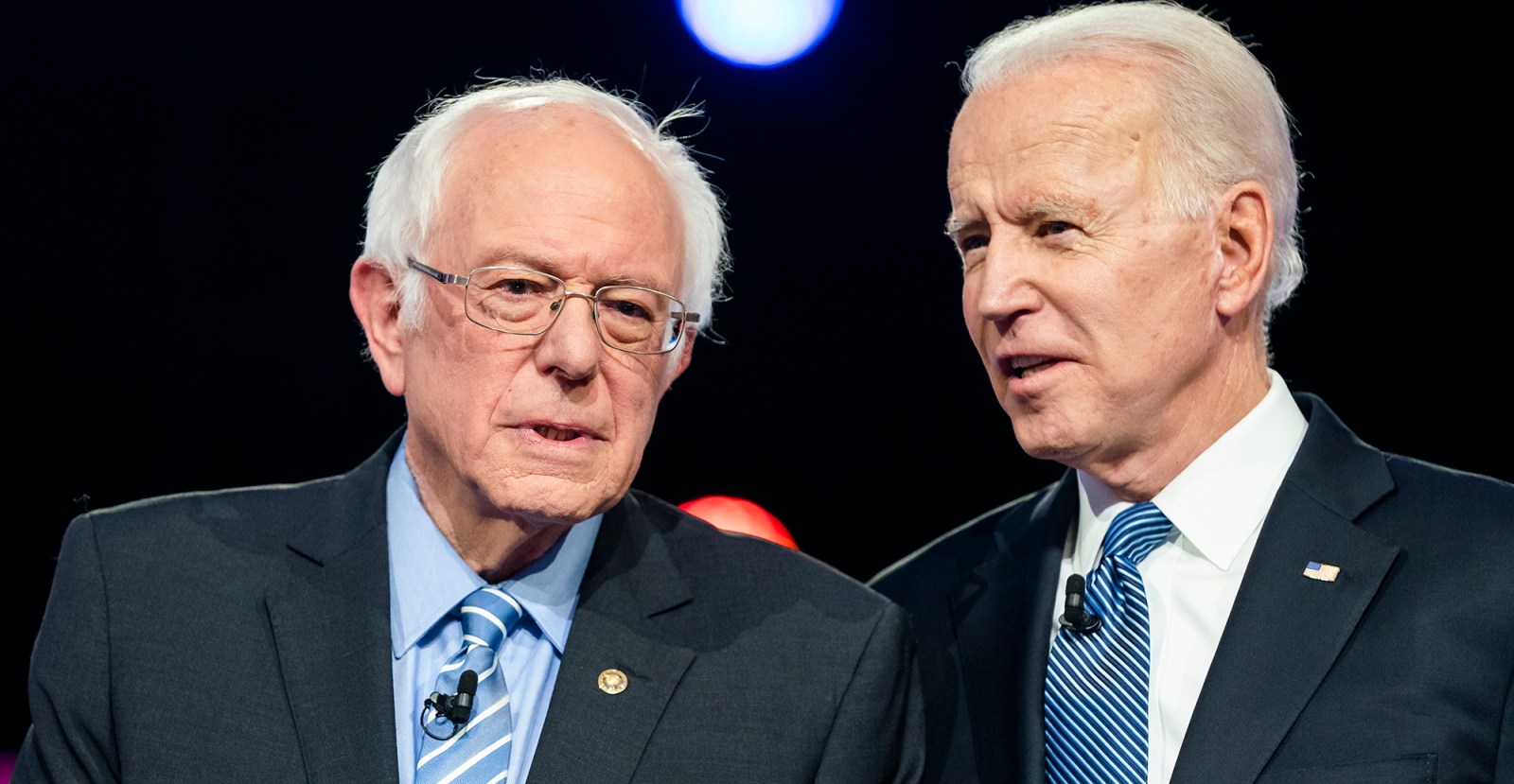 Is the American left’s lukewarm reception of the Biden-Harris victory justified, and does it really have reason to be sceptical about the progressive prospects of the incoming Democratic administration?

This article was first published on Al Jazeera.

Days after the 2020 presidential race was finally called for Joe Biden, there is still cause for progressive Americans who voted against Donald Trump and Trumpism to be concerned.

Support for Trump has increased in real terms – from nearly 63 million votes in 2016 to well over 73 million this year. Trump’s refusal to concede to his Democratic rival and his attempts to undermine the legitimacy of the election results with false allegations of voter fraud are increasing anxiety among those eager to see the demagogue leave the White House.

Moreover, post-election tensions are emerging between progressive and centrist factions of the Democratic Party who had not long ago joined forces to run a disciplined and unifying electoral campaign.

Centrists such as James Clyburn and Abigail Spanberger are holding the progressive wing of the party responsible for what they view as Democratic underperformance in the election, and casting doubt on the viability of running on a progressive platform in the two Senate runoffs in Georgia in January – which might end Republican control of the Senate.

Prominent left-wing intellectuals, meanwhile, are warning the Biden-Harris victory could end up being just a progressive “mirage”. In the immediate aftermath of the election, Judith Butler issued a powerful rebuttal of Trump and Trumpism but also distanced herself from the centrism of president-elect Joe Biden and vice-president-elect Kamala Harris.

Naomi Klein also voiced her pessimism about the progressive prospects of this ticket. In a recent opinion piece, she criticised the Democratic Party’s inability to gain widespread popular support, and, echoing Butler, stressed that “a great many people did not vote for Joe Biden; they voted against Trump”.

Is the left’s lukewarm reception of the Biden-Harris victory justified? Do we really have reason to be sceptical of the progressive prospects of the incoming Democratic administration?

As the vote count reaches the final stages, Biden’s win is looking much more decisive than it did in the early post-election days. He is now leading with 6 million votes nationally and has registered the largest number of votes for a US president ever, in an election marked by the highest voter turnout in more than a century.

He managed to flip Wisconsin, Michigan and Pennsylvania, where Clinton lost to Trump in 2016. He also scored historic wins in Arizona and Georgia, traditionally Republican states.

Biden and Harris have benefited from the mobilisation of a broad multiracial coalition of working- and middle-class voters. Black voters were decisive in key battleground states in the midwest and in Georgia, especially in urban and suburban areas. Latinx and Native-American votes were crucial in flipping Arizona, and Latinx votes played a significant role in turning Wisconsin blue.

Democrats also gained the support of white working-class voters in the midwest, showing the dominant narratives about this group were incomplete.

A major surge in youth voter turnout benefited the Democrats, which bodes well for the future. Young voters, especially black and Asian Americans, supported Biden in great numbers. This increased support from younger generations shows that this year’s mass protests for racial justice have brought real gains for the Democratic Party in the ballot box.

This is an important shift from previous years when similar forms of popular mobilisation did not always translate into electoral politics. The Black Lives Matter movement, climate justice organisers and Latinx migration rights activists played a significant role in the Biden-Harris victory.

Cori Bush perhaps embodies this development best – a grassroots activist and a nurse, she went from the streets of Ferguson to the House of Representatives, on a promise to help address systemic racism and economic inequalities through concrete policies designed and implemented in the federal legislature.

Bush and her fellow rising stars of the left in Congress, such as Alexandria Ocasio-Cortez, Ilhan Omar, Rashida Tlaib, Ayanna Pressley and Jamaal Bowman, have successfully placed social, climate and economic justice demands on the political agenda: data from exit polls tells us that Democratic voters are very concerned about racial inequality, the coronavirus pandemic, healthcare policy and climate change.

From early on, pundits have adamantly praised Biden’s pragmatism.

What most analysts failed to notice, however, is that the left of the Democratic Party has grown savvier and more pragmatic as well. Through relentless grassroots activism and frank dialogue, they have strategically built a coalition with the centre of the party to deliver a decisive win for Biden and Harris.

It is the same pragmatism that led Stacey Abrams in Georgia to carry on one of the most effective campaigns of voter mobilisation among populations whose right to vote has been regularly suppressed. Pragmatism has also led the Biden-Harris ticket to embrace progressive policies in their programme.

The transition team’s plans state the intention to substantially increase federal government intervention in the handling of the coronavirus pandemic, including creating jobs in public health, boosting domestic manufacturing of personal protective equipment, and providing economic aid to the unemployed, workers and small businesses.

The plan mentions using the Defense Production Act, which would give significant leeway to Biden to make bold moves to bring back the state into managing public health and the economy even if finding a majority in Congress might prove difficult.

Biden and Harris promise massive investment in green infrastructure as well as the manufacturing, caregiving and education sectors.

The new government aims to “create millions of good-paying union jobs”, increase workers’ ability to organise and to engage in collective bargaining, increase protections such as paid family and sick leave and increase minimum wages to $15 an hour. The president-elect and the vice-president-elect also want to increase taxation for the rich and big business and reinforce and expand Obamacare.

They talk openly about the need to boldly address systemic racism. On this issue, the measures proposed are still vague, but the commitment to police reform legislation and reducing the prison population sets the agenda for pursuing deeper changes in the future.

The new administration knows that they will have to deliver on the expectations raised by the overwhelming support the majority of Democratic voters have for the Black Lives Matter movement. Of course, it would be naïve to think the US will dismantle white supremacy and turn into a well-functioning social democracy overnight – grassroots activists are well aware of that. Yet, the Biden-Harris administration does have a real shot at reversing the effects of decades of rampant neoliberalism and heightening inequalities.

The need for unity

The new government will not have it easy.

Biden will have to move fast in the middle of a pandemic that continues to ravage the lives and livelihoods of millions of Americans, with a divided Congress and a divided country where voter support for Trumpism is on the rise.

Trump’s racist, sexist and incompetent rule culminated in the disastrous mishandling of the pandemic, and yet, the incumbent president’s campaign deployed a sophisticated propaganda machinery that delivered targeted disinformation, ranging from coronavirus denialism to stoking fears of a communist takeover and more. These messages emboldened Trump’s white followers, kept Republican core support among older voters and made significant inroads into conservative Latinx communities in Florida and Texas.

With Trump on the way out, the end game for right-wing media such as Fox News and for the Republican Party will be to keep riding the destructive and divisive politics of disinformation, fear and resentment that sustained the Trump presidency.

The effective mix of pragmatism and cautious optimism that has united the left and the centre of the Democratic Party in the ballot box is now needed to stave off the looming threat of never-ending divisions and internecine conflicts that Republicans will try to fuel and manipulate to their advantage.

The election results, and the spontaneous mass gatherings that saw Americans taking to the streets to celebrate Biden’s victory as much as Trump’s demise, show that the prospects for progressive gains under the new administration are good. DM

Vito Laterza is associate professor in development studies at the University of Agder, southern Norway. He is an anthropologist and analyst focusing on politics, economy and society in Africa and the West. He is also the chief editor of the blog Corona Times.