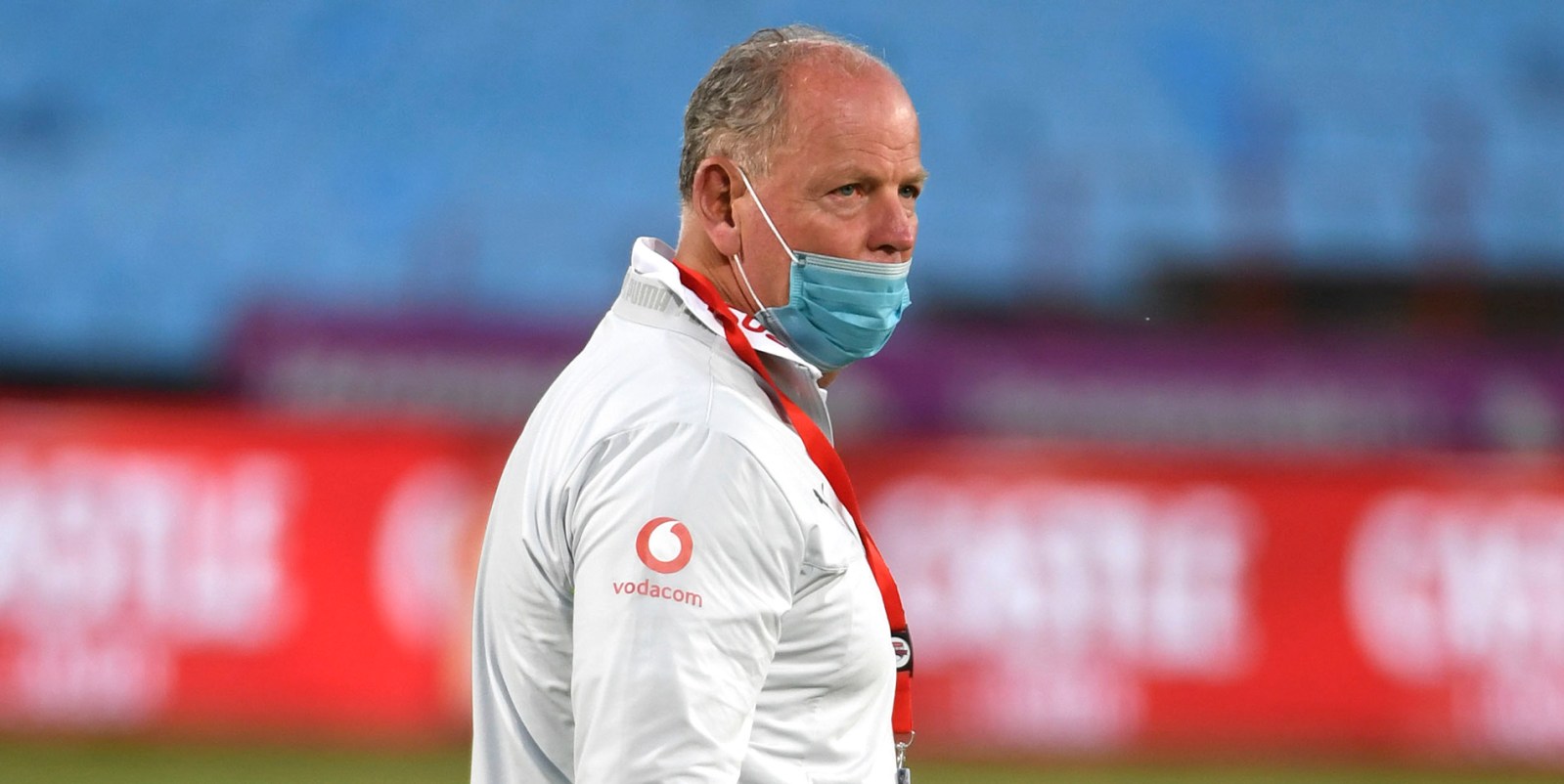 The Bulls have collected their first silverware under new coach Jake White and shown other positive strides under difficult conditions.

The Bulls’ senior side has not won a trophy for a decade, but that run ended with a comfortable 21-5 win over the Pumas on Saturday to claim the Super Rugby Unlocked title.

Of course, this was a hastily put together competition that was disrupted by Covid-19 issues that saw three games cancelled. It was a competition without a past and with no future. It will end up as a footnote in history and a future sports trivia question.

But no one asked for seasons to be turned upside down by the pandemic, and when play resumed, Super Rugby Unlocked was the best of limited choices SA Rugby had to give players game time and sponsors and broadcasters TV time. It was a one-round shootout for a new title and every team had an equal chance of winning it.

The Bulls were the most consistent side in the tournament and have certainly looked the best team for most of the competition. With the Currie Cup to follow, where the points gained in Super Rugby Unlocked carry over into the historic competition, the Bulls have a healthy head start.

They won five out of six matches and collected 23 log points. The Sharks and Stormers finished with 17 points on the standings.

“Winning the title is fantastic,” White said after the game. “Not just for me, but for the union. This union has not won any senior trophies for over 10 years, even though we have won lots of junior trophies.

“As you can imagine, there is a lot of excitement now, a lot of relief as well on the basis that we have the first round done and dusted. We are very, very happy that we can make the Bulls supporters proud again.

“We were fully aware of the fact that if we win this trophy, the Bulls will be the only South African franchise that has won Super Rugby. We didn’t want to allow another team in the country to win Super Rugby. I am fully aware as well that it isn’t the full-fledged Super Rugby, but the point is that if you go back to where we were six or seven months ago, I don’t think anybody would have given us a chance to win this trophy.

“There is a massive amount of happiness, relief and confidence we get out of winning this. A lot of these guys have waited a long time. Winning creates a habit. Now we know the feeling and hopefully when we get back into training on Monday we can go for the second round, which is another opportunity.”

White has certainly picked up a team that once dominated Super Rugby and the domestic game before a gradual slide into mediocrity. Before lockdown, Loftus Versfeld – once a teeming froth of 40,000 passionate supporters every week – had become an echo chamber with a few thousand diehard fans every week.

The atmosphere was hardly any different to post lockdown, with fans barred from stadiums because of Covid-19 restrictions. But the difference on the field was massive.

The new Bulls are starting to play eye-catching rugby built on strong set pieces, spiteful defence and a clever tactical kicking game. In other words, a typical White team, but with some added X-factor in the form of players such as Stedman Gans and Kurt-Lee Arendse.

With the Currie Cup looming, the evolution of the Bulls will gather pace and sharpness with an eye to next year’s entry into PRO16 rugby. And for White it was personal vindication for backing his own abilities and taking on the job of turning the fortunes of a once-great team back around.

“I signed for this franchise on the basis that they are a sleeping giant. This is one of the best franchises in the world. This is the Liverpool or the Manchester United of rugby,” White said.

“This was one of the reasons I came here, I wanted to get this union to win some silverware. I don’t take anything away from what we have done in the past, but even the guys who played in those glory years would be very happy to see that there is at least a young group of players who are winning something.”

It’s a good start for the new Bulls, but now the challenge is to see whether winning becomes a habit. DM