Despite recent wins, Bafana is still playing on the qualification field 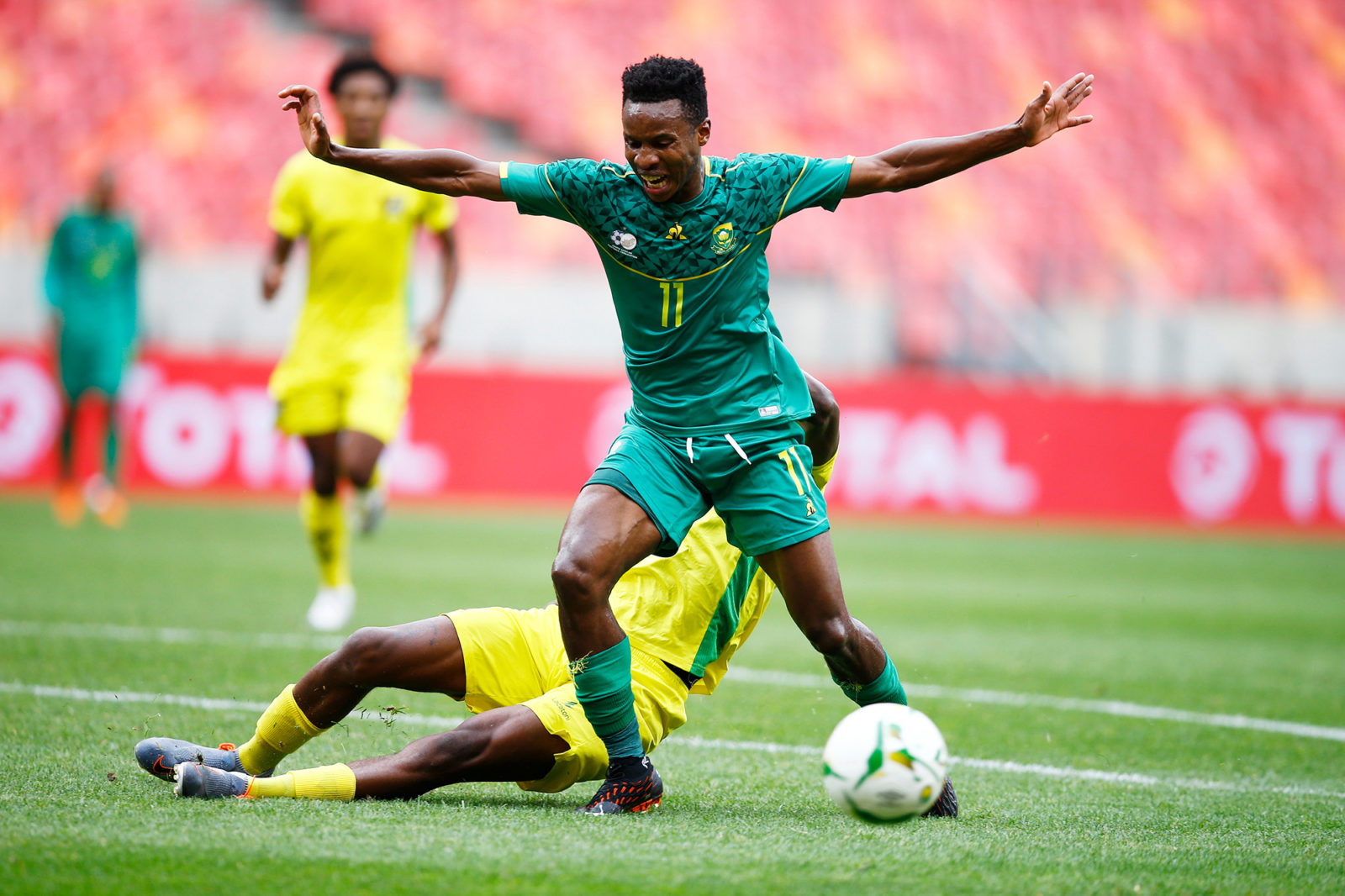 Should Bafana put on similarly shaky displays against Ghana and Sudan, they risk being heavily punished.

Bafana Bafana came away with the six points they were aiming for in their two ties against São Tomé as they strengthened their bid to qualify for the 2022 Africa Cup of Nations (Afcon).

Bafana Bafana ended the two-week Fifa international break having completed the mission they had set for themselves: to bank six points from their two matches against São Tomé in their Afcon qualification group.

In the build-up to the two fixtures, Bafana coach Molefi Ntseki said that six points against the team sitting at the bottom of Group C and winless was imperative in order to bolster their qualification chances.

Everything went according to plan, and Ntseki’s men ensured that São Tomé remained rooted to the bottom of the table and pointless after four games.

What the South Africans didn’t count on, however, was that third-placed Sudan would pick up three points against group leaders Ghana. The Black Stars had beaten the Sudanese 2-0 in Cape Coast, Ghana, in the first leg. In the return leg the Falcons of Jediane shocked them with a 1-0 victory at the Al Hilal stadium in Omdurman. The victory means that with two rounds of qualifying left, and scheduled to take place in March 2021, things are evenly poised in the group.

Ghana still sit at the summit, level on nine points with Bafana Bafana, but with a marginally superior goal difference. Sudan, after their shock victory over the Black Stars, are a further three points away from the duo.

The positive result for Sudan will have Bafana sweating slightly, especially considering that their final two fixtures will be a home game against Ghana, before they round off their qualification journey against Sudan away from home.

However, coming off this successful window against São Tomé, Ntseki is still confident that his team will do enough to qualify for Cameroon 2022. The coach has also hinted that they are aiming to finish as group winners. So, the confidence that they will do the job is certainly there.

What will be of concern going forward though is how they performed against São Tomé, despite their two victories.

Bafana netted six goals over the two games, winning 2-0 and 4-2 respectively. In spite of those seemingly convincing victory margins on paper, on the field things were far from smooth sailing for the 1996 African champions. As they duelled it out over the two legs, Bafana looked cagey and somewhat nervous, with the islanders making the South Africans sweat before they secured their victories.

Should Bafana put on similarly shaky displays against Ghana and Sudan, they risk being heavily punished. But Ntseki is adamant they can rectify the mistakes made in the two games against São Tomé.

“We had our backs to the wall … but kept faith and goals eventually came. We are fully aware of the mistakes we made conceding the goals. Next year in March we will work at it,” said Ntseki after the second game.

“That’s the pressure which we managed to deal with from the tactical side of it and the players’ side of it. But the pressure is not over yet because we still have to play Sudan and Ghana.”

Even if they do qualify for Afcon, with their current form it’s difficult to imagine them being one of the nations legitimately contending for the crown of African kings come 2022.

It’s even more difficult seeing them being one of the countries representing the continent at the Fifa World Cup in Qatar. They have failed to qualify for the last two editions of the global spectacle, with their last appearance dating back to 2010 when it was hosted here in South Africa.

Ntseki, with pressure mounting around him and his vision for the team from supporters, will be hoping to break that World Cup qualification hoodoo.

From May 2021 Bafana will duke it out with Zimbabwe, Ethiopia and Ghana once more, this for the sole spot in the second round of qualification for African countries.

For now, though, the coach and his players will step away from the national team satisfied after blocking out the naysayers and getting the job at hand done. DM168