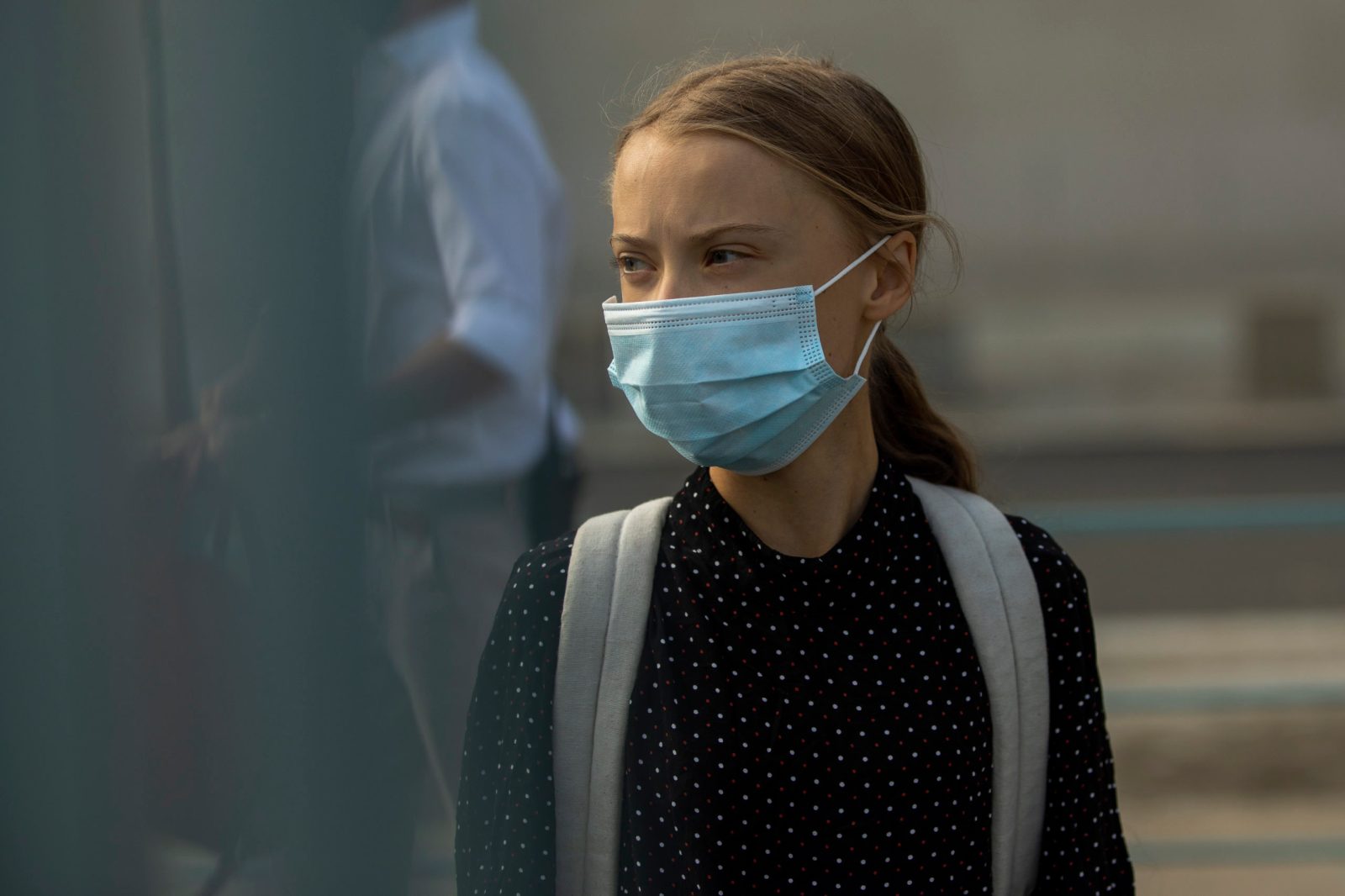 ‘I Am Greta’ ushers you through her snowballing career right from the first snowflake and poses controversial questions about the ethical implications of the Asperger’s climate hero’s reluctant fame.

Filmmaker Nathan Grossman heard through a mutual family friend about a girl named Greta who was refusing to go to school, and he decided to go film her climate protests outside Swedish parliament. He could never have known that two years later he’d be filming her on a high speed wind-powered boat, crashing its way through the Atlantic towards the 2019 UN climate summit in New York.

This voyage is where Grossman begins the film, with Greta Thunberg sitting quietly and motionless as a solemn howling wind rocks and batters her vessel. It is a fitting place to start, because the 13 000km sailing trip is the perfect allegory for her life. Greta has chosen an onerous journey through an ocean of ignorance, an isolating life without rest. She is willing to be pummelled by a tirade of unrelenting waves if that is what it takes for her to make some waves of her own.

Greta never expected to or wanted to be famous. Indeed, she is a naturally antisocial person, preferring the company of animals and her family, and has expressed that she only tolerates her new life in the limelight because of the environmental influence it affords her. This makes her fame controversial for several reasons.

A child should not have to give up her life and dreams to fight the defining battle of humanity – some would even say it is immoral to have let her. Nor should a child have to be exposed to public slander by leaders of the world, most of whom target Greta’s Asperger’s rather than her irrefutable position on climate.

“Sometimes it feels like those of us who have Asperger’s or autism are the only ones who see through the static.”

Most controversially of all, Greta doesn’t want any of this – she has struggled with depression throughout her activist career and the fact that she feels it is her responsibility to save the world is the ultimate damnation of world leaders.

Greta suffered from depression long before she was anointed as a celebrity. When she first learned about the climate crisis she dipped into a consuming sadness. She became selectively mute, speaking to nobody but her family for three years, and she starved herself to the point where her parents had to remove her from school for her own safety.

This extreme passion and moral purism is an expression of her Asperger’s, without which she has often said she is doubtful she would have had the focus to persevere with her activism: “Sometimes it feels like those of us who have Asperger’s or autism are the only ones who see through the static.”

But such antisocial behaviour does not coexist harmoniously with worldwide fame. We see Greta being swarmed with cameras and selfies after giving one of her early scathing speeches, “Soon it will be Monday and no one will recognise you anymore”, says her sympathetic father. “That’ll be nice”, she tragically replies.

I Am Greta ushers you through her snowballing career right from the first snowflake – a documentary she was shown at school. The sight of a diminutive 15-year-old Greta sitting all alone on the street with a placard saying “school strike for climate” would fill most self-respecting adults with shame. She looks so pathetic frowning on the pavement, wrestling back tears at the indifference of passing pedestrians. Initially, her school strike was even against the will of her parents, who have since become highly supportive.

An old woman finally stops, to speak to Greta, but merely to reprimand her for not being in school. With a contemptuous “meh” she waves her hand dismissively as if to say “there’s no hope for a delinquent like you”, and waddles away.

However we justify our actions, we all know deep down how serious the climate situation is, and there’s always more we could do, but we avoid the guilt of our neglect through comparison with our peers. Greta does not. Rather than being deterred by the apathy of others, it fuels her fire.

In an obvious sense, Greta’s story is the ultimate example of how one person can make a difference, but she might disagree with that narrative. Greta’s superpower is having the gumption to shake other people out of their indifference – she could never hope to save the planet without the cooperation of the rest of us (though one wouldn’t put it past her to try).

She has often struggled to shift focus away from her and towards her words, but people are so fascinated by her age and eccentric poise that time and time again they shine the spotlight in her eyes.

In a way I Am Greta problematically embodies the media’s obsession with her as an individual, eroding her privacy further. Much of the film’s appeal is the fascinating behind the scenes footage of her personal life and the human moments that are usually hidden behind a veil to protect her from the trolls and the paid-off pundits.

We see Greta dancing to silence in an empty room, or painstakingly brushing her beloved dog in a meditative motion. We see her father trying to convince her to put on smarter clothes before delivering her speech at the UN and rocking the world; or telling her that he won’t let her address the thousands of protestors until she eats a banana because she has to eat. We see her throwing temper tantrums and crying at her lowest of lows about the enormous stress that she suffers.

There’s something disturbing about many of these scenes, because they reveal her vulnerability. She is just a child, like any other child in most respects, but she has sacrificed her innocence, her privacy, and even her security for her beliefs. Greta’s father had to be trained in emergency protocol in case Greta gets rocks thrown at her while protesting, or there is an attempted assassination. Climate activists are murdered with alarming frequency, but Greta says this terrifies her less than the prospect of a dying earth, so she continues to deliver speech after speech after speech hoping her words will eventually sink in.

The documentary successfully conveys Greta’s frustration at having to repeat herself over and over, and that frustration is passed on to the viewer, having to watch her do so. While this affords an understanding of the tedium of her activism, it does make the film slightly tiresome.

I Am Greta plays things pretty safe. If you’d already taken any interest in Greta you’re unlikely to learn much about the legendary climate hero, but as the first full feature film about her, I Am Greta gets away with it through intimate footage and sheer intrigue. It will surely not be the last documentary made about Greta Thunberg, and as she inevitably becomes even more of a household name, the films that follow I Am Greta will become more biographically detailed and take more artistic risks, but it still offers a nuanced perspective on her extraordinary experience which will interest viewers. DM/ ML

I Am Greta is available for screening on the European Film Festival site from 12 – 22 November 2020 for a fee of R50.
You can contact This Weekend We’re Watching via [email protected]