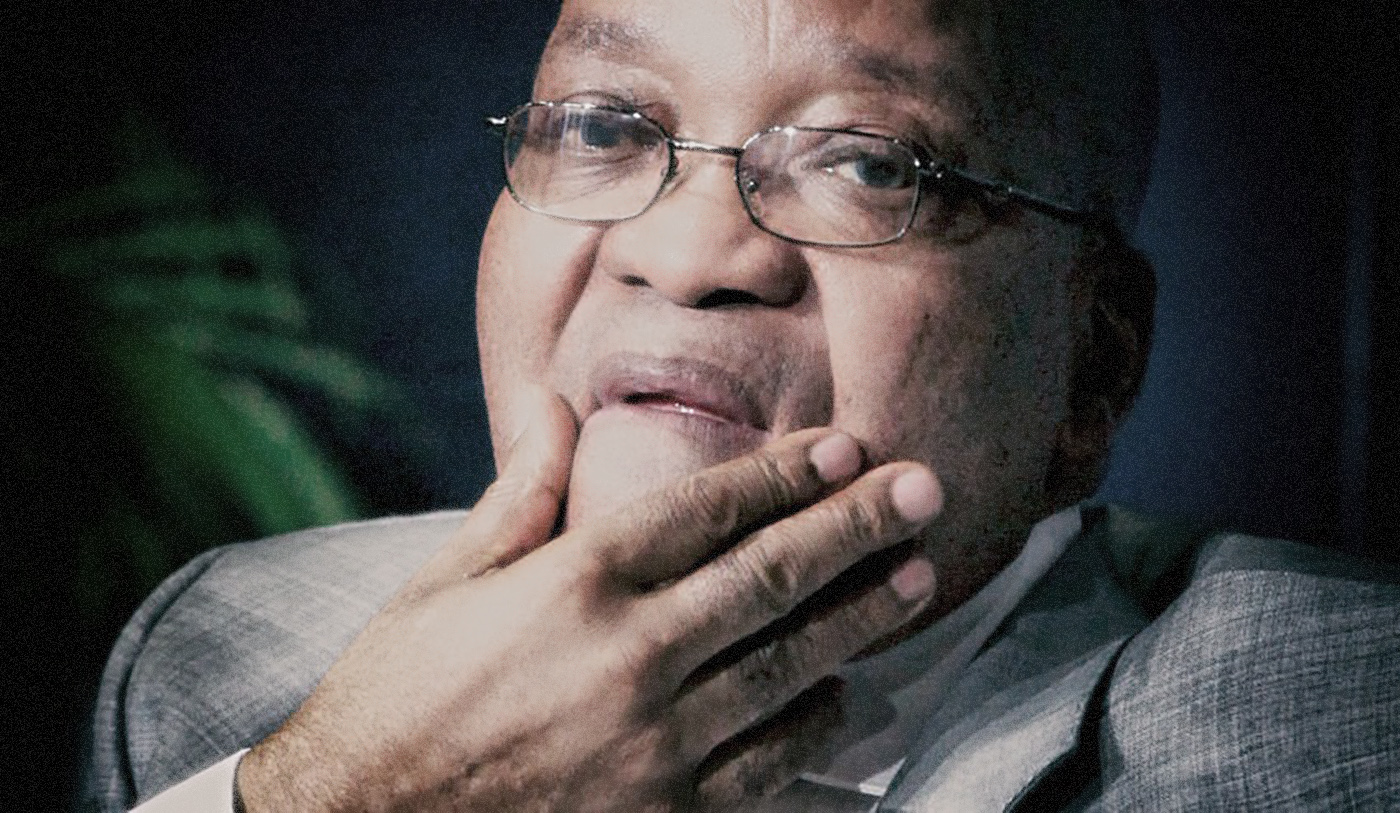 The absconding of the former president and his legal team was part of an orchestrated manoeuvre aimed at showing the middle finger to the Deputy Chief Justice, the Zondo Commission of Inquiry and the people of South Africa.

We had to wait an additional 48 hours for Deputy Chief Justice Raymond Zondo to deliver his ruling on Jacob Zuma’s application for his recusal from hearing Jacob Zuma’s testimony before the State Capture Commission. It turned out to be the precursor to an eventful day, that has far-reaching implications for constitutional democracy and the rule of law.

Having initially set down the ruling for Tuesday at 10am, there were several delays before it was duly handed down at 10am on Thursday. This was mainly due to Zuma filing a further affidavit with the commission on Wednesday seeking to rebut the statement made by Zondo at the start of proceedings on Monday in which he refuted the notion that he and Zuma were friends.

In a detailed ruling which took almost an hour to read out, Zondo meticulously dismantled the arguments put forward by advocate Muzi Sikhakhane on behalf of Zuma. He gave short shrift to the skewed interpretation that Sikhakhane put on the legal test for recusal – Zondo quoted the Constitutional Court judgment in the Sarfu case (in which Louis Luyt sought the recusal of Justice Arthur Chaskalson) which set out the test as being whether a reasonable person (not the applicant), being in possession of all the relevant facts, would apprehend that a presiding officer would not be able to bring an open, inquiring and fair mind to the consideration of issues before him or her. Sikhakhane’s argument that Zuma felt that Zondo was not being impartial was dead in the water.

But it was what transpired after the ruling was given that has attracted most interest and concern. Advocate Paul Pretorius, evidence leader for the commission, suggested that Zondo should consider directing Zuma to the witness chair to begin his testimony. From the moment the ruling on recusal was delivered, the summons to Zondo to testify at the commission from 16 to 20 November became “live” once again. Zuma was therefore bound to testify.

However, in response, Sikhakhane made it clear that he had instructions to review the decision of the Deputy Chief Justice in the courts, and stated that “we are excusing ourselves” from the commission. It was at this point that I believe Zondo made a tactical blunder.

As we have become accustomed, Zondo decided to take a tea break – this was one occasion when the affable Zondo should have sacrificed his brew. I believe that he should rather have directed Zuma to the witness stand immediately to face questions from Pretorius, thereby enforcing the summons. Zuma may have departed anyway, either by openly defying the man he appointed to head this commission and refusing to take the stand, or plotting his escape during the lunch adjournment. Had it been the latter we would, at least, have had two hours of Zuma in the witness stand, albeit repeatedly refusing to answer questions.

But that was clearly never part of the Zuma strategy. The absconding of Zuma and his legal team was part of an orchestrated manoeuvre aimed at showing the middle finger to the Deputy Chief Justice, the Zondo Commission of Inquiry and the people of South Africa, who are after all paying for this expensive exercise.

As the media statement from the Council for the Advancement of the South African Constitution (Casac) put it, “There can be only one conclusion: that Mr Zuma has no intention of appearing or giving evidence before the commission. Instead, he appears determined to undermine its credibility and authority to avoid or delay having to tell the country the truth of his time in office.”

In pursuit of all-out confrontation with Zondo, Sikhakhane astonishingly also announced their intention of lodging a complaint of judicial misconduct with the Judicial Service Commission (JSC). In this regard, Zuma finds himself in the same corner as fellow implicated person, Lucky Montana, who has filed a similar complaint. The basis for this complaint would be that Zondo was both witness and judge in the recusal matter. This was little more than a publicity stunt by Sikhakhane as he well knows that it is customary for the impugned presiding officer to hear applications for recusal.

We should rather focus on the behaviour of Sikhakhane and other members of Zuma’s legal team. If indeed they were accomplices in his running away from the commission in flagrant disregard of its rules (as they appear to have been), they too should be held accountable for their actions. Complaints to the Legal Practice Council would seem to be justified. They were well aware that for a witness under summons to be excused they require the approval of the presiding officer. They simply ignored the Deputy Chief Justice and their professional responsibilities; they have brought the legal profession into disrepute. They should not be allowed to get away with such unbecoming conduct.

The Commissions Act of 1947 clearly stipulates that anyone who fails to abide by a summons to provide evidence to an inquiry “shall be guilty of an offence and liable on conviction to a fine not exceeding fifty pounds or to imprisonment for a period not exceeding six months, or to both such fine and imprisonment”.

It is incumbent on the commission to flex its muscles and institute the appropriate criminal action and sanctions against Zuma. It can do this by ensuring that a warrant of arrest is urgently issued for Zuma’s defiance of the summons, have him arrested and brought before the commission on Friday while the summons is still alive.

It can, in addition, lay criminal charges against Zuma in terms of the Commissions Act and have the National Prosecuting Authority bring the case to court. Such action is essential to ensure that the commission is not seen as a toothless animal, and to extract accountability. It is this very culture of impunity, which Zuma continues to seek to exploit, that led in the first place to the establishment of the commission – that was the hallmark of State Capture and the looting of public resources.

The commission needs to send a strong message to Zuma and other witnesses who may seek to exploit a perceived weakness and avoid testifying. Our Constitution demands no less. DM

Lawson Naidoo is the executive secretary of the Council for the Advancement of the South African Constitution (Casac).