Violence on the Cape Flats plays havoc with employees a...

Violence on the Cape Flats plays havoc with employees and businesses 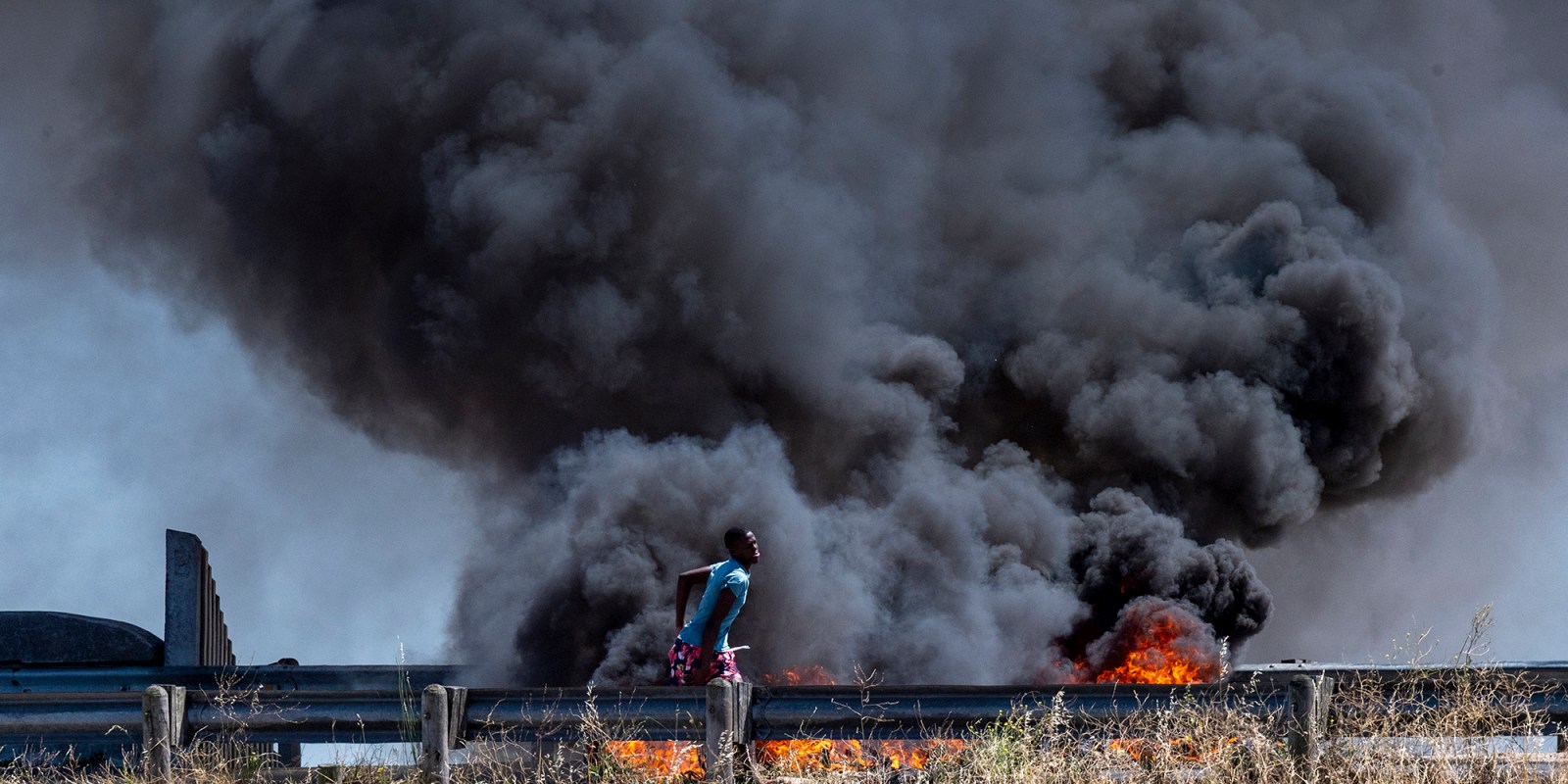 Objects burn during protests on the N2 highway on November 12 2020 in Khayelitsha. Violence has a long-term impact, and is felt on whole communities. (Photo: Gallo Images/Die Burger/Jaco Marais)

Financial services company RCS, which draws much of its workforce from the violence-ridden Cape Flats, recognises the deep impact this social ill has on its employees and, consequently, on its business. It has partnered with the Whitaker Peace and Development Initiative to try to shift the cycle of violence.

Several buses and a truck were torched during service delivery protests in Khayelitsha, Cape Town, last week, while roads in the area were closed after stones were thrown at motorists and tyres burnt.

For consumer finance business RCS, which runs a call centre staffed by 800 people, the immediate impact was that 20% of their staff did not arrive at work that day; the company provided transport to ensure they could get home safely and many employees left work early.

“This is a huge number, and it has a big impact on ‘business as usual’,” says Vikas Khandelwal, head of RCS’s holding company, BNP Paribas SA.

Absenteeism, post-traumatic stress and presenteeism (being present but not productive) are just a few of the human resource challenges that RCS faces on a daily basis.

“Over 76% of our employees are female and the majority of them live in areas of Cape Town with very high crime rates,” says Sandi Richardson, HR executive at RCS. “This is a deeply personal topic for us and has a profound impact on the way we run our business.”

“SA is marked by poverty, inequality and unemployment, which leads to high levels of social crime and violence in communities,” adds Kahndelwal.

“The absence of social inclusion, and violence are enduring obstacles to South Africa’s growth. The violence impacts employees’ physical ability to work, but not only that, when almost three-quarters of your employees live in constant fear, the result is psychological stressors that we as employers need to understand and support.”

Imagine going to work but all the while worrying about the safety of your small children while they are at daycare. Or whether your elderly, not-very-mobile parents will be safe at home.

RCS has factored the trauma of violence into its HR programme and has a 24/7 counselling service available. Being a financial services company, it seems obvious that it would also provide financial planning support and advice to employees. Worryingly, this is becoming vital as people are increasingly targeted by gangsters for “protection money”.

“In most cases, they will not tell us this,” says Richardson, “and we don’t know how deep the problem is.”

“Gangsters target you for protection money if you have a fridge or plasma TV. In some cases they demand your payslip,” Khandelwal adds.

The economic impact of violence on the South African economy in 2019 amounted to $99.9-billion in constant purchasing power parity terms. This is equivalent to 13% of SA’s GDP, or $2,533 per person.

This is according to the Institute for Economics and Peace which produced the Global Peace Index 2020: Measuring Peace in a Complex World. The study notes that violence and the fear of violence create significant economic disruptions.

“The direct costs associated with violence include the immediate consequences on the victims, perpetrators, and public systems including health, judicial and public safety. The indirect cost of violence refers to longer-term costs such as lost productivity, psychological effects and the impact of violence on the perception of safety and security in society.

“The multiplier effect represents the economic benefits that would be generated by the diversion of expenditure away from sunk costs, such as incarceration spending, into more productive alternatives that would better improve the economy.”

RCS is just one of thousands of South African companies affected by violence on an ongoing basis.

With this in mind, BNP Paribas and RCS have partnered with the Whitaker Peace and Development Initiative (WPDI) founded by actor Forest Whitaker. The organisation aims to foster peace-building, reconciliation, and social development in communities affected by conflict and violence.

“We are in this cycle, with employees who are physically present but not engaged. It affects their long-term career trajectory and it impacts the business. We needed to help to change the cycle,” says Richardson.

“Violence has a long-term impact, and is felt on whole communities,” says Siwe Dhlamini, a conflict resolution and peacebuilding trainer with WPDI.

WPDI estimates that there are 100,000 people actively involved in more than 130 gangs on the Cape Flats. It’s hardly surprising then that the murder rate has exploded by 60% over the last decade.

The result of this, Dhlamini says, is that communities become disempowered, evidenced by the fact that more than a third of people won’t do anything after experiencing violence or crime. This is either because they have become desensitised or because they fear to take action.

Others retreat, becoming less active and less connected to their communities and still others choose to arm themselves, demonstrating the cyclical effect of violence.

Together with RCS, WPDI is training 42 young people in peace-building, conflict mediation, business and entrepreneurship, and information and communications technology. WPDI has also established a learning centre in Athlone and hopes to incubate more than 80 small businesses in the next five years. The first batch of young peacemakers will graduate on December 3, after a one-year programme and will be employed as community “activists”, putting in practice the skills they have learned and recruiting the next group of leaders and peacemakers.

“We need to be offering people alternative life paths,” says RCS CEO Regan Adams. “In the process, we have gained a deep understanding of the ripple effects of violence.” DM/BM