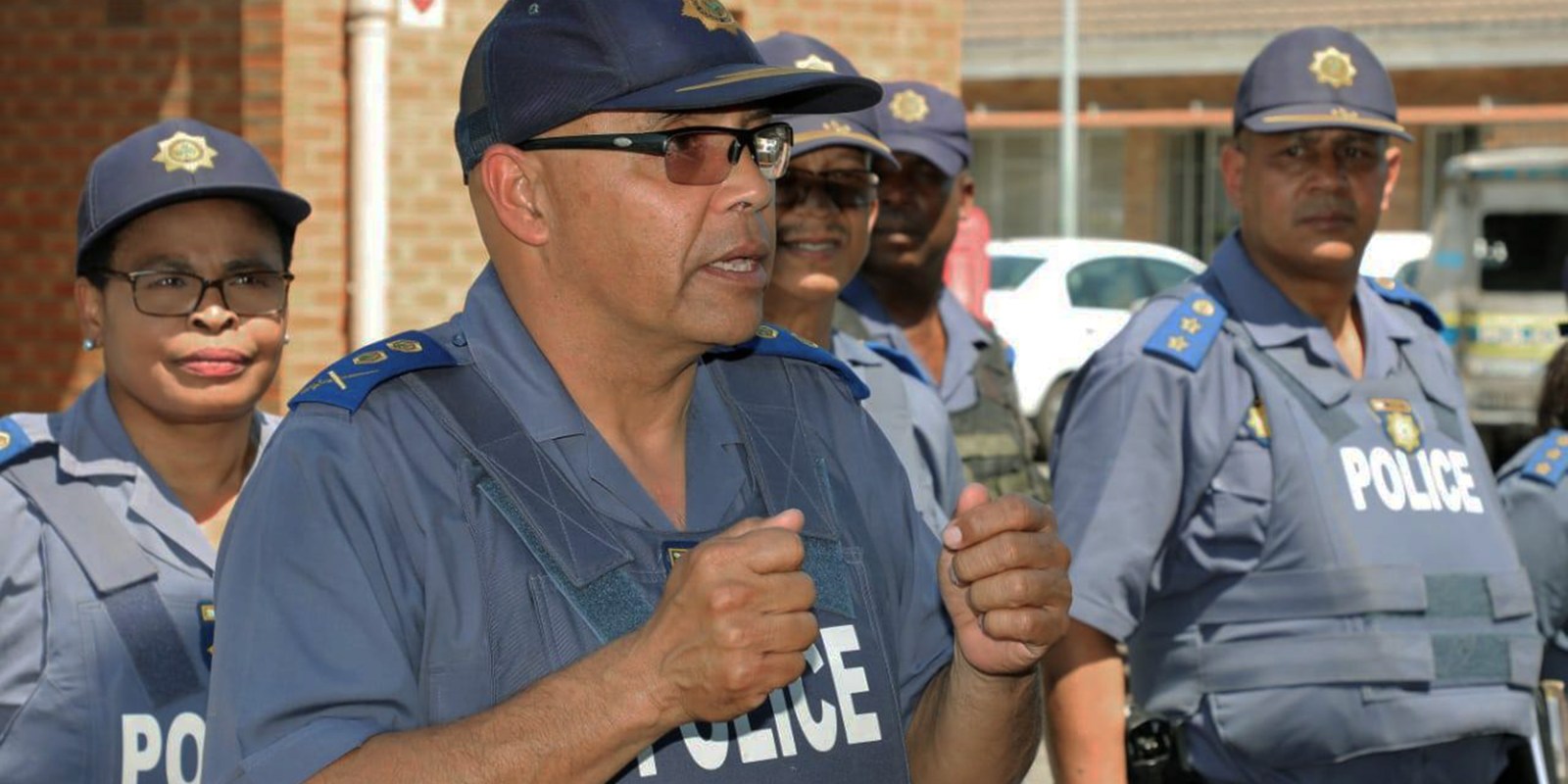 An investigation into a shooting incident on Tuesday night near the house of SAPS Anti-Gang Unit head Major-General André Lincoln will shed light on whether it was a failed hit and give clarity on who summoned the flying squad to his house.

Around 10pm on Tuesday, several shots were fired on the R300 highway outside Cape Town. SA Police Service Anti-Gang Unit (AGU) head Major-General André Lincoln’s home is adjacent to the road where the incident occurred and there were reports that the shots had been fired at Lincoln’s house.

Recounting the drama that unfolded, Lincoln said: “People drove past my house along the R300 when shots were fired. Shortly after the shots were fired members of the Flying Squad pulled up at my house.

“The AGU members didn’t notify them so we need to establish who ordered the Flying Squad members to my home.”

A reliable source told Maverick Citizen members of the Flying Squad were patrolling on the N2 highway when they were informed that shots had been fired at Lincoln’s house. They were dispatched to the scene.

Responding to the incident, police spokesperson Andre Traut said: “Kindly be advised that the circumstances surrounding the shooting incident are under police investigation. There is, however, no indication that the incident is linked to any of our members.”

But Lincoln said it could not be ruled out that this was an attempt on his life, adding that an investigation into the incident should be able to determine this. The AGU boss has security at his home and an armed escort.

“We know how to handle the situation. I’m not too worried, but I’m cautious,” he said.

Members of the AGU who spoke to Maverick Citizen said incidents such as these hung like a dark cloud over the unit. They said they were forced to watch one another’s backs and be extra vigilant when out on the job.

The incident near Lincoln’s house comes two months after AGU Lieutenant-Colonel Charl Kinnear was gunned down on 18 September in front of his house in Bishop Lavis.

It emerged that Kinnear’s movements had been tracked for some time before he was shot. His phone was pinged 2,116 times, right up until he was killed. Lincoln’s phone was pinged about 50 times. The phones of other AGU members were also pinged.

It seems the police who are being targeted are those who played a role in exposing a firearms racket that resulted in the arrest of corrupt police officers along with underworld figure Nafiz Modack.

Kinnear’s death has revealed that the cellphones of many prominent people, including lawyers and doctors, were being pinged.

A Johannesburg man by the name of Zane Kilian was allegedly behind the pinging of several phones, including that of Kinnear. Kilian is facing charges of murder, attempted murder and the unlawful interception of communications relating to the Kinnear murder.

He is also facing other charges, including attempted murder and the unlawful interception of communications, relating to the recent attempt on the life of Cape Town defence attorney William Booth.

It is yet to be determined who Kilian was working for.

In another twist in the investigation into Kinnear’s murder, a Randburg woman who shared information with Kinnear about the Gauteng firearms racket has reportedly gone missing.

Candice Watson was on her way to Cape Town to be interviewed by investigators, but never reached her destination. In a voice note sent to Kinnear, she said her daughter had been kidnapped on 23 January 2015 and her body had been found just over a week later. She had been trying to track down her daughter’s killers.

“I discovered my daughter’s phone was pinged. My husband committed suicide in the week before lockdown. My husband’s firearms that were removed ended up in Norwood police station and a certain police officer who took the guns was one of the individuals that was arrested by [Kinnear],” she said.

Police confirmed that, in the case of Candice Watson, a missing person report had been filed.

The case against Zane Killian has been postponed to 27 November 2020 for a bail application. DM/MC