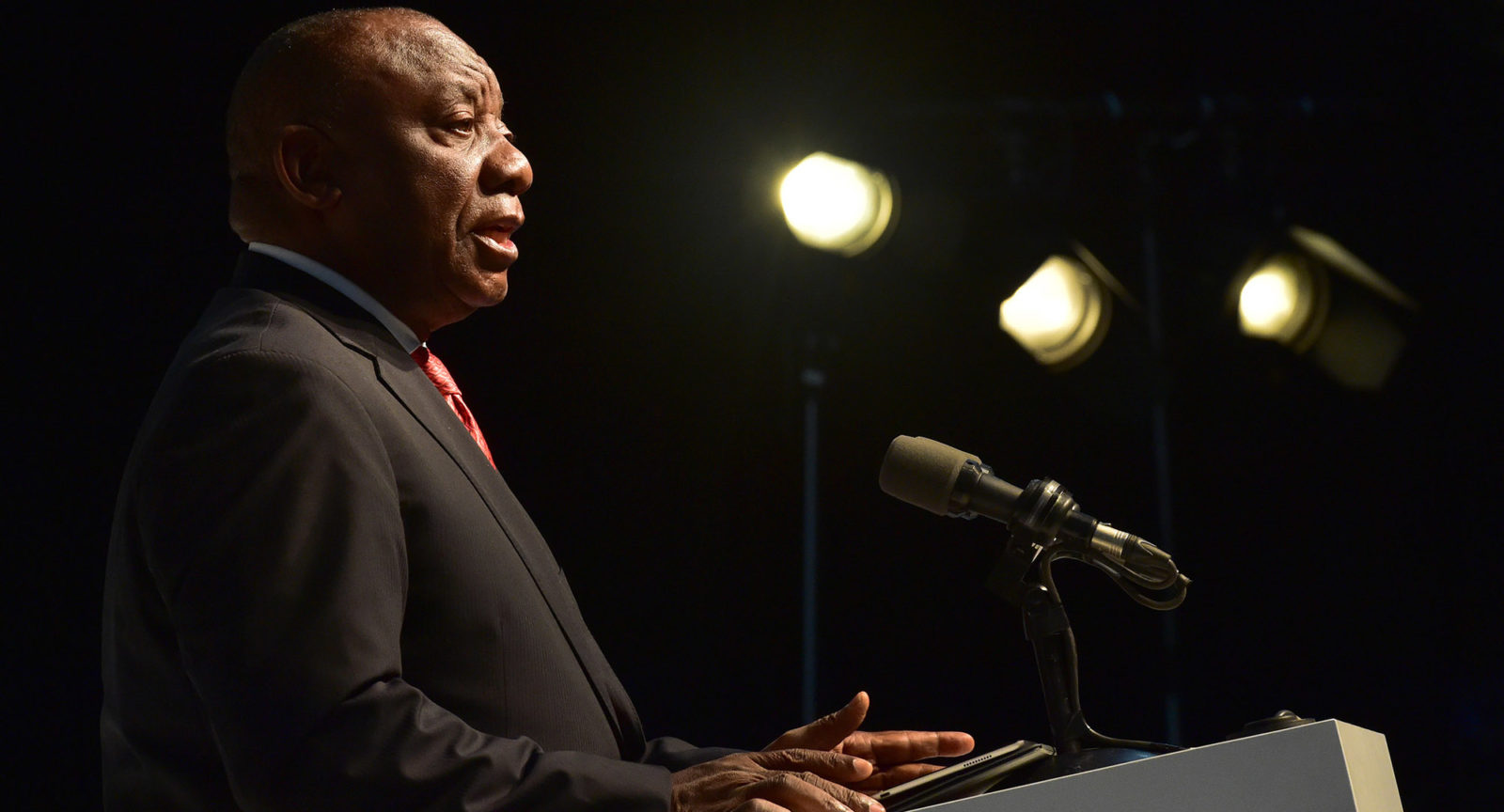 President Cyril Ramaphosa said the investment pledges will go far in rebuilding the economy in the wake of the devastating Covid-19 pandemic that has wiped out prospects of economic growth and job creation. (Photo: Flickr/GCIS)

The sum total of investment pledges that the president has secured since the start of his SA Investment Conference in 2018 is R773.6-billion. This comprises new investments and those announced before by local and foreign companies.

President Cyril Ramaphosa’s drive to raise R1.2-trillion over five years got a boost on Wednesday 18 November, when his third SA Investment Conference attracted R109.6-billion in investment pledges from local and foreign companies.

This brings the investment pledges that Ramaphosa has secured since the start of the conference in 2018 to R773.6-billion – comprising new investments and those announced before by companies and pencilled in their capital expenditure plans since 2017.

Ramaphosa’s team of investment envoys, which is responsible for marketing SA Inc to cash-flush investors, doesn’t yet have the exact data on the split between new and existing investment pledges.

But Trade, Industry and Competition Minister Ebrahim Patel, who is part of Ramaphosa’s investment team, said most of the investment pledges involve the expansion of existing projects/investments by companies. In other words, it is not a new investment.

Regardless, Ramaphosa said the investment pledges will go far in rebuilding the economy in the wake of the devastating Covid-19 pandemic that has wiped out prospects of economic growth and job creation.

“These investments will go a long way towards the recovery of the economy,” Ramaphosa declared, adding that he didn’t expect to attract investments this year from companies due to the pandemic.

“We didn’t think it [pledges raised] would come to R100-billion. We thought it would be lower than this. We even considered not hosting the investment conference, but Cabinet said we should.”

The conference is part of Ramaphosa’s campaign to raise R1.2-trillion in new domestic and international investments over the next five years to boost SA’s fragile economy and create jobs. If he reaches the target and the investment pledges are delivered, they are expected to add 2.5% to SA’s gross domestic product by 2022/23.

Ramaphosa said the third instalment of the investment conference was about the implementation and delivery of pledges made by companies over the past two years. In 2018 and 2019, companies had pledged R664-billion – involving companies building roads and other infrastructure, production factories, and investing in research and design, or commitments to extend funding to small and medium-sized businesses. Of the R664-billion in investment pledges, 70% were from domestic companies and the remainder was from foreign companies.

Ramaphosa’s investment envoys probably had their work cut out for them in marketing SA as an attractive investment destination to potential investors during an economic meltdown turbocharged by the Covid-19 pandemic.

SA’s economy, like others around the world, is expected to contract by more than 7% in 2020, according to forecasts by the government and business. Public finances have deteriorated further; the fiscal deficit (shortfall between revenue and expenditure) rose from 6.4% of GDP at the start of 2020 to 16%, and the national debt is expected to peak at 95.3% of GDP in 2026.

During the pandemic, many companies and money managers decided to either defer capital allocations to a later stage until the world is more certain, or worse, permanently mothball them. SA has already experienced this conundrum.

“Unfortunately, 21 projects – representing around 10% total commitments [worth about R66-billion] – have been delayed or are on hold as a result of the coronavirus pandemic. This means that despite the severe disruption of the last few months, the vast majority of projects are making steady progress,” said Ramaphosa.

The SA Investment Conference in 2020 is more important for SA’s fortunes because aspects of Ramaphosa’s recently published plan, which seeks to reboot an economy battered by Covid-19, depend on private sector investments.

The investment conference was also an event for Ramaphosa to showcase the plan to investors. DM/BM