Petmin defends its resettlement plan for controversial Somkhele mine 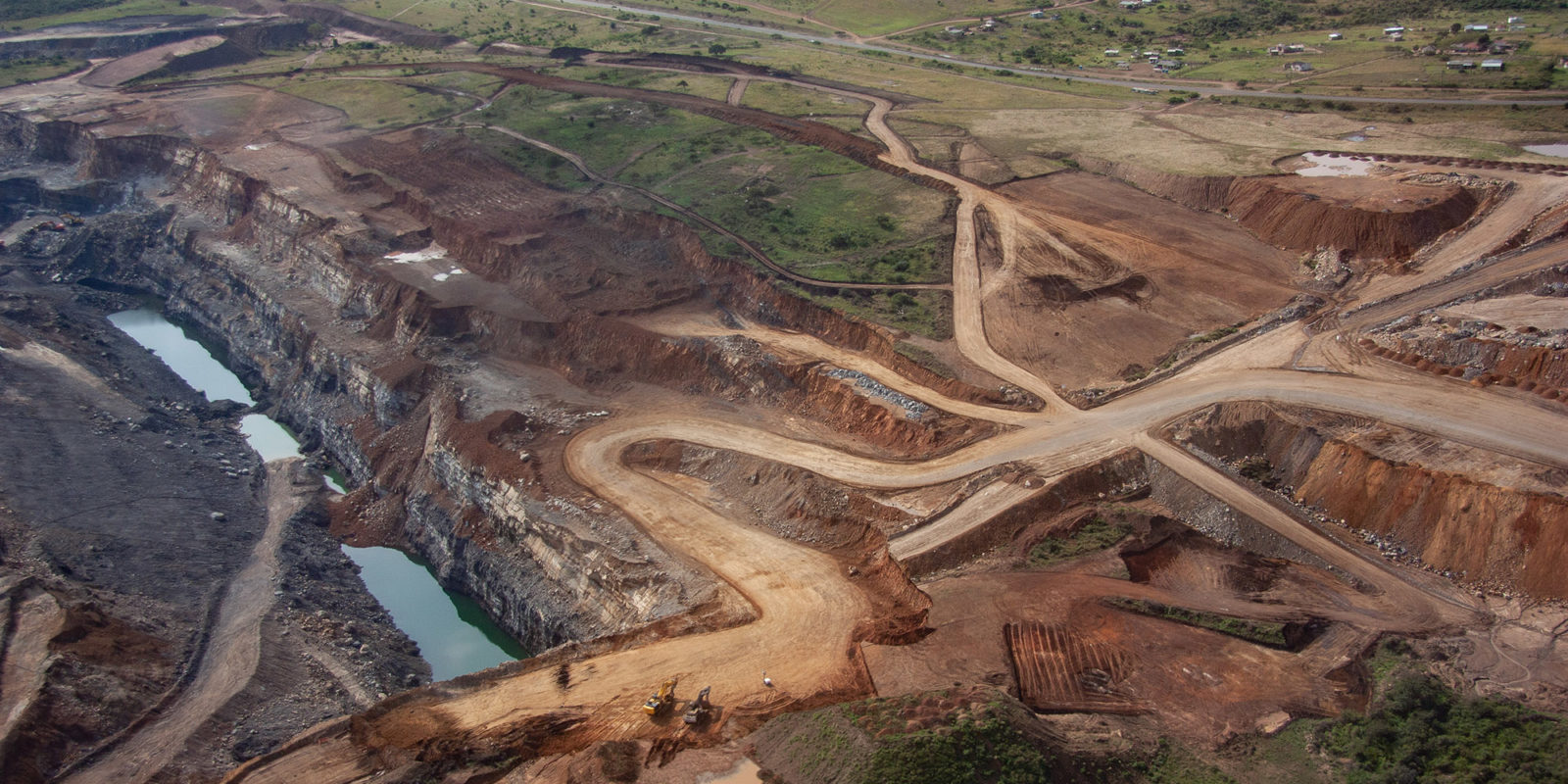 In the wake of the brutal murder of KZN activist Fikile Ntshangase, Petmin, the unlisted mining house behind the expansion of the Somkhele mine the activist opposed, has defended its plans as good for the community. But the company has transparency issues, which do not help its case.

Petmin on Wednesday sought to clarify some of the issues around the Somkhele mine via a virtual media briefing and a statement. The heat has been on since activist Fikile Ntshangase was gunned down in front of her 11-year-old grandson outside her house at Ophondweni near Mtubatuba in KwaZulu-Natal on 22 October.

The vice-chairperson of a sub-committee of the Mfolozi Community Environmental Justice Organisation, Ntshangase was at the forefront of a challenge against the expansion of the Somkhele mine. Several civil society organisations have condemned her murder, as has the company.

“Somkhele is the primary source of economic activity for a community of 220,000 people in the area 85km north of Richards Bay in KwaZulu-Natal. To be sustainable for more than another two years, the mine needs to expand its operations to be able to mine a new ore body which will extend the life of the operation by another 10 years. Mining rights for this have been duly granted,” the company said in a statement.

“For this phase of the operation to continue, 145 households would have to be resettled. The mine has negotiated compensation agreements with 128 families and remains ready to negotiate agreements with the remaining 17. We have also negotiated an agreement with the Ingonyama Trust in terms of which the householders will have a wide choice of land to which to relocate. We believe the resettlement terms will leave all households significantly better off than they currently are,” it said.

The Ingonyama Trust controls access to land in the old KwaZulu homeland, and the former Bantustans – apartheid relics of rural poverty – have often set the stage for protracted battles between communities and mining companies.

The expansion is also being opposed in two court cases. One, challenging the validity of the mine’s environmental permits granted by the government, was dismissed with costs in the high court, and is pending appeal at the Supreme Court of Appeal. The other, to be heard in the high court next year, takes issue with the granting of the mining rights.

Environmental opposition to the expansion is rooted in allegations that the mine is fouling the quality of air, water, soil and grazing lands, and its proximity to the famed Hluhluwe-iMfolozi Game Park.

“While we believe the cases lack merit, the expansion of the mine cannot proceed while they are underway,” the company said.

During the virtual briefing, Petmin CEO Jan du Preez said that the voices of the families that had agreed to resettlement have not been heard.

“The voices of the minorities are being heard. We understand that and are sensitive to that but we still believe we can find a way,” he said. He once again condemned Ntshangase’s murder and other acts of violence and intimidation which the company in the past has said may be linked to concerns in the community about job losses if the mine is forced to close.

The average compensation being paid to the families is R750,000 and the company says the families that have not signed up are demanding R3-million to R10-million.

“Numerous reasonable proposals from these households were ignored by Petmin’s employees while they continuously made public statements accusing the households of being unreasonable. In this context, the numbers the households have asked of Petmin are perfectly understandable,” Johan Lorenzen, a lawyer at human rights firm Richard Spoor Inc Attorneys, which represents the 17 households that have not agreed to the terms of their relocation, told Business Maverick.

He also said that “continued public statements that 17 households’ demands for fair compensation threaten the closure of the mine intensify these households’ vulnerability to violence and intimidation”.

More widely, the saga highlights many of the issues that bedevil South Africa’s mining sector, especially in the former homelands where property rights, community consultation, the power of traditional authorities, and environmental concerns versus economic development imperatives often come into play, giving rise to violence and social unrest. There are often many sides to such stories.

The anthracite coal – generally regarded as cleaner than the coal burned in power stations – mined by Somkhele is in demand by ferrochrome producers, an industry the government is keen to grow. Yet, obscuring matters is the increasingly opaque nature of South Africa’s coal sector, with a growing share of the commodity being extracted by unlisted companies such as Petmin.

Petmin’s website says Somkhele’s environmental impact is monitored by independent consultants and it also details its relocation activities and community engagements. But its specific and Department of Mineral Resources and Energy-approved social and labour plans – which, since March, holders of mining rights are obliged to publish on their websites – are absent on the site. Asked about this during the online briefing, Du Preez said it was “an oversight” that would soon be rectified.

Yet, given the scrutiny the company is under, one would expect it to be diligently dotting its i’s and crossing its t’s. And there are a lot of eyes on the company now and the unfolding drama around its activities. DM/BM

2021: A space odyssey that can change the future of our planet and help save humanity