HIV death rate in SA men much higher than in women 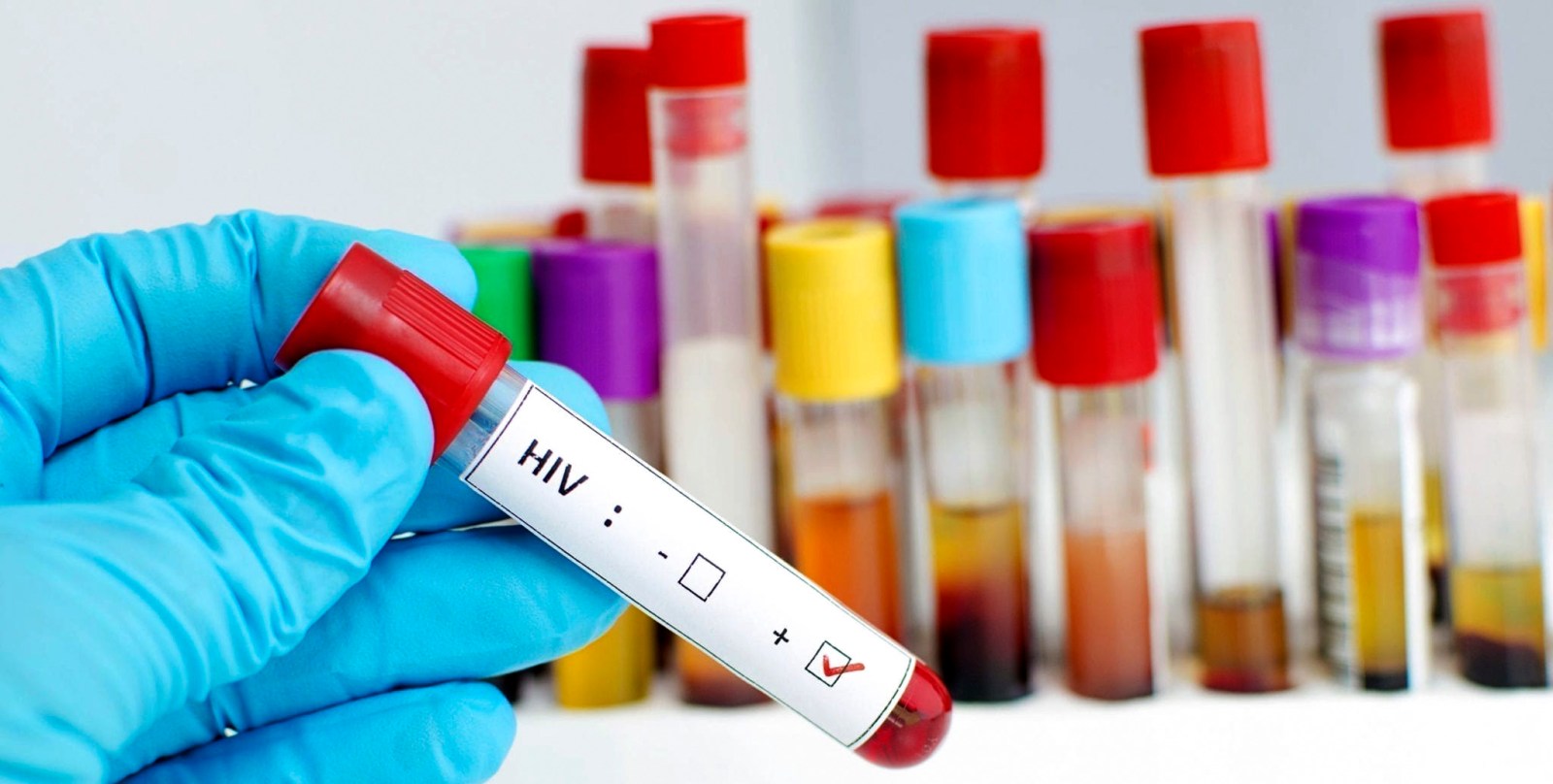 While men accounted for only a third of South Africa’s roughly 200,000 new HIV infections in the year ending mid-2019, they accounted for more than half of the approximately 74,000 HIV-related deaths in the same period.

The numbers were released by the South African National AIDS Council (Sanac) during an online press conference on Tuesday. The new numbers, from the Thembisa model, provide the most up-to-date and arguably most reliable national and provincial-level estimates of HIV in South Africa.

7.6 million in SA living with HIV

The 7.6 million mark is a substantial increase on the 3.4 million people who were living with HIV in South Africa in 2000.

“This increase may seem like bad news, but the numbers of new infections each year have been steadily declining over the past decade,” said Johnson. 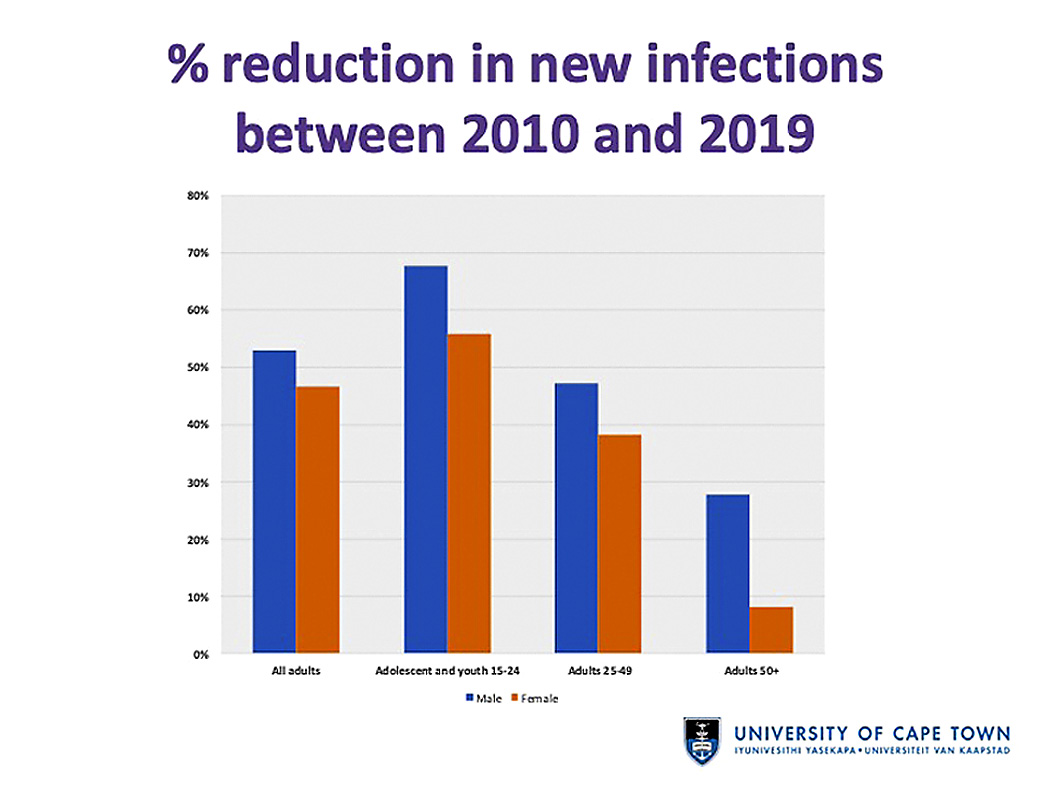 One reason for the increase in the number of people living with HIV is that fewer people are dying of HIV-related causes due to the widespread availability of antiretroviral treatment.

“We have some way to go before achieving that, but I think it’s important to say that we are doing well when compared to most other regions and countries,” said Johnson.

More than half of sex workers living with HIV

The highest prevalence rate was seen in sex workers – 55% of whom are estimated to be living with HIV. Sex workers were also found to have an exceptionally high HIV incidence (the rate at which new infections occur) – eight times the estimate for adult women. 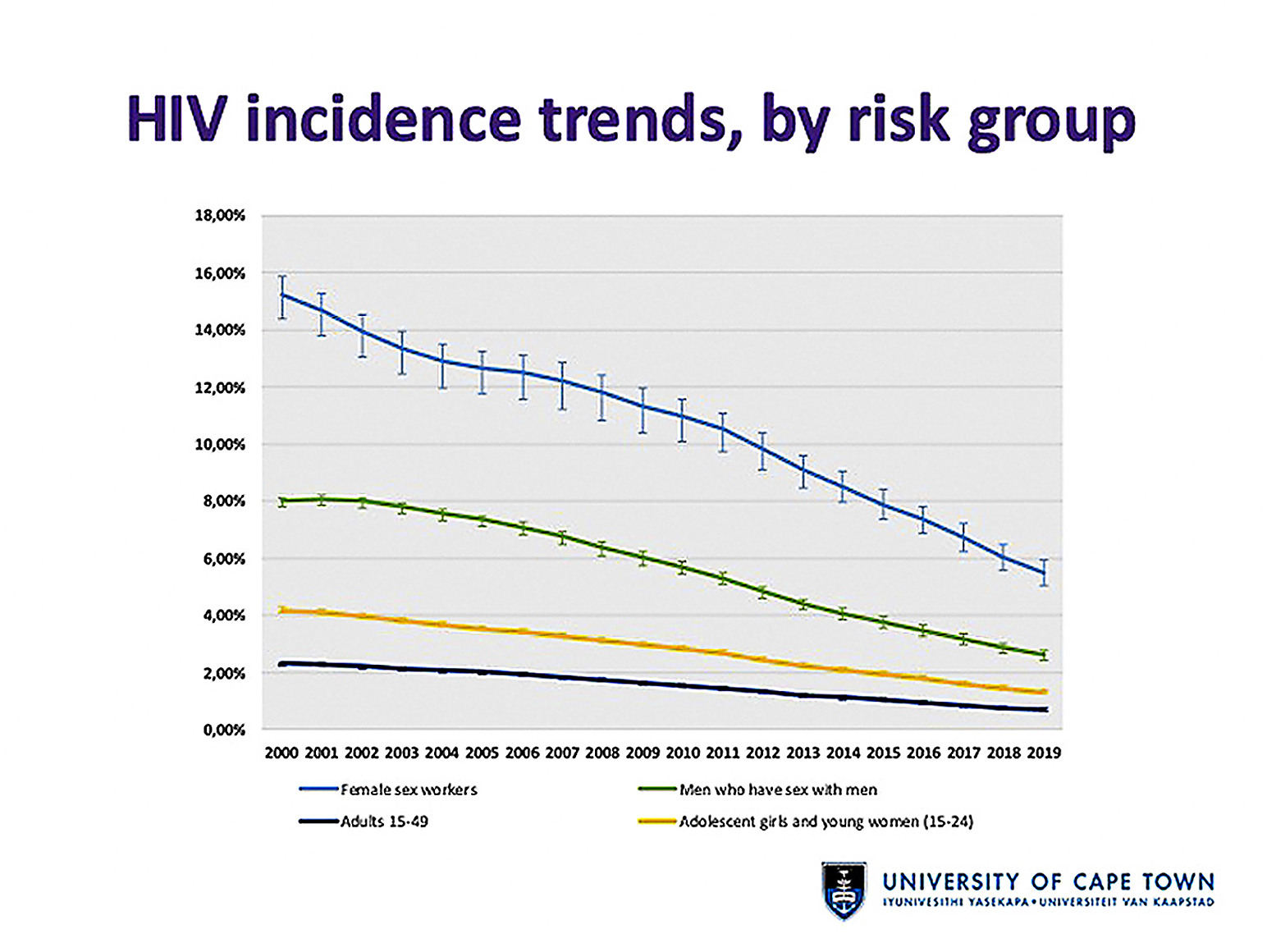 “Interestingly, in all age groups, there are substantially more HIV infections in women than in men… but mortality is higher in men which is consistent with what one would expect given that treatment coverage is so much higher in women,” said Johnson.

Due to both biological and social factors, women have a much higher HIV risk than men, which in part explains why HIV prevalence in this group is almost double than that of adult men.

The second-highest prevalence rates were seen in men who have sex with men – 26%. This group has an incidence rate seven times higher than the estimate for adult men in the country.

The new Thembisa estimates also revealed the country’s progress against the UNAIDS global 90-90-90 targets. These are that by 2020 90% of people living with HIV should know their status, that 90% of those with diagnosed HIV should be on treatment, and that 90% of people on treatment should be virally suppressed. Viral suppression is when antiretroviral medicines suppress the amount of virus in the blood to undetectable levels – which makes transmission impossible. 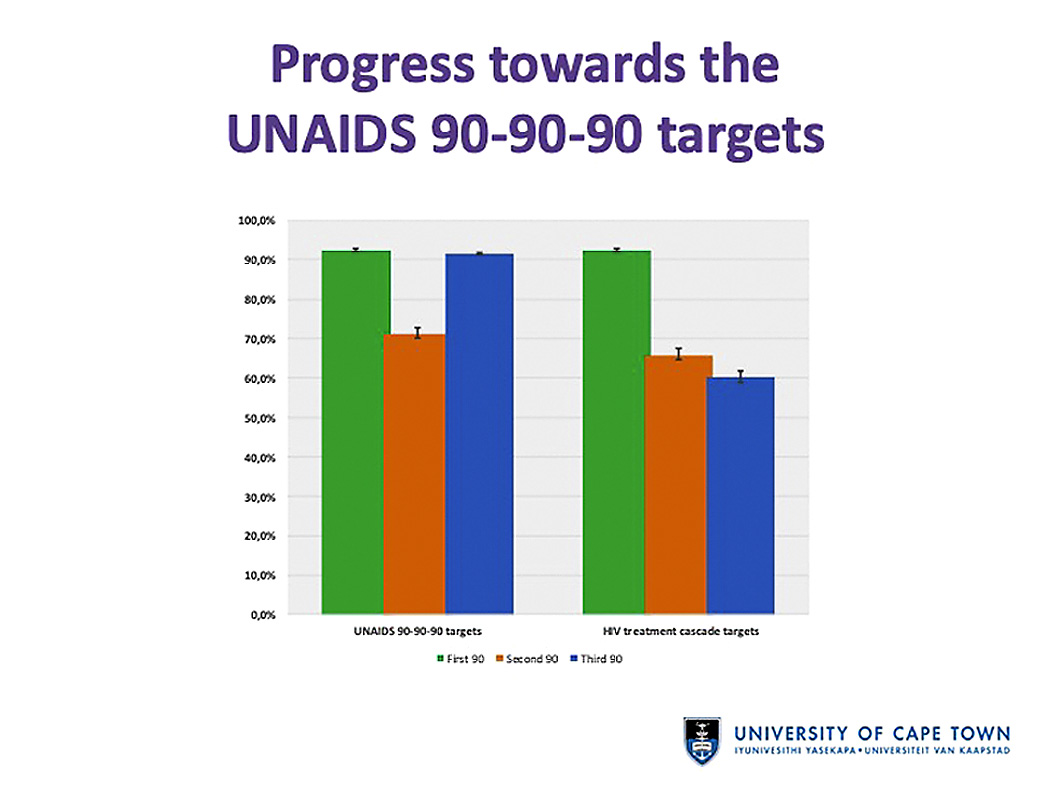 Johnson said the Thembisa model estimates show that, in South Africa in 2019, 92% of people with HIV know their status, “which is good and means we’ve met the first of the UNAIDS targets”.

But, he said, “we are unfortunately not doing well on the second target”, with only 71% of people diagnosed with HIV on treatment. This is despite the fact that South Africa is home to the largest HIV treatment programme in the world.

“We exceeded the third target,” said Johnson, noting that 91% of people on treatment were virally suppressed.

“The overall message is we’ve done well on the first and the third of those 90% targets, but we are still quite a long way off from reaching the second.” 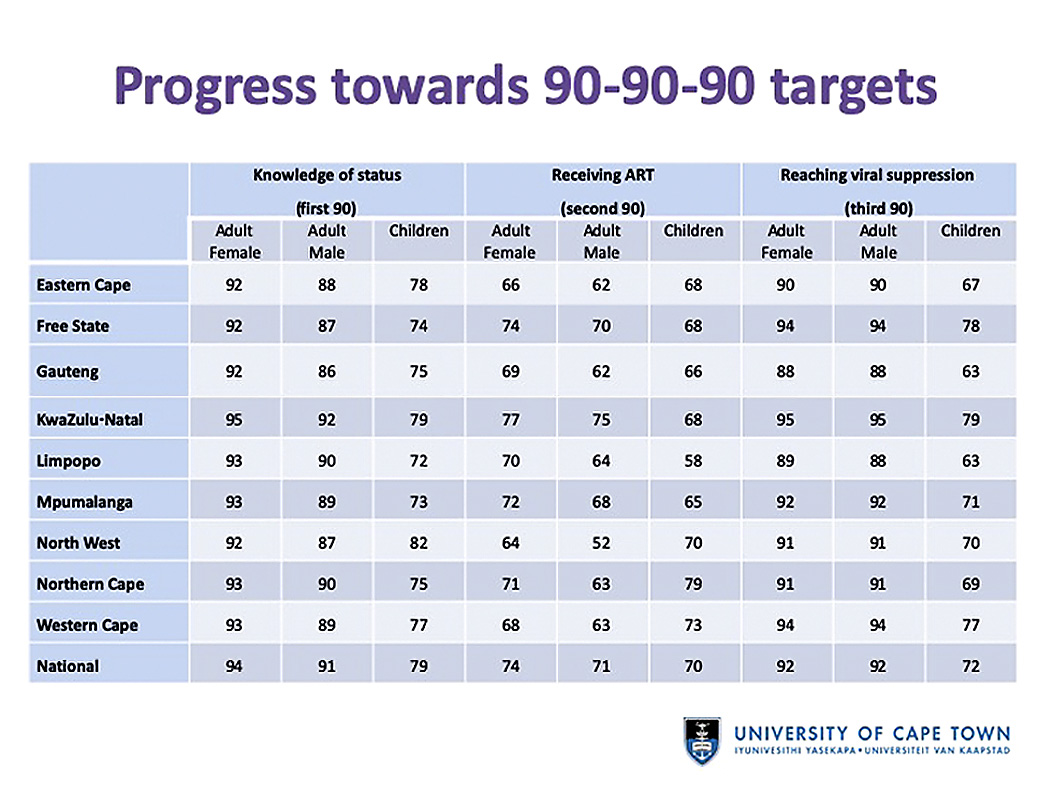 Johnson said the Thembisa model is being expanded to include tuberculosis (TB) and that this work should be completed in the next year. There is currently no model at the level of Thembisa that provides TB estimates for South Africa.

While the Thembisa model produces national and provincial-level estimates for South Africa, it does not produce district-level estimates. That gap is now being filled by a new model called Naomi. Outputs of the Naomi model can be viewed at www.HIVData.org.za.

The district with the highest HIV prevalence was King Cetshwayo district in KwaZulu-Natal (31.6%), while the Western Cape’s Central Karoo district had the lowest prevalence – 5.9%.

In terms of incidence, or rate of new infections, the highest rate was seen in the Eastern Cape’s OR Tambo district – with 13.8 per 1,000 – while the district with the lowest incidence was also the Central Karoo, with a rate of 1.8 per 1,000.

While the country has not met all its targets, Sanac’s Coceka Nogoduka said that the estimates still show steady progress.

“We’re very excited about launching these estimates,” she said. “We are all aware that, globally, we are committed to the ambitious UNAIDS targets, that, if not met, [we will not realise] the vision, as a country and globally, to end AIDS by 2030.”

According to Nogoduka, the estimates are timely, as Sanac will in January start work on the new version of SA’s National Strategic Plan (NSP) for HIV, TB and STIs. The current NSP expires in 2022. DM/MC

Spotlight will in future articles explore the Thembisa and Naomi model outputs in more detail. The data is simply far too rich for one article.

This article was produced for Spotlight – health journalism in the public interest. Sign up for our newsletter.