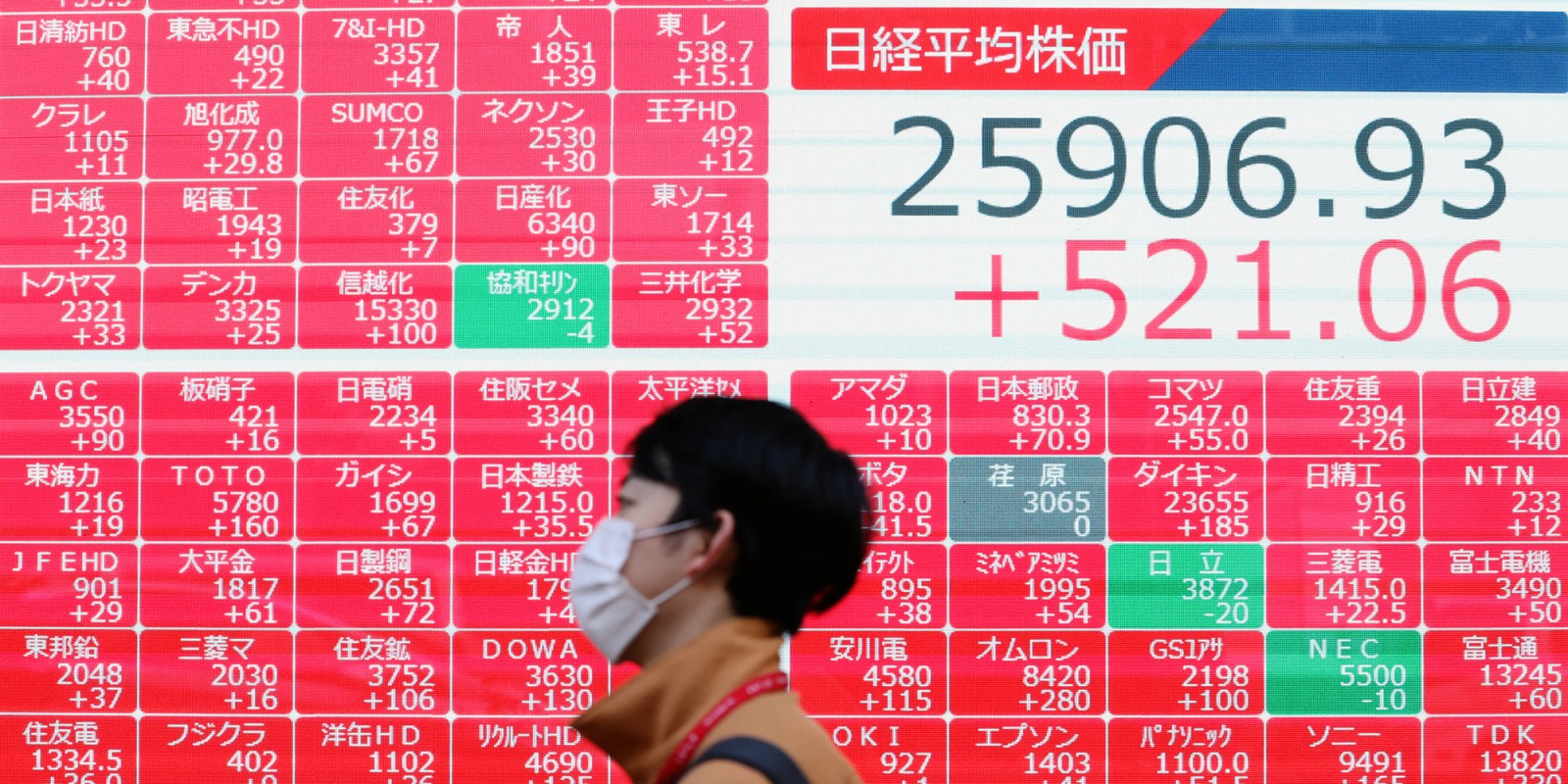 South Africa pins its hopes on Southeast Asia’s trade liberalisation measures, putting it in a preferential position to benefit from a region that is set to be a significant driver of global growth in the years and decades to come.

The government’s recognition that South Africa needs to hitch its wagon to the Asian locomotive this year has been prescient. Its journey began last week when the country formally became the first sub-Saharan country to accede to the Southeast Asian Treaty of Amity and Cooperation.

In the same week, a number of positive developments confirmed the likelihood that the broader Asian region will be the primary driver of global growth over the next couple of years, at least. It is the only region expected to deliver positive growth this year and next year and its decision to lower tariff barriers and cooperate more broadly on the trade front provides further tail winds for the countries in the region in the future.

China’s growth figures released during the week also showed the continued acceleration in the already positive growth in the economy, Japan’s third-quarter growth surprised to the upside and 15 Asian and Pacific countries signed a Regional Comprehensive Economic Partnership trade pact that is larger than the hard-won US-Mexico-Canada trade bloc.

When South Africa decided to participate in the Southeast Asian Treaty of Amity and Cooperation pact, the chairperson of the Portfolio Committee on International Relations and Cooperation, Tandi Mahambehlala, noted that the global economic landscape is shifting and that South Africa needs to open up access to other market opportunities, not only in the West.

At the time, she said: “We are mindful that relations with the US and the European Union (EU) remain strong, but in my view, we need to open up different locomotives of our economy.”

Last week the accession became a reality when the Minister of International Relations and Cooperation, Dr Naledi Pandor, formally signed, describing the decision to join the treaty as “an opportunity for South Africa to boost political and economic collaboration with this important and growing international organisation”.

Asia as a whole is the single largest region with which South Africa trades. Together, China and Japan comprise 15% of our total exports, according to the World Trade Organisation’s most recent statistics, and China is the source of some 20% of our imports, as shown in the table below. 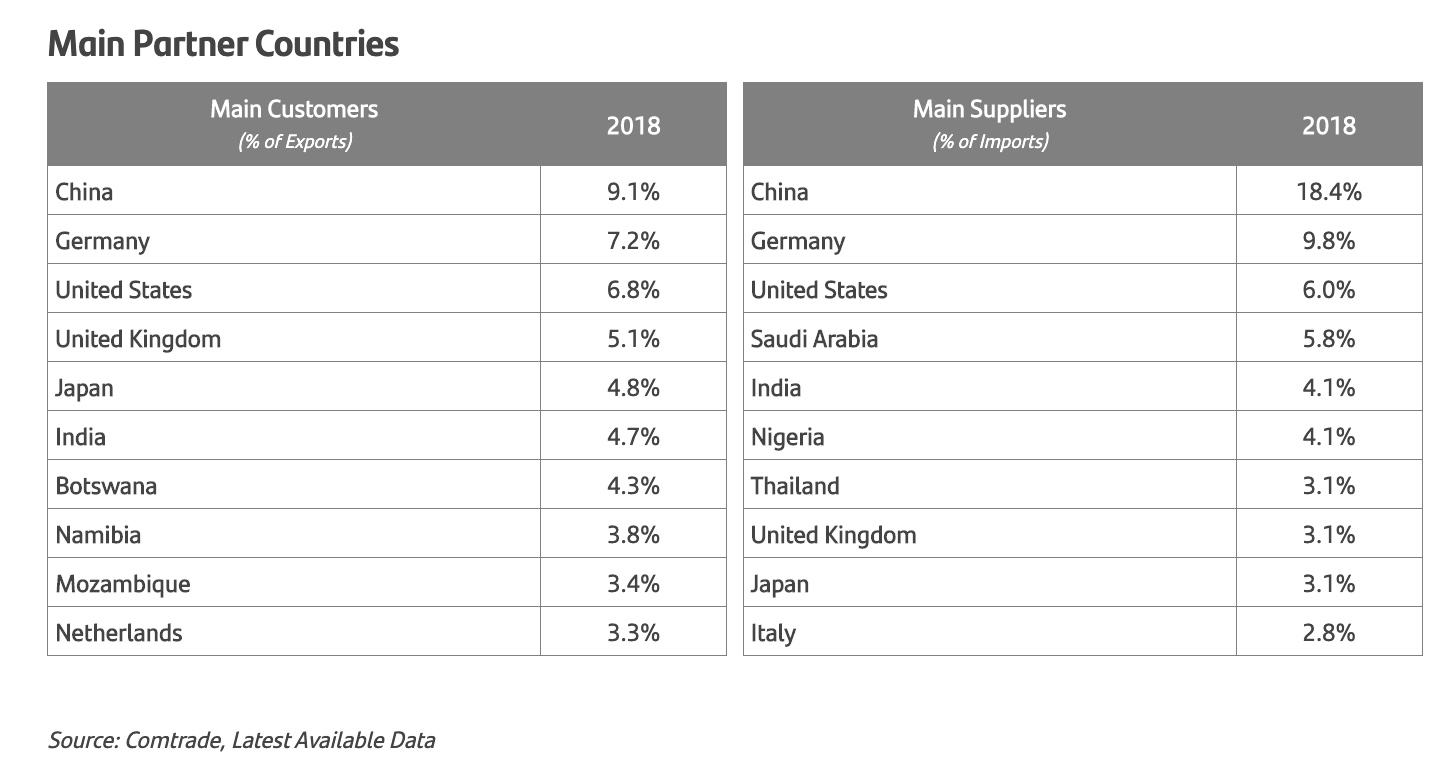 Given the uncertainty surrounding the future of US and China relations and whether the US will continue to pursue a protectionist international stance, South Africa’s closer ties with the Asian region become all the more important. The prevailing view is that President-Elect Joe Biden will continue to put pressure on China but will not be as combative as Donald Trump has been during his presidency.

The significance of the Asian Regional Comprehensive Economic Partnership trade pact that has been concluded after seven years of negotiations is that it counterbalances the rising protectionism elsewhere in the global economy, says Frederic Neumann, Co-Head of Asian Economic Research at HSBC. The participating countries generate almost a third of world output and Neumann projects that this contribution could rise to more than half the world’s GDP by 2030.

The deal covers the 10 ASEAN nations of Southeast Asia, plus mainland China, South Korea, Japan, Australia, and New Zealand. Neumann points out that it is the first trade agreement linking Japan and mainland China, “the region’s economic heavyweights”. With the economic engines of both these powerhouses getting in better and better shape as this difficult year progresses and other Asian countries doing a good job of getting coronavirus infections under control, the outlook for the region looks promising.

The pact is far-reaching in that it eliminates tariffs and quotas on 65% of goods traded within the region and the agreement is that the rest will be removed over the next two decades. Neuman says it is a “high quality” agreement because it also addresses non-tariff barriers such as services, investment, e-commerce and government procurement. It also liberalises intellectual property and the movement of people.

“From a global perspective,” says Neumann, “the agreement signals that Asia is pushing ahead with trade liberalisation even as other regions have become more sceptical. It reinforces the relentless movement of the global centre of economic gravity to the East.”

The economic fortunes of China will largely determine the pace at which the region grows and it has grand ambitions, as expressed in its desire to become an advanced economy within a decade and half. ING Greater China chief economist Iris Pang did an exercise in which she calculates what it will take for China to achieve this “aggressive target”.

To achieve this, Pang estimates that real GDP growth would need to average 4.5% a year between 2021 and 2035. She expects growth in 2021 should be much stronger than this at around 7%. The graph below shows the growth trajectory China would need to follow if it is to double GDP per capita by 2035.

This growth projection assumes faster growth in the first five years, and then a gradual slowing down to the end of the period. This is within the context of a stable, but ageing, population and labour force.

China has already gained a meaningful lead on the advanced countries through the pandemic. If the current trajectory of infections in the US and Europe continues for much longer that lead will become even more difficult to catch up during the years ahead – particularly with an engine of wider and deeper regional trade cooperation driving the Asian region as a whole.

Against this backdrop, South Africa’s participation in the Southeast Asian trade pact, formalised last week, could prove to be a particularly savvy and fruitful decision for years to come. DM/BM