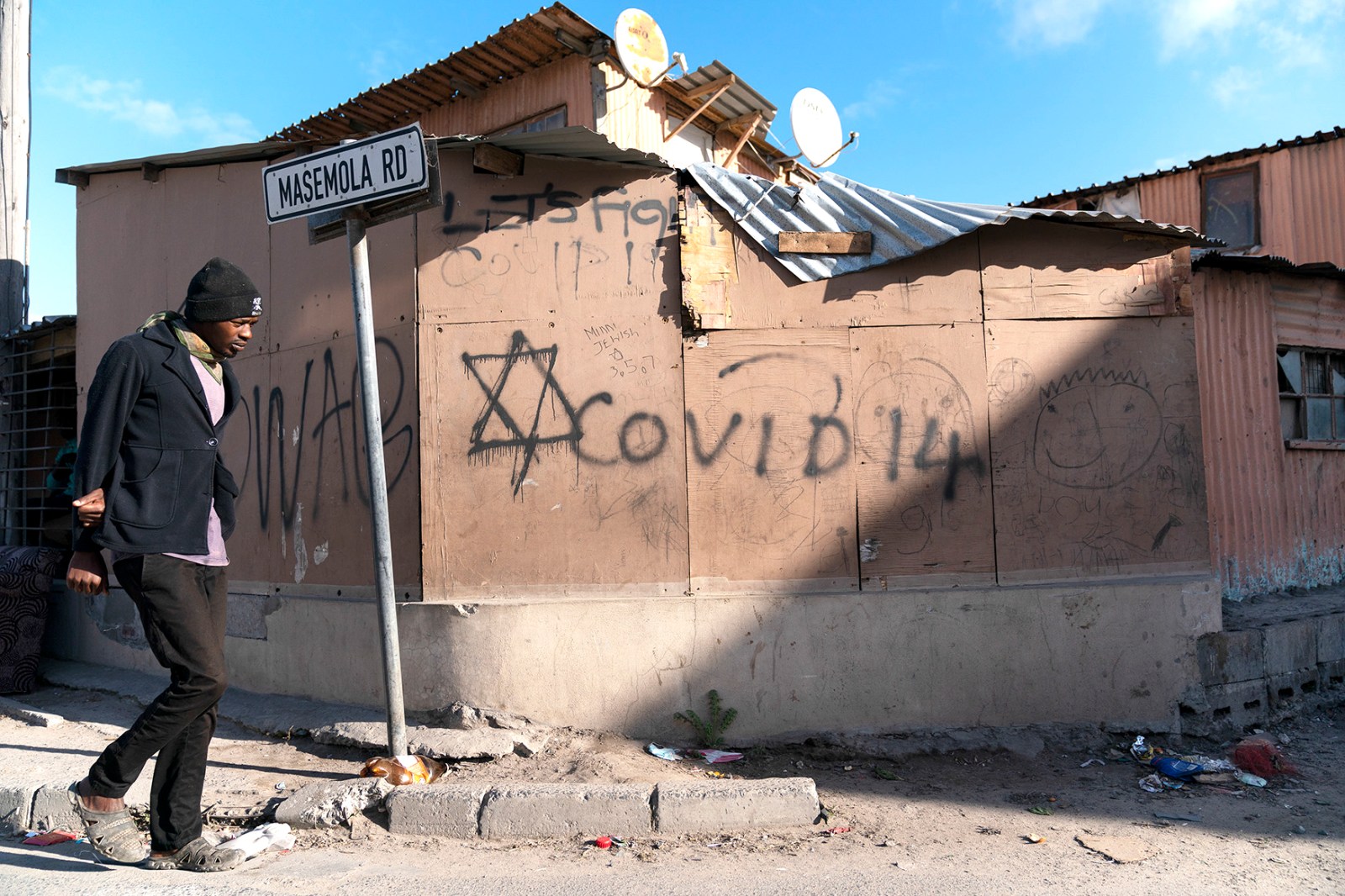 Given the informality of their economies and vulnerability to organised crime, governments shouldn’t lead the continent’s development. By Eric Scheye and Eric Pelser for ISS TODAY.

As the world grapples with Covid-19, analysts have had to review their forecasts of development in Africa. There is now much discussion of V-shaped or U-shaped or L-shape recovery patterns and what these might mean for what was a generally positive outlook for the continent – an ‘Africa Rising’ narrative.

However, circumstances over the past decade or more suggest that the starting point for these models of development and recovery may have been more tenous than is commonly acknowledged, with a lower threshold of stability.

The socio-economic development models used by the major multilateral financial institutions such as the World Bank, International Monetary Fund and development agencies need to be reviewed. They should align with the fact that most African economies lie beyond current legal frameworks and the law, and are subject to informality, poor land management and pernicious organised crime networks.

Future instability and insecurity in Africa is likely given the compound effects of five dominant trends: climate change, rapid urbanisation, increasing deficits in infrastructure, vulnerability to epidemics and pandemics, and lawlessness (which provides fertile ground for extremism).

Over the past 40 years, interventions to enhance African development by multilateral banks, development institutions and other donors have been based on particular socio-economic models. These approaches advocate the movement of people and capital from low-productivity agriculture into higher-productivity industrial manufacturing and services.

The aim has been to accelerate an industrial, manufacturing sector in and around urban centres that accesses a pool of surplus migrant labour. These structural changes haven’t occurred as forecast.

Massive urbanisation has taken place, but as the United Nations Economic Commission for Africa pointed out in 2017, ‘amid declining or stagnant industrial output and low agricultural productivity.’ While Africa’s economy has tripled in size since 2000, the sectoral composition of gross domestic product (GDP) hasn’t appreciably changed. GDP expansion hasn’t been accompanied by comparable job growth.

Between 2000 and 2014, increases in employment were below GDP growth and barely ahead of the continent’s population explosion. In all but a few African countries, the formal economy accounts for only 20% of total employment. In sub-Saharan Africa, informal employment comprises about 94.9% of all youth jobs.

The International Labour Organization estimates that 92.4% of ‘all economic units in Africa are informal.’ Contrary to the Western socio-economic development models, informality is ‘growing more rapidly in most African countries than large-scale modern manufacturing’ and is Africa’s socio-economic reality.

Lawlessness also imperils Africa’s stability. Since 2008, the Ibrahim Index of African Governance reports a continual deterioration in composite scores for safety and rule of law. The index maintains that lawlessness has been normalised by rising crime rates, unshackled corruption and a citizenry that both refuses to pay for public services and avoids paying taxes.

Weak land management compounds lawlessness: 90% of rural Africa is not cadastred or is untitled; 90% of all landholders/owners are unregistered; 62-75% of all urban housing is informal; and almost all land management happens outside of legal planning processes.

A 2019 study of African organised crime found that ‘embedded state actors’ are the ‘most prominent’ and virulent type of organised criminal entrepreneur. The research asserts that institutional reforms based on capacity building for rule-of-law institutions will have no effect on organised crime in 75% of Africa’s countries – a finding echoed by the World Development Report 2017.

Due to wide-ranging informality of systems and processes, the structure and operation of Africa’s private sector and its legal markets have also fallen prey to lawlessness and organised crime.

All these factors accelerate the effects of climate change, urbanisation, a deficit in building and maintaining infrastructure, and vulnerabilities to epidemics and pandemics. Climate change is already causing profound changes in rainfall, higher temperatures and rising sea levels. Agriculture, food security and health will be negatively affected. Together with population growth, these changes will intensify socio-economic vulnerabilities.

Explosive African urbanisation also challenges continental stability. Analysts estimate that urban land in Africa will increase by nearly 600% by 2030, with 50-53% of all Africans expected to live in urban centres by 2040.

The annual deficit in continental infrastructure spending hovers around 100% of actual expenditures. The World Bank points out that infrastructure needs amount to US$130-US$170 billion a year, while spending is only US$75 billion, with approximately 30% of all infrastructure needing maintenance. The African Development Bank says this is an accurate expression of the ruling elites’ political commitments.

Covid-19 is not the first epidemic or pandemic to spread recently in Africa. Ebola, dengue fever, cholera and malaria are endemic to large parts of the continent. More than 75% of all African countries in 2018 reported an outbreak of an infectious disease.

While progress has been made in healthcare provision, the World Bank indicates that ‘the majority of African countries are [still] unable to meet the basic requirement for good healthcare systems.’ The World Bank claims this situation can be best understood in the context of Africa’s overall dearth of infrastructure.

These trends and their impacts are examined in a new Institute for Security Studies report that motivates why new approaches must explicitly acknowledge African realities, existing capacities and the inherently compromised African state.

Governments should no longer be automatically considered the default partner of development agencies. The state should be seen as one actor among many rather than the principal foundation on which development is predicated. Governments should be encouraged to standardise, coordinate, support and help finance initiatives that enable community control of local resources.

In re-examining the dynamic relationship between the state and local communities, the resilience of community actors – defined by their management of local resources – should become the primary outcome used to design and measure development.

The real question for policymakers and development practitioners should be how to support and encourage small-scale, decentralised initiatives (such as local, off-grid power networks) that respond to local needs. DM

Read the full ISS report: Why Africa’s development models must change: understanding five dynamic trends. Watch a live recording of a seminar on the topic here.