Zuma’s recusal gambit — a plan to collapse the ‘slaughterhouse’ commission? 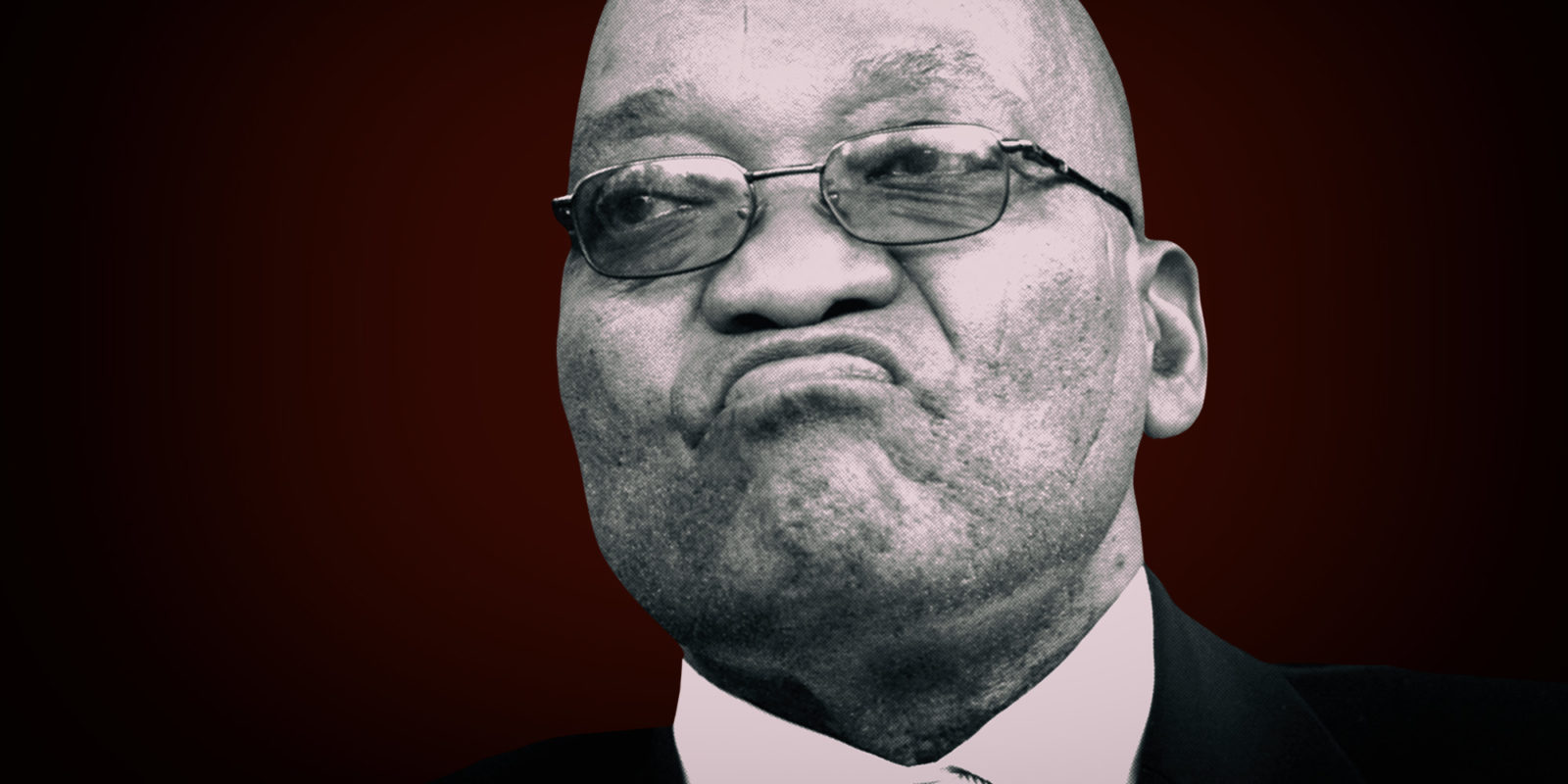 By the end of the day during which he asked Judge Zondo to recuse himself, Zuma had sunk, exhausted, into his chair.

If former president Jacob Zuma’s recusal gambit to eject the State Capture inquiry chairperson from his Bench were to succeed, it would collapse the commission, said evidence leader Paul Pretorius on November 16.

Pretorius was responding to arguments by Zuma’s advocate Muzi Sikhakhane to have the commission’s chairperson recuse himself even if only for this week when the former head of state is meant to finally have five days to give his side of the story.

Sikhakhane said that a different judge could hear Zuma’s testimony, but Pretorius said this would collapse the commission. Zondo said the same thing. “If I don’t hear Mr Zuma’s testimony, how would that work?” It would have the effect of collapsing the commission, said Zondo, explaining that he is the chairperson and the final report would be signed by him; if the stand-in judge made a different finding, it would be confounding and unworkable.

Sikhakhane accused Zondo of a raft of injustices against Zuma and he twice likened the commission to a “slaughterhouse”. Quoting a Canadian case on bias, Sikhakhane said it was “a leaning, an inclination toward one side or another. Once you comment and show outrage, you create in the mind of the person sitting inside your court that you are right inside the slaughterhouse.”

The former president’s counsel said that the choice of witnesses, Zondo’s interaction with them and the commission’s communication with Zuma — who has repeatedly failed to appear before the State Capture inquiry — revealed bias.

“Our witness (Zuma) has come to a commission he believes is a slaughterhouse,” said Sikhakane. He said that if the recusal application did not succeed (“if you blow us”, as he put it to the judge), then “if you force me to bring him here without a climate being created for fairness, I will put him there (in the witness chair) and he will exercise his right to say nothing.”

The former president’s lawyer said that if the recusal application did not succeed, he would take the decision on review.

“We ask you to recuse yourself mindful of the crisis it would create for this important task,” said Sikhakhane, who opened his argument by first noting his kinship with Judge Zondo: “None can claim I would bring a frivolous application before you as we come from the same village. When you raise a recusal application, (it) is to ask the judge not to check whether he has integrity, but to ask (the judge) to dig deep into his humanity given the hostile environment his conduct, his demeanour, his comments (have created).”

Sikhakhane said the commission had reinforced the narrative that Zuma had presided over “nine wasted years” and his client had come across repeatedly in testimony as “the man who messed up our country”.

Zuma’s fear and apprehension ‘not enough’

“It’s not enough for the applicant (Zuma) to say ‘I have a reasonable apprehension that you will make adverse findings. The test which has been stated (in case law) is ‘will you or will you not bring an impartial mind to bear, a mind open to persuasion when you have heard all the versions’,” said Pretorius.

He said that in a recusal case in which the trade union Saccawu was involved, the judgment said “absolute (judicial) neutrality is a chimera” and that “colourless neutrality (the standard being demanded of Zondo) stands in contrast to impartiality – being open-minded and open to persuasion”. Pretorius said that Zuma’s lawyers claimed that Zondo could not be open to persuasion, but that the test was wrongly applied by them as being the perception of the former head of state when in fact, the “reasonable observer” had to be so persuaded.

“A strongly felt apprehension is not sufficient. The law imposes on fears and apprehensions of an applicant (Zuma), a normative assessment.”

Sikhakhane argued that in his questions to witnesses, Zondo had “crossed the line”.

Pretorius differed and said: “A chairperson in a commission is different to a judge in court. As an inquisitor, you must understand what the allegations are — you need to hear first-hand and you have done that.”

Zondo said that if a judge is silent, “I (meaning the public) never get to know what he or she is thinking. One of the benefits of the commission’s proceedings being televised is that persons can watch. Sometimes I make certain remarks (as) I want them to know what is going on in my mind. When the implicated person (comes before the commission), they can respond.”

Pretorius said they had audited the commission’s transcripts and could find no evidence of Zondo being “unkind” to Zuma as alleged in the argument for recusal.

“We have searched in vain for it and there is no unkind public comment you have made,” said Pretorius.

In fact, said Pretorius, Zondo had treated the former head of state “gently”.

“Your (Zondo’s) approach from the beginning has been to thank witnesses and to invite other witnesses to come forward,” said Pretorius.

While Pretorius used several judgments to explain his opposition to the recusal application, Sikakhane said: “I am very reluctant about case law on recusal because it is judges telling the world ‘when you judge me, judge me this way’.”

Judge Zondo is expected to rule on the application for him to recuse himself on Tuesday 17 November. DM

Update at 1.45pm Tuesday, November 17:  Judge Raymond Zondo adjourned proceedings as he needed another day to consider his judgment on former President Jacob Zuma’s recusal application. The judge also gave Zuma permission to attend a funeral in KwaZulu-Natal on Wednesday, November 18 but instructed he be back to continue the hearings on November 19.