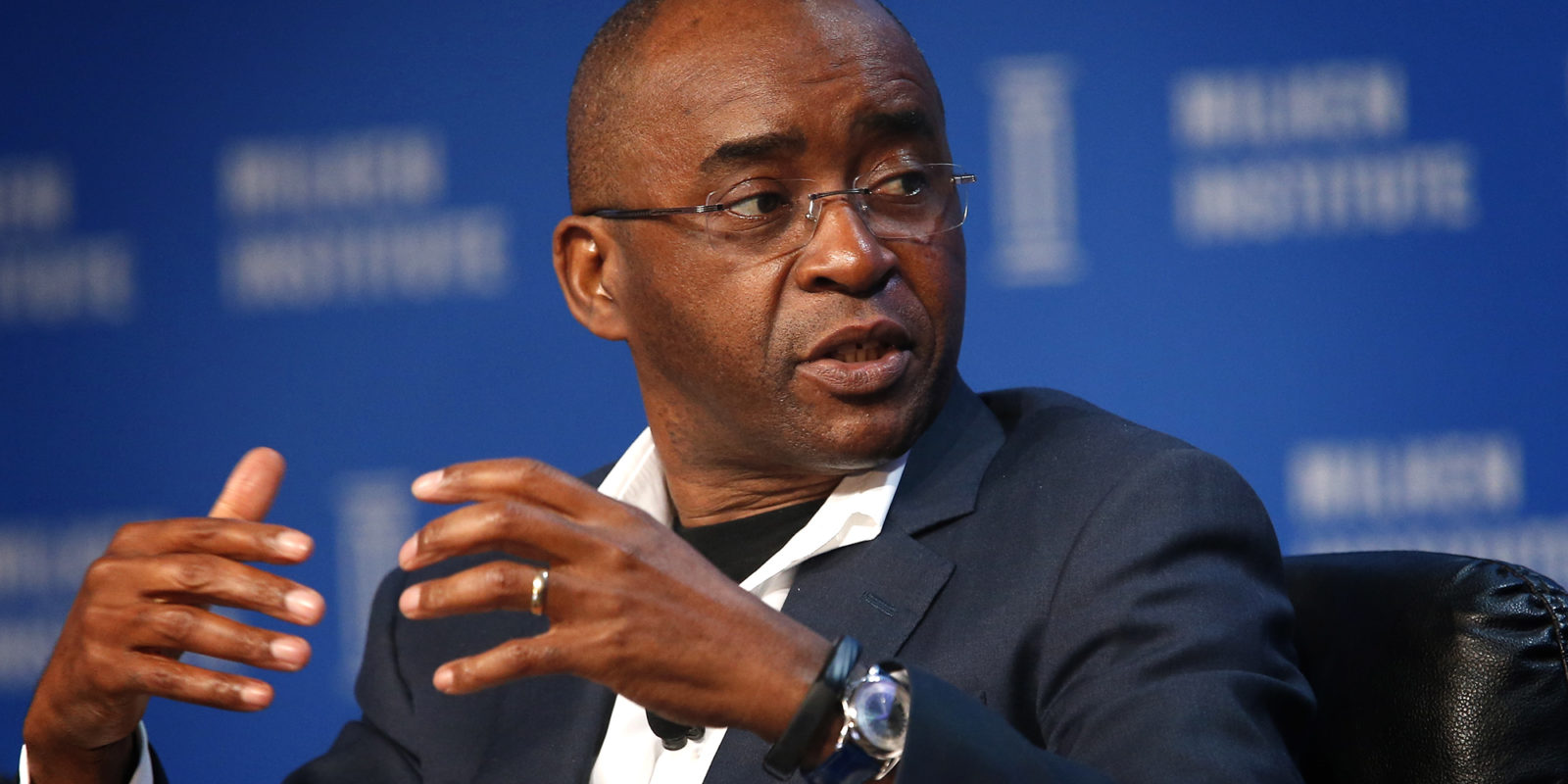 Businessman Strive Masiyiwa and the African Union’s coronavirus containment effort are embroiled in an intellectual property dispute with the makers of a medical app.

An ugly kerfuffle has broken out at the highest levels of the African Union’s coronavirus containment effort, with the makers of a medical app accusing one of Africa’s most renowned businessmen, Strive Masiyiwa, of purloining their solution and using structures loosely associated with the union, including the Bill & Melinda Gates Foundation, to try to raise funding.

Masiyiwa, who is also the convenor of the African Union’s Africa Medical Supplies Platform (AMSP), and who was appointed to that position by current African Union president Cyril Ramaphosa, strenuously denies allegations of purloining another company’s product and makes a series of serious counterclaims.

The dispute underlines the rich potential of the African medical market, particularly for technology solutions, which have been substantially boosted with the advent of the coronavirus pandemic.

The dispute is much more than a battle of the apps, in this case PocketPatientMD and Health Status Report (HSR), because apparently the parties had been working on the idea together, so the case involves claims of misappropriation of intellectual property.

To make it worse, the makers of PocketPatientMD claim Masiyiwa defamed them in the highest ranks of the African Union, by falsely claiming that they had not been working together at all.

Documentary evidence suggests they had been working together, although the precise nature of their cooperation is now hotly disputed between the parties.

The co-founder of PocketPatient, MD David Rice, says their platform has been live and in use in multiple African countries for most of this year.

The app performs a range of functions aimed at connecting “stakeholders” to a health ecosystem, including recording patient records and linking with government programmes.

All of these actions have become suddenly so much more vital in Africa during the coronavirus pandemic, since maintaining stable databases of health information is rare on the continent.

Rice says he and Masiyiwa go back a long way and personally discussed their ideas several times. The fruit of these discussions was a joint effort that formally began in 2018 with a company called Cassava Fintech, which is part of Masiyiwa’s substantial business empire.

Rice says he was shocked when a version of a product Cassava was developing was presented to the African Union.

The HSR was “strikingly similar to the product we had previously presented in confidence to Cassava FinTech months before under the protection of a mutual confidentiality agreement”.

The irony is that this mutual confidentiality agreement was insisted on by Cassava. After the competing platform was presented, relations between the two groups rapidly went south, with furious letters being sent by all sides. These include a “cease and desist” demand sent to Cassava, and letters to the AMSP.

It got even more serious when Cassava’s product was allegedly presented to an informal group of funders very loosely associated with the African Union’s efforts. That group includes the Bill & Melinda Gates Foundation.

The foundation has declined to comment, but it is understood that it is funding neither product.

This narrative is hotly disputed by Cassava. Jerome Lombard, Cassava’s legal counsel, says Rice’s claim that his company has been working with Cassava FinTech for years to develop the idea is “simply… not true”.

Cassava Fintech was approached by Rice to invest in his start-up in January 2019.

“There was never any collaboration or discussions that led to the development of anything.”

The communication between the parties ended approximately in November 2019, some 11 months later.

Masiyiwa developed and funded AMSP as part of his philanthropic initiative. “This platform is a nonprofit platform to help African countries procure Covid-19 medical supplies.

“It has moved hundreds of millions of medical supplies. It has nothing to do with digital apps.”

However, the announcement of the launch does quote Masiyiwa as saying: “We are excited to be working with African Union member states, Africa CDC [Africa Centres for Disease Control and Prevention] and our implementation partners by offering the Health Status Report, a mobile-based, global health information platform – powered by secure blockchain technology – that captures a person’s Covid-19 testing data and results.”

He is quoted as the executive chairman of Econet, and African Union Special Envoy for the Continental Fight Against Covid-19.

The CEO of Cassava, Darlington Mandivenga, says that in fact AMSP was built by a group called Vaya Africa and not under Cassava, and was a gift to the African Union from Masiyiwa. AMSP has no relationship to or connection with Cassava Fintech.

“We are the biggest builders of digital platforms in Africa and we have numerous third-party platforms from well-established vendors in the US and China. We don’t need to go to a small team with no IP and no skills for something like this,” he says.

Cassava does run a health platform in Zimbabwe called Maisha Medik and it uses a platform licensed from a third-party vendor that is well established in the US, Lombard says.

He denies that Masiyiwa defamed PocketPatientMD and claims “from the information in our possession, it is clear to us that Mr Rice and Mr [Mark] Wien [co-founder and CEO of PocketPatientMD] have no other interest in this matter but to attempt to extort money from Cassava FinTech and/or Mr Masiyiwa”.

Rice responded by saying he had never asked Cassava for funding of any kind, and that the talks lasted much longer than Lombard suggests.

“Regarding our claim of defamation, there is a substantial paper trail since we and dozens of other members of the Special Envoy’s Alliance received the defamatory emails in question. We believe the defamatory remarks were made specifically because we raised the alarm about potential conflicts of interest. We were expelled from the Alliance shortly after raising these concerns.”

“We believe the defamatory remarks were made specifically because we raised the alarm about potential conflicts of interest. We were expelled from the Alliance shortly after raising these concerns.

“The entire PocketPatientMD platform has always been free for anyone to use,” he says. DM168