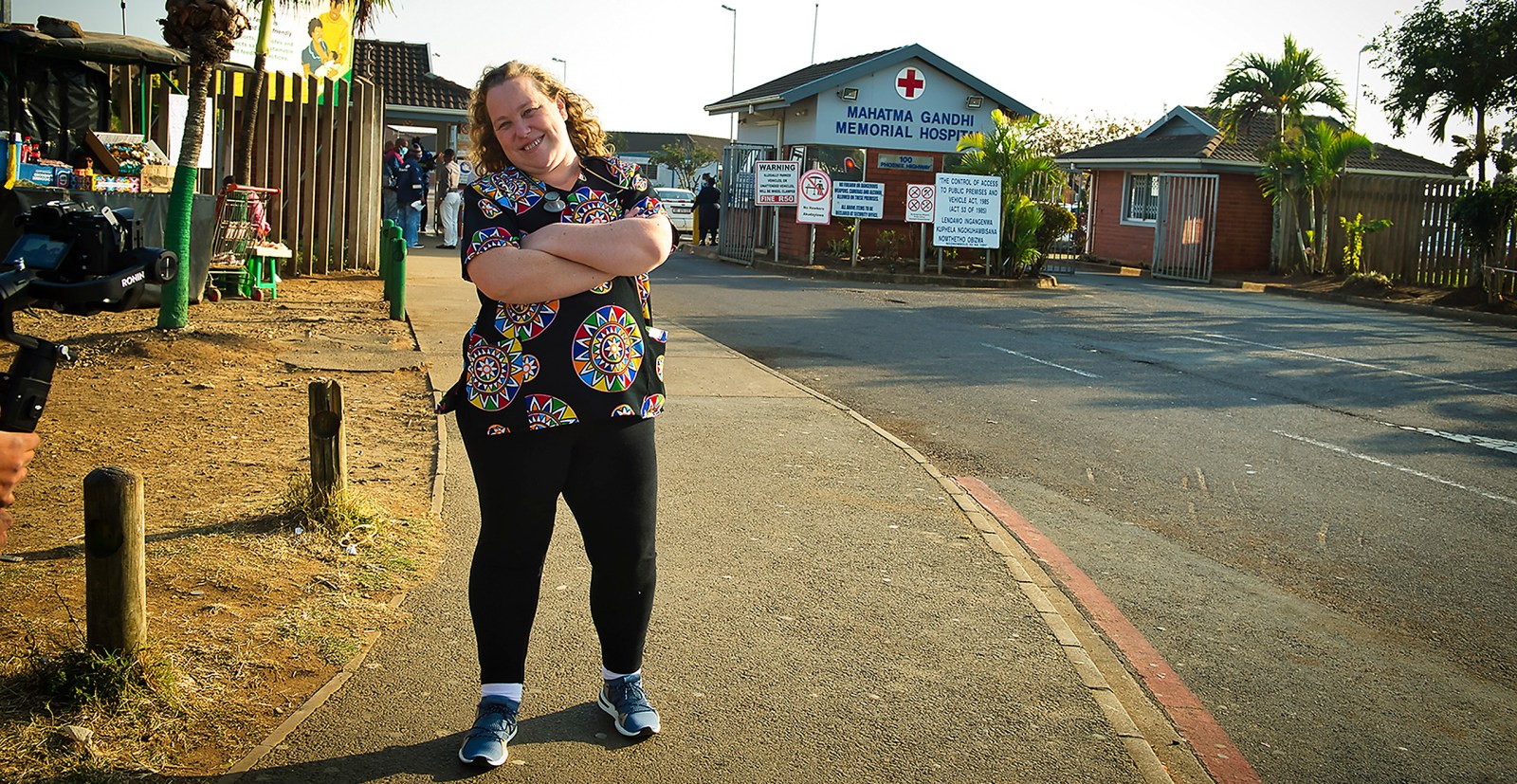 Speaking to the Integrity Icon winners, one gets the sense that all hope is not lost in the public service and that many men and women tirelessly dedicate themselves to the wellbeing of the people of our country.

The Integrity Icon Awards are run every year by the Accountability Lab to recognise the work and integrity of people making a difference in public service. This year’s five winners are Dr Sarah Dlamini, Zodwa Ntuli, advocate Constance Moitse, Unathi Filita and Dr Sadna Balton, representing the fields of healthcare, social development, Home Affairs, and Trade and Industry.

Maverick Citizen spoke to four of the five winners, who have also been entered into a competition for the public to vote on their People’s Choice candidate, to be crowned at a ceremony by the Accountability Lab on 5 December.

Wearing a T-shirt emblazoned with the words “Wonder woman”, Dr Sarah Dlamini’s energy and passion is infectious and her choice of T-shirt seems apt as she talks about the work she does in paediatric care in Pietermaritzburg, KwaZulu-Natal.

She says that growing up in a family of political activists, she knew that she wanted to work in public service.

“The orientation of my life is the service of others,” says Dlamini.

She wants to dispel the notion that all those in public service are not passionate about their jobs or are incompetent; in fact, she says, the number of dedicated public servants outnumbers those who aren’t.

She started a blog called Midnight Diaries. She initially meant this as a way for her debrief on the often long and hard hours she has to work in the five hospitals on her rotation, and it soon became a rallying point for other public servants to share their stories and experiences. Dlamini said that she was receiving this award on behalf of all her colleagues who work hard and are often not seen.

Uitenhage-based social worker Unathi Filita beams as he expresses his excitement at receiving the award, which he says is an indicator that there are indeed good stories to tell in public service.

Having nominated himself for the award, he says it was important to highlight the positive stories to inspire colleagues to continue doing their work to the best of their abilities.

“I love and have a passion for people,” says Filita, adding that the best advice he got from his supervisors was to “treat the case files as people”. This ensures that people are always treated with dignity and feel cared for when seeking assistance from the Department of Social Development.

Filita emphasised that integrity means doing the right thing in all circumstances. One of the projects he is particularly proud of is the facilitation of a 12-month training programme between the Harambee Youth Employment Accelerator and Volkswagen (VW). The training programme managed to place more than 100 young people, who received training at the VW plant and a monthly stipend.

Advocate Constance Moitse is the Soshanguve-born, straight-talking director of the anti-corruption unit at the Department of Home Affairs. She started off her career in the South African Police Service as a police officer, initially focusing on women and child violence cases, before moving into investigating organised crime, and she subsequently qualified as an advocate.

Moitse said as director of the anti-corruption unit she has to “set the tone on ethical standards and ensure that there is adherence to moral principles”.

She said that integrity is central and needs to constantly and openly be talked about with colleagues, ensuring that people do the right thing at all times, not only when someone is watching.

Being in the anti-corruption field was often a lonely but worthwhile road to walk. Described by her colleagues as goal-orientated and target-driven, she has an impeccable record of service.

Head of speech therapy and audiology

The head of audiology at the Chris Hani Baragwanath hospital, Dr Sadna Balton, grew up in Lenasia, Johannesburg, and comes from a family of civil society activists, which nurtured her roots in public service from the age of 13 when she and her siblings were members of the Lenasia Youth League.

Balton studied audiology at university, where she was one of two black students in the class. She quickly grew to love audiology when she realised that at the heart of it was communication in order to build relationships.

Baragwanath was her first job after graduating and she has been there for the last 29 years. When she started, there were only six audiology therapists for all of Soweto. The unit has since grown to 40 therapists.

Balton subscribes to a form of healthcare that is patient centred and that encourages and relies on feedback from patients on their therapy in order to improve and provide the most relevant care.

Balton pioneered the Care-giver Child Programme, which empowers care-givers through workshops that teach techniques on how to better relate to children using video recordings and feedback, and teaches parents how to make books and toys for their children’s audio learning needs.

Balton said integrity is a set of values that people look to when seeking ethical guidance on their work and that it is about fostering a culture where people do not act with impunity and “pat each other on the back for wrongdoing”.

Her passion for her work shines through when she talks emotionally of the many patients that come back years later to visit her and express their gratitude for her care.

She gets particularly excited when she sees young black graduates progressing in the profession which was previously almost exclusively white.

Speaking to the Integrity Icon winners, one gets the sense that all hope is not lost in the public service and that there are many men and women tirelessly dedicating themselves to the wellbeing of the people of our country. DM/MC