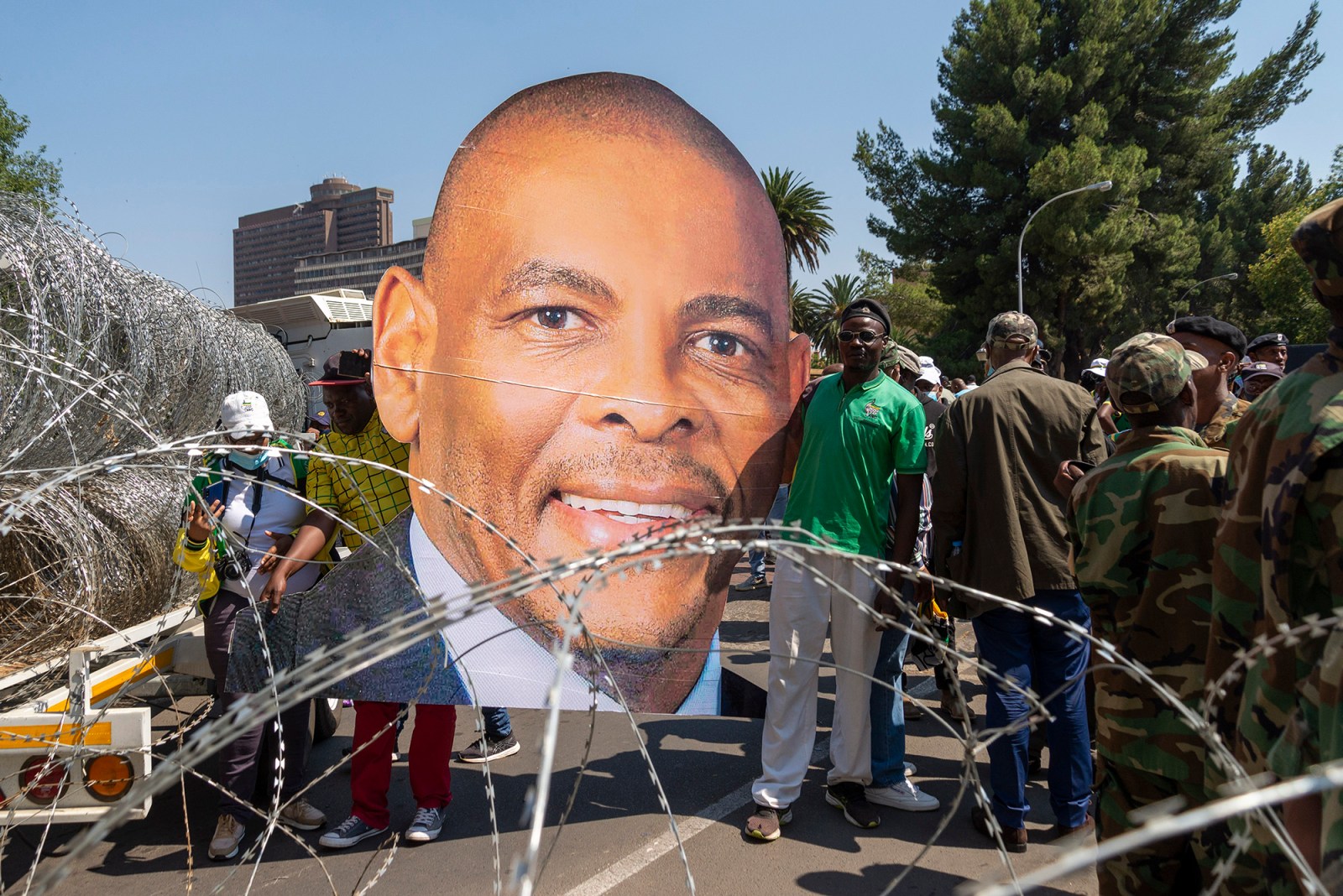 Ace Magashule established and then ran his alleged empire of graft in the Free State over a period that spanned several decades. But the act that may lead to the downfall of one of South Africa’s most notorious politicians would have lasted mere seconds.

With the stroke of a pen, the magistrate who this week signed the arrest warrant for Magashule provided the clearest affirmation yet that our criminal justice system has been released from the forces of capture.

At his subsequent court appearance on Friday, a smiling Magashule greeted and chatted with supporters before the matter got under way.

He also exuded confidence when he later delivered a fiery speech in front of a large crowd of supporters.

It is doubtful, however, that Magashule would have had a restful first night as a corruption-accused.

A significant early development in the case around the Free State’s R255-million asbestos audit contract spells trouble for the defence. Moroadi Cholota, Magashule’s former personal assistant in the Office of the Premier, has agreed to turn state witness.

Cholota’s testimony may prove extremely valuable in firming up the 21 counts of corruption and other offences Magashule now faces.

The state will argue that Magashule partook in the distribution of some of the funds directly linked to the asbestos contract, among other alleged offences.

According to the Prevention and Combating of Corrupt Activities Act (Precca), a person is guilty of corruption when he or she agrees to accept any form of illicit gratification. This would be applicable regardless of whether such payments were “for the benefit of [the accused] or for the benefit of another person”.

The charge sheet for the asbestos case contains several examples of such alleged offences. They relate to payments that businessman Igo Mpambani, asbestos co-accused Edwin Sodi’s late partner, had made to third parties.

Emails show that Mpambani had received requests for certain payments from Cholota, and that she had apparently sent them on Magashule’s behalf.

Some of the proceeds of the asbestos contract were used to buy tablet devices, settle the study fees of a former acting judge’s daughter, and to bankroll a trip to Cuba for a group of ANC Youth League members in the province. All of this was allegedly done on Magashule’s instruction.

This week’s dramatic events won’t bring about the end of corruption in South Africa, but they certainly constitute a death warrant for the total impunity we’ve become all too familiar with.

For years, the likes of Magashule flagrantly disregarded their legal responsibilities as custodians of public funds. But they and other powerful politicians will no longer be spared the legal consequences of their alleged abuses.

Considering Magashule’s influential position as Secretary-General of the ANC, the latest development represents the NPA’s boldest move to date in its pursuit to combat high-level graft in the post-Jacob Zuma dispensation.

As such, the case will be closely watched, but the public may also start to wonder when the NPA will start to move on other prominent state capture matters.

There is some speculation that the Free State’s Vrede dairy saga may be next in line.

If this proves true, Magashule’s name could once again appear on an arrest warrant. He may then also find himself in the company of other high-profile individuals who allegedly took part in or benefited from the dairy scheme, including the Gupta brothers and former Free State agriculture MEC Mosebenzi Zwane.

The Vrede dairy project and the asbestos deal, sadly, are but two small drops in a sea of financial mismanagement and alleged corruption that engulfed the province during Ace Magashule’s time in charge.

After his court appearance, Magashule tried to convince his supporters that he ran the Free State responsibly and with due consideration for its many poor residents.

But there is no lack of hard data that points to the contrary.

As Magashule was speaking, this reporter pored over the stack of Auditor-General (AG) reports released during the nine years he was premier. AG Kimi Makwetu, who sadly passed away this week, and his predecessor, Terence Nombembe, repeatedly exposed the Free State as one of the worst-run provinces in the country.

Here are a few takeaways: Between 2009 and 2018, the Free State’s 14 provincial departments racked up a jaw-dropping R21-billion in irregular expenditure. This figure does not include irregular expenditure at municipalities, where Magashule’s influence also loomed large.

The data confirms that things went from bad to atrocious as Magashule’s tenure as premier progressed.

In the 2009-’10 financial year, the province’s irregular expenditure stood at R1.5-billion. When Magashule left in 2018, that figure had climbed to nearly R4-billion. Unauthorised expenditure amounted to R51-million in 2011-’12. By 2018, it had risen about tenfold to come to R513-million.

When Magashule took over as premier, a handful of departments were still achieving unqualified audits.

Makwete’s terse little note in the report for Magashule’s last full year in charge says it all: “No auditee in the Free State achieved a clean audit.” Not one other province in South Africa matched this dubious achievement.

He was clearly alarmed by the failure of Magashule and other senior provincial officials to address the rampant financial mismanagement.

“The leadership failed to lead by example and take decisive steps to enforce zero tolerance for deviations from SCM [supply chain management] processes,” Makwete wrote in his 2015-’16 Free State report.

Irregular expenditure does not necessarily equate to corruption or other criminal misconduct, but they frequently go hand in hand.

There would therefore be no shortage of potential cases for a rejuvenated NPA and other law-enforcement bodies to look at in the Free State. In the meantime, don’t be surprised if Ace the Robin Hood is fully exposed as Ace the King of Thieves. DM168

You can get your free copy of DM168 at these Pick n Pay stores.