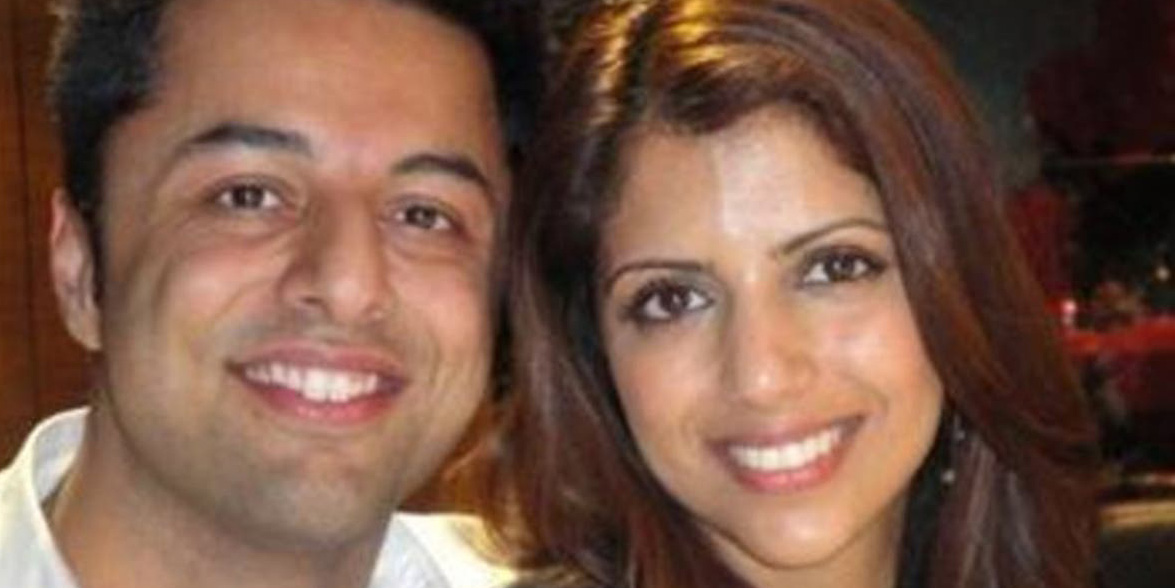 A decade ago, newlywed Anni Dewani was murdered while on honeymoon in Cape Town. Her husband Shrien was acquitted of orchestrating her murder. A new book tries to unravel what his role really was.

A shorter version of this story was first published in Daily Maverick 168 – click here to see stockists and where to get a free copy of the newspaper.

Dewani’s lifeless body was found in the back of a VW Sharan parked in a street in Khayelitsha the morning after she and her husband, Shrien, had purportedly been abducted by two gunmen who had confronted them in Gugulethu in an apparent robbery and hijacking.

Anni’s killing is one of several brutal intimate partner murders that forensic investigators and authors, brothers Thomas and Calvin Mollett, have excavated post-trial.

Their latest book (only in e-format),“The Bloodied Bride – Did Shrien Dewani get away with murder?” has just been published and coincides with the 10 year marking of Anni’s death.

“Dedicated to all the victims of femicide,” the brothers have inscribed on the first page.

They also sifted through the evidence presented in the trial of paralympic champion Oscar Pistorius who shot to death his girlfriend Steenkamp through a bathroom door on Valentine’s day in 2014. Pistorius is currently serving 15 years for the murder.

In the Lotz matter, Inge’s boyfriend, Fred van der Vyver, was charged with her murder but acquitted after a 10-month trial.

In order to test the evidence in the Lotz case Thomas Mollett went as far as procuring a rare ornamental hammer, almost identical to the alleged murder weapon, and a pigs’s head from his local slaughterhouse, in order to test its effect on the animal’s skull through repeated blows.

Mollett also reconstructed, in his apartment, a version of the bathroom in Pistorius’ luxury home where Reeva was fatally wounded when the athlete fired through the door in an apparent rage.

Mollett’s skill at drilling down into detail led to his handling of all pathology aspects in the Jason Rode trial while assisting the state. Rhode was convicted of killing his wife, Susan, in 2016.

For the past four years the brothers turned their attention to the evidence presented at Shrien Dewani’s 2014 trial for masterminding the murder of his wife.

Shrien was implicated by driver Zola Tongo whom he had met only a few days earlier on the couple’s arrival at Cape Town International Airport.

On the night of the hijacking Tongo was dragged out of the vehicle while Shrien later said he had managed to escape via a back window, leaving 28-year-old Anni to an awful fate.

When Tongo, after his speedy arrest, confessed that the British businessman had been the mastermind behind the plot to kidnap and murder his bride, Dewani, who had been allowed by police to leave South Africa, spent years fighting his extradition to face charges in the Cape Town High Court.

In 2014 Dewani returned and after a sensational trial where he confessed to being bisexual and his online cheating was exposed, Dewani was acquitted of all charges and walked out of court a free man.

Judge Jeanette Traverso found she could not rely on the police investigation and that statement taken from accomplices had been contradictory.

Tongo, however, was sentenced to 18 years for his role in the kidnapping and murder but was due to be released in July 2020 after serving half of his sentence. However, the parole was revoked at the last minute after fierce objection by the Hindochas, including Anni’s parents, Vinod and Nilam Hindocha, and Tongo therefore remains in the Malmesbury prison.

The shocking murder and the convoluted plot involving assassins-on-speed dial drew wide local and international attention and marked South Africa as a crime-ridden holiday destination where a hitman could be hired on arrival.

Dewani’s legal team, while he did not testify, argued that the South Africans had planned and executed the hijacking, robbery and murder on their own.

Dewani, now 40, returned to the UK where he has reportedly found new love and is in a long-term relationship with a Brazilian-born model, Gledison Lopez Martins.

A 2013 BBC Panorama documentary based on “never seen before footage” casting doubt on the South African investigation, the Mollett brothers found, “had a significant effect on the trial” and which they explain in detail in the book.

At the time, Anni’s uncle, Ashok Hindocha criticised the Panorama film-makers for not consulting the family and for playing “judge and jury”.

The brothers researched their book on and off for four years, visited all the relevant scenes, conducted further interviews, tested versions practically and worked from material in the public domain.

Thomas Mollett sets out that the South African investigation was not such a disaster as many claimed it to be.

“Within a few days, they had arrested four suspects.”

While the forensic work by the SAPS had been sloppy and could have led to a better understanding as to why and when Anni had been shot, the biggest mistake police made, say the Molletts, was letting Shrien leave the country.

“He was there that night and as a witness at least should have stayed to assist the police with their investigation.”

The killing, according to the brothers, could not have been a “botched robbery” because, even according to Shrien’s plea explanation, Tongo could not have had the foresight and information to plan the “robbery” at a specific spot in Gugulethu that Saturday afternoon already, unless he had obtained this information from the new groom.

Shrien had made the dinner booking at a restaurant close to Somerset West at around 13:45 pm and had no further contact with Tongo that afternoon until he picked them up from the hotel.

The information, the brothers conclude, must have been known to Tongo at the time of his meeting with the eventual shooters Mziwamdoda Qwabe and Xolile Mngeni that afternoon already.

“Shrien could have chosen to dine in Hout Bay, which would not have taken them on the N2 and past Gugulethu.”

The brothers argue there was nothing “botched” about the hijacking since there had been no intervention of any kind.

The most jarring evidence in the docket, the Molletts found, was that of a transcription of a meeting Shrien had with the Hindocha family on his return and which was secretly recorded by Anni’s cousin Sneha Mashru.

“Compared to later versions (proven by CCTV, cell-records, etc.) and against his Plea Statement he blatantly lied to them,” say the authors.

Dewani told his in-laws that Tongo had immediately left after dropping the couple off at the Cape Grace Hotel. But it emerged in court that Dewani had in fact spent nearly ten minutes conversing with Tongo as Anni checked in.

There were other anomalies in Shrien’s early account to the family including his leaving out of a crucial bit of evidence that was later presented to court – that Shrien had drawn a large amount of cash to pay for a “surprise” helicopter trip for his wife and also that he had had a conversation of over five minutes with Tongo the previous night.

Dewani at no time recounting the nightmare to his in-laws spoke of the “surprise helicopter trip”.

The brothers also made another critical discovery that the alleged intermediary in the plot, hotel receptionist Monde Mbolombo, had in fact been in contact with Tongo on the night during a specific and critical call, and not with one of the assassins, Mziwamdoda Qwabe.

“We carefully analysed cell-records and found that the CCTV times and cellphone recorded times were not synchronized as BBC Panorama assumed and used to make certain points – and on which Traverso incorrectly worked on.”

The brothers argue that the court was remiss in dismissing evidence about Shrien’s interactions with other parties outside his relationship with Anni, which could have figured in a probable motive.

“It was not about his sexuality but about the double life and secretive aspect of it,” wrote the Molletts.

The book had a specific scope, said the authors.

“We are not interested in the side-shows, personal lives, the families, or the court case itself; the book primarily deals with Shrien Dewani’s versions.

“He was there that night when his wife was killed but he never testified – so this is an effort to distil and deduce from his various versions, what the real story is behind the death of Anni Dewani.” DM 168