Western Cape results: DA holds eight wards, but gets a wake-up call with dip in support 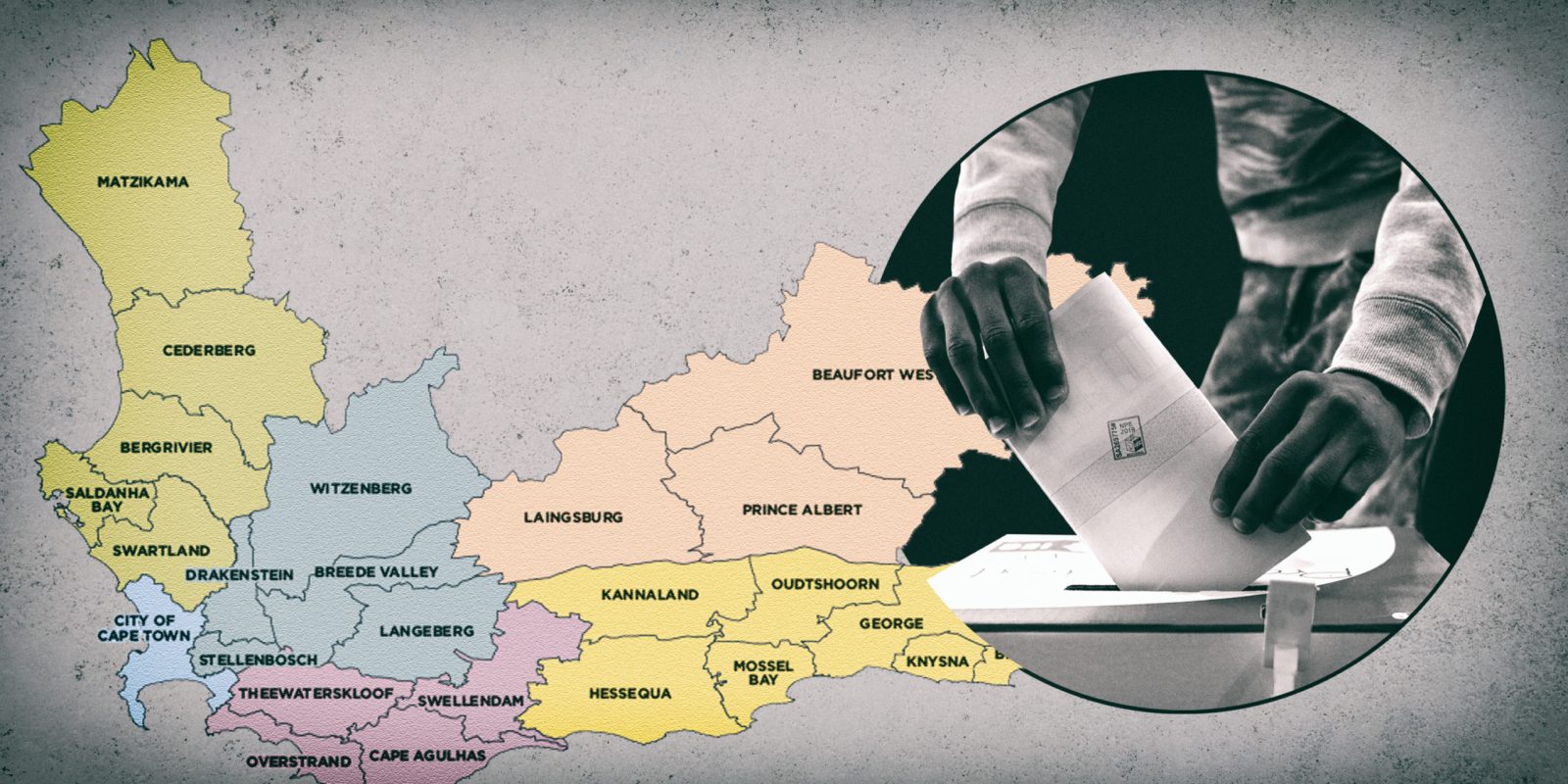 By-election results coming out of the Western Cape show the Democratic Alliance retaining eight wards but losing one to the GOOD party. The DA has seen a loss of support in several areas.

Democratic Alliance leader in the Western Cape, Bonginkosi Madikizela, says the party needs to pull up its socks following its losses during the Super Wednesday by-elections on 11 November.

“We need to get our house in order,” said Madikizela, speaking to Daily Maverick after the release of preliminary results from the 11 by-elections in the Western Cape.

While there was a concern regarding the drop in support, the DA provincial leader was optimistic about the party’s growth in Philippi.

The by-elections results as of 11am on Thursday, 11 November, can be seen here.

According to the Independent Electoral Commission, the DA retained eight wards out of 11 in the Western Cape.

The ANC retained two wards in Philippi and Langa in Cape Town, while GOOD gained a ward for the first time in its young life. The ward, in George, had been won by the DA in the 2016 local elections.

The DA losses are plain to see:

Madikizela attributes some of these losses to two things – people were still cautious about Covid-19 and “people are not very enthused about elections”.

The by-elections saw a 37% drop in voter turnout nationally.

Madikizela said the Western Cape result was a warning to the DA from voters, and there was a need to now listen to them.

The DA retained both wards and now has 10 seats on the council.

Before this by-election, the ANC was in a coalition with COPE and local party Knysna Unity Congress (KUC) to control the municipality.

George told Daily Maverick he was happy with the outcome and that the hard work starts now to “return to governance” in the municipality.

“We congratulate all our candidates – true sons and daughters of their communities – for the honourable and dignified campaigns they fought,” said GOOD’s national organiser Shaun August in a statement on Thursday morning.

“In particular, we congratulate Richard Hector, our councillor representing the people of Ward 27 (Pacaltsdorp) in George.”

The ANC’s Western Cape convener, Lerumo Kalako, said the party was encouraged by the two wards it retained in Cape Town.

“[We] believe that we will radically improve on our results from the 2016 local elections in next year’s local government elections.

“There will be no easy ride to 2021 for the rightwing DA. The DA is not unbeatable in the Western Cape. We saw yesterday that voters are deserting the DA,” the ANC said in a statement.

Formal results were due to be released by the Independent Electoral Commission later on Thursday. DM