Racism! Conspiracy! Agenda! The usual suspects, the usual lies, not much success 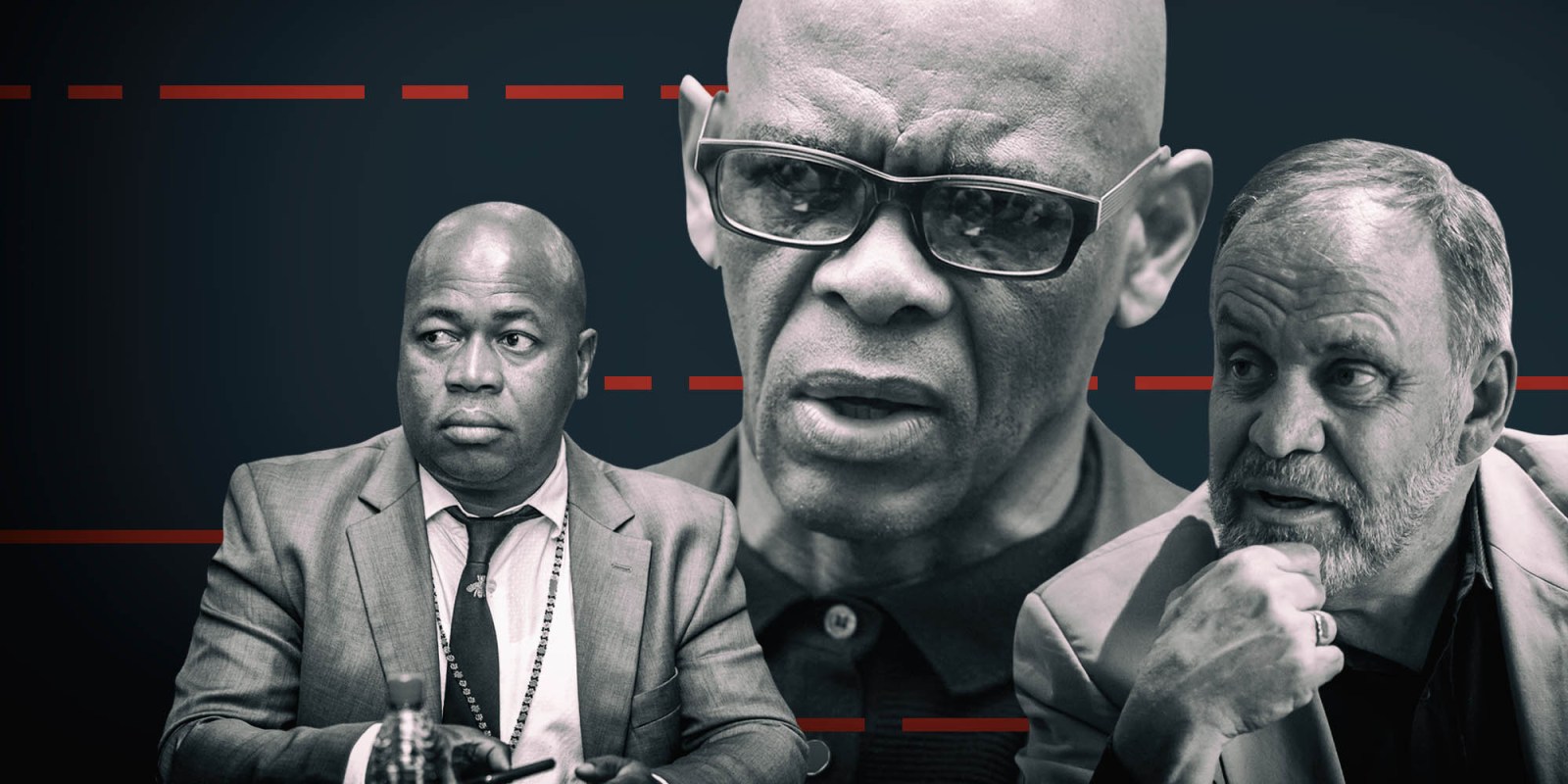 There has been no resetting of the political dial towards Ace Magashule, despite the fact he will now be arrested, which is a truly seismic event in the life of any governing party.

Since the announcement by the Hawks that they have issued an arrest warrant for Ace Magashule, several people and organisations have come forward to support the embattled ANC secretary-general. Their support, however, has not been matched by a high quality of argument. Quite the opposite.

There have, as always, been veiled threats, unsubstantiated claims and the odd bitter complaint. But, much more importantly, no substantive arguments were produced, the type that could change public sentiment or the debate on this issue.

The list of people who have come out in public support of Magashule has been entirely predictable.

Carl Niehaus, the spokesperson for the Umkhonto we Sizwe Military Veterans’ Association (MKMVA) was one of the first out of the starting block. He first tweeted his own public support and that of the MKMVA, before doing a round of interviews.

In one of those interviews on Newzroom Afrika, he accused this reporter and others of being part of a Stratcom campaign against Magashule. It was startling how quickly Niehaus got personal, making ad hominem attacks without any evidence. He quoted Oliver Tambo repeatedly, claiming that the decision to charge Magashule was the work of “wedge-drivers” in the ANC.

But he repeatedly refused to name the people who might be responsible.

It was an interview that revealed more about the weakness of his argument than the strength of his case.

Niehaus works in the office of Magashule, but won’t reveal what he actually does there. This is despite the fact that he was fired as national spokesperson of the ANC in 2009 after it emerged he had lied repeatedly and often, and frequently about money. If Magashule steps aside or is removed from his post, Niehaus may well lose his source of income. And it would appear unlikely that someone who has lied about money, lied about whether his mother is alive and so vociferously defended Magashule would be able to get another job.

Then there is the mayor of Ekurhuleni, Mzwandile Masina.

He tweeted on Tuesday night that, “A moment for civil unrest is now, we can’t allow abuse of State institutions for further political ends. This is wrong, those elected must implement our resolutions and arrest white masters for us to believe they are genuine. Otherwise they stand accused”.

But that did not stop it from being widely available, in some cases by people in the ANC itself, including the former tourism minister Derek Hanekom.

Masina. He deleted this one. pic.twitter.com/TyJNVNefc0

Masina’s argument, again and unsurprisingly, does not appear to be grounded in fact.

Magashule is accused of benefiting and allowing others to benefit from a project that saw government money going to government officials and certain connected business people. So far, no white people have been named or implicated. So then, who are the “white masters” about whom he refers?

The simple fact is that they do not exist. It is a classic case of claiming that any political leader accused of corruption is the victim of yet-to-be-defined racism.

Later, Masina tweeted (and now also appears to have deleted it):

“Arresting leadership based on apartheid laws does not make sense. I reject this arrest and will be in court with my SG to support him against this democratic disgrace. No stepping down is applicable until those documents are unsealed in court. No to selective prosecution.”

And again – you guessed it – no evidence was presented.  The sky does not turn green just because Mzwandile Masina says it is so.

He also tweeted this statement of undying support:

SG is us, we are SG. No retreat no surrender, have received proper briefing from him and more confident to face the future pic.twitter.com/2O9eLqal6P

The same held for that other long-term supporter of Magashule, Sello Pietersen. Pietersen is both the spokesperson for the ANC Youth League in the Free State, and the spokesperson for Free State Premier Sisi Ntombela. He once tried to organise the burning of copies of the book Gangster State by the Scorpio journalist Pieter-Louis Myburgh. He claimed on SAfm on Wednesday morning that there was a political motive in the prosecution of Magashule. Three times he was asked for evidence to back up his claim, three times he gave no answer.

It is an indication of the problem that Magashule faces: no one who supports him in public has been able to muster an argument stronger than “it’s a racist conspiracy by people with an agenda”. There are no names that anyone will list in public. But the claim itself that this is about race in some way is incredibly weak: to repeat, this was black people stealing from black people.

In some ways there are resonances with the situation in the US.

There, Republicans are still claiming that Donald Trump won the election, or at least did not yet lose and his Secretary of State, Mike Pompeo, claimed there would be a smooth transition to “the second Trump Administration”. This is against the face of clear evidence: the number of votes.

But it does mean that Pompeo will remain popular with his boss.

The same may be occurring here, people are supporting Magashule because they are part of the same faction. Which means there is no logic, no evidence for their arguments, just an expression of internal solidarity.

However, more important than all of this is that there have been no new, unexpected people or groupings coming out in support of Magashule.

This is perhaps the most important dynamic of the week so far. There has been no resetting of the political dial towards Magashule, despite the fact he will now be arrested, which is a truly seismic event in the life of any ruling party.

The fact that Magashule has, according to the ANC, asked that ANC members do not support him outside court may be interpreted by his critics as proof that he has very few supporters. But it is more likely that the ANC as a whole is concerned that there will be ANC members supporting him and ANC supporters opposing him outside the same courtroom on Friday,  which could be very damaging for the party, with a potential for intra-party violence.

However, just the fact that this is a possibility is a sign that our democracy is working.

It is well known that Magashule has been the dominant political force in the Free State ANC for many years. Now, at the first sign that he is vulnerable, groups of people opposing him have emerged. They have held public press conferences, protests and conducted interviews. This is important, because it shows that within our system people will contest for power.

If there was no move against Magashule in the Free State that would be a sign that nothing could change there, which would mean that our democracy is not working.

It would appear the next battleground in this saga will be the ANC’s National Executive Committee. Magashule will not step aside without a fight. He is likely to argue that he has done nothing wrong and must remain in office, the NEC’s recent “line in the sand” statement be damned.

The stakes are high. The ones who lose could end up in jail. The battle for their survival is about to begin, with no presumed winners. DM