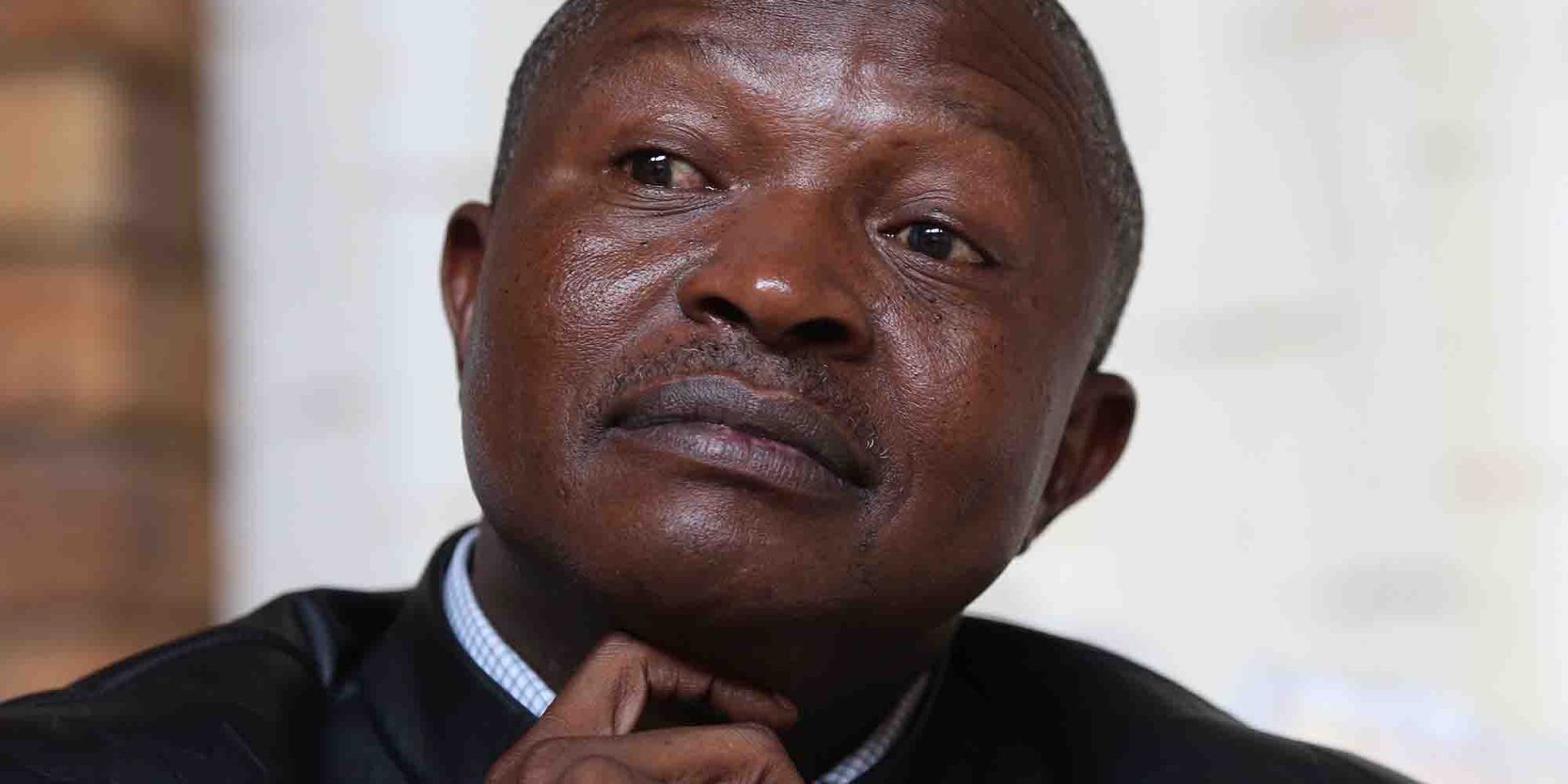 Deputy President David Mabuza has been tasked with looking after the grievances of South Africa’s ex-combatants, and at least one military veterans’ association – the MKMVA – says it believes the ‘action man’ will make something happen at last.

President Cyril Ramaphosa has appointed his deputy, David Mabuza, to deal with some long-running issues related to compensating ex-combatants from liberation movements. People claiming to be members of one such group, the Umkhonto weSizwe Military Veterans’ Association (MKMVA), have in recent times staged violent demonstrations against foreign-owned businesses in Durban and they have also protested on a Johannesburg highway in an attempt to get the ANC’s attention. They are mostly aligned to ANC Secretary-General Ace Magashule, and MKMVA spokesperson Carl Niehaus has announced that they would support him during his court appearance in Bloemfontein relating to corruption charges in connection with a R255-million asbestos audit tender.

Mabuza, flanked by Minister in the Presidency Jackson Mthembu, the Minister of Defence and Military Veterans, Nosiviwe Mapisa-Nqakula, and her deputy, Thabang Makwetla, met with four groupings of ex-combatants at the St George’s Hotel in Irene on Wednesday. The MKMVA, splinter group Umkhonto weSizwe National Council (MKNC), which mostly supports Ramaphosa, Apla Military Veterans and Azanla Military Veterans had back-to-back meetings with the government leaders, according to a programme for the meeting obtained by Daily Maverick.

Kebby Maphatsoe from the MKMVA said the meeting was about the four-year-old issue of compiling a verified database of ex-combatants who are eligible to receive special social benefits like housing, as well as grants and educational support for their children.

“We have complained about this for a long time. It’s all about willingness. The president now realised this thing is going to create problems for him, that’s why he deployed the deputy president so that he can take powers and decisions immediately. We could have long finished this thing of verification.”

Maphatsoe added that Ramaphosa said the issues related to the grievances raised by the MKMVA could be implemented while the process of verifying the database continued.

“It was our first meeting with [Mabuza],” Maphatsoe said. “As MKMVA I must say that at least it seems that the government is now taking our issues very seriously. That is why it has deployed the highest person, the second-in-command in the country, to deal with our issues. It shows seriousness and I am happy, I know that he will deliver. I have got confidence in him.”

Maphatsoe said Mabuza, when he was premier of Mpumalanga, was going to establish a directorate of military veterans in his office after MKMVA met with him. This didn’t happen as Mabuza became deputy president, but Maphatsoe said this issue would still be dealt with on provincial and local government levels. “We hope in a year many things should have happened,” he said.

The meeting resolved that a team must start working on verifying the database within seven days. The department has said the issue of verification was difficult because liberation armies were often informal and the names of soldiers not recorded, but Maphatsoe said this was untrue.

Maphatsoe said this process was started some time ago and should have been finished by now. “Some submitted their forms four years ago and have not been dealt with,” he said. “It’s been coming for four years, that’s why we’re very frustrated and that’s why we took to the streets.”

Ex-combatants have also asked for a once-off gratuity payment, but Maphatsoe said this wasn’t among the MKMVA’s demands but related to a decision made 28 years ago when the combatants came back from exile. This issue needed the input of the Department of International Relations and Cooperation and the United Nations, he said.

Various groupings have been vying to be recognised as military veterans, including the South African Cape Corps Military Veterans’ Association.

MKMVA and MKNC essentially represent the same interests and are yet to hold a conference in which they will talk about uniting. There are efforts to do so after a conference was postponed indefinitely in March amid questions about missing trust fund money.

The MKMVA has repeatedly been unhappy over what it believes is a lack of recognition by the government and a failure to integrate them into the country’s economy, despite repeated ANC conference resolutions on this issue. Another of their demands has been for a special ministry. DM