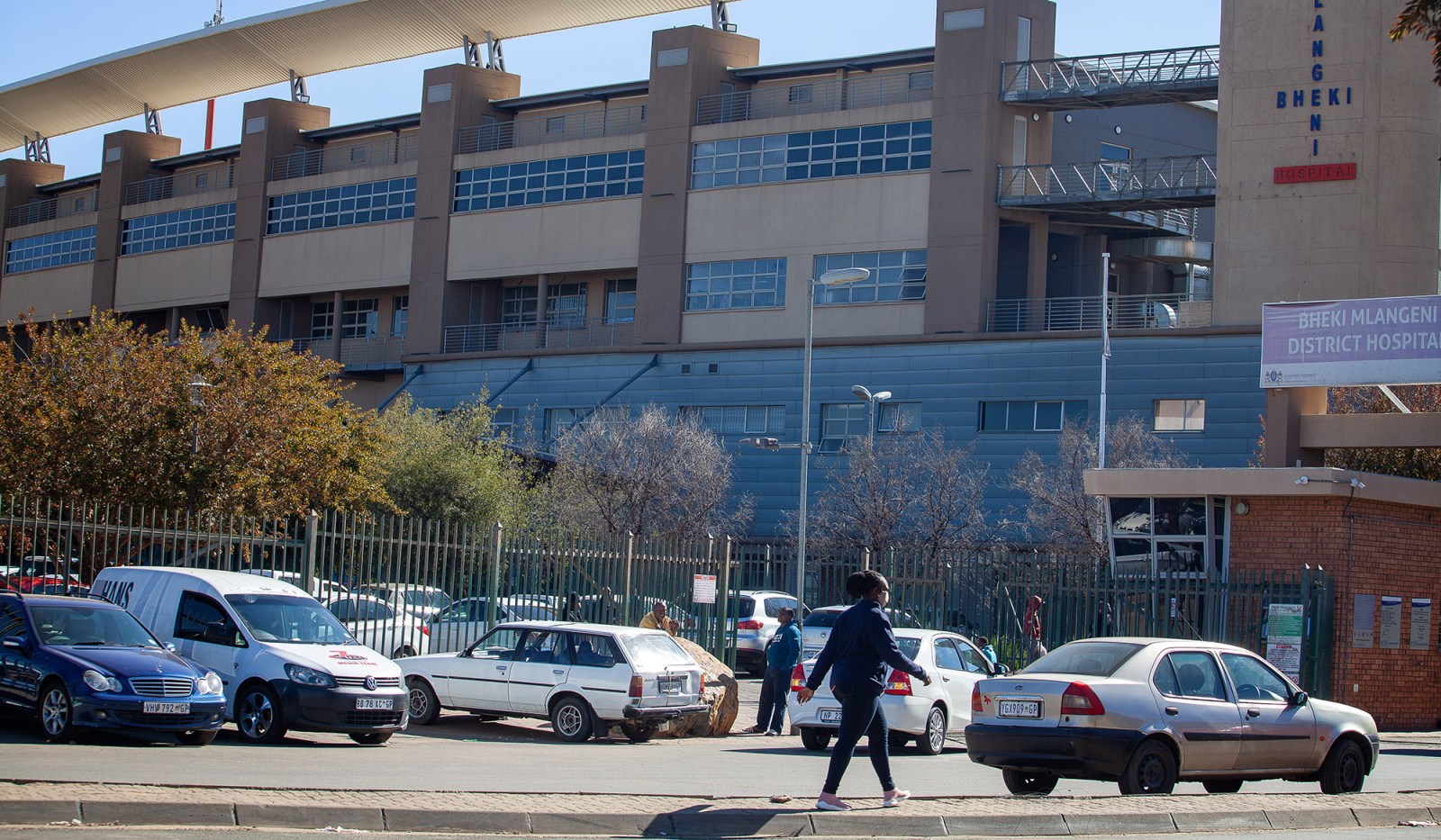 The Gauteng Department of Health, in collaboration with the South African Human Rights Commission, has launched an investigation into the Bheki Mlangeni Hospital in Soweto following allegations of corruption, mismanagement, stabbings, murders and rapes at the facility.

The South African Human Rights Commission (SAHRC) says it has received complaints from members of the community about nepotism, corruption, abuse of power and a critical staff shortage at the Bheki Mlangeni Hospital in Soweto.

On Wednesday, Gauteng SAHRC manager Buang Jones said, “Following lengthy engagements, members of organised labour made a number of submissions, a number of startling allegations, which point to serious systemic issues which required the attention of the [health] department.

“These issues include, corruption, maladministration, victimisation, unlawful suspensions and appointments, divisions in management, dysfunctionality of key committees essential for the administration of the facility, the hospital is highly politicised, non-enforcement of bargaining wards, systemic governance and clinical care challenges.”

The SAHRC had asked the provincial health department to furnish it with a comprehensive and integrated security plan for the Bheki Mlangeni Hospital and other healthcare facilities in the province.

“There have been other incidents or acts of criminality which were reported to the police and widely reported in the media. And this is something that the department is also looking into,” Jones said.

“The investigations have already begun.”

He said that, “Over the past three years, we have criss-crossed the province, visiting various healthcare facilities and the challenges remain the same. There is no staff morale, critical staff shortages, and governance and administrative challenges, and these are issues that we hope the acting HoD and acting [Health] MEC Jacob Mamabolo will address.”

Jones said Mamabolo had committed to working with the commission.

“We want to find more viable and implementable solutions for the problems that are facing this facility.”

The acting head of the Gauteng health department, Lesiba Malotana, admitted that the hospital was in the spotlight for the wrong reasons. He alluded to the serious allegations that have been widely reported in the media, such as the rape of patients and patients stabbing one another.

Malotana said the investigation into the hospital would take six weeks.

“We are hopeful that… the hospital [will be] optimised and configured for its intended purposes,” said Malotana.

“Secondly, there is an immediate investigation that really relates to the recent alleged rape incident that occurred at the institution a couple of weeks ago, which is part of the wider adverse events that have taken place in the province in the past couple of weeks.

“We have four allegations of patients raped in our facilities, so we decided to conduct a broader independent review, including our capacity to provide comprehensive mental healthcare services and deal with security assessment.”

In addition, “The CEO of the hospital has been placed on precautionary suspension pending the outcome of investigations, one of which was the current investigation sanctioned by SAHRC.

“We want to improve labour relations to create stability in the institution. The department takes these issues very seriously and we want to ensure that in the next six weeks we will come back to the commission and organised labour and make a commitment that all the issues have been covered for the purpose of stakeholder engagement.

“Of course the biggest allegation that sits at the top of this hospital is the old story of jobs for cash or jobs for sex… [and it] is part of the investigations.”

Malotana said an interim management team was running the affairs of the institution.

“The issue around staff morale, we have agreed with labour that we are going to hold hands as a team because one of the things that they identified was that there is no staff morale in this institution. So, this is one of the things that we agreed to look into and improve the communication at the hospital and try to create stability. If, as management, we are not singing from the same hymn book we will not succeed in building this facility.”

Said Zazayokwe, “Yes, my mom died at the same hospital in 2016. She had trouble breathing. The ambulance services had taken her to the Bheki Mlangeni Hospital but were told there were not enough doctors, which led to her taking long to be attended. She died as a result. I’m still traumatised by the sight of this hospital.” DM