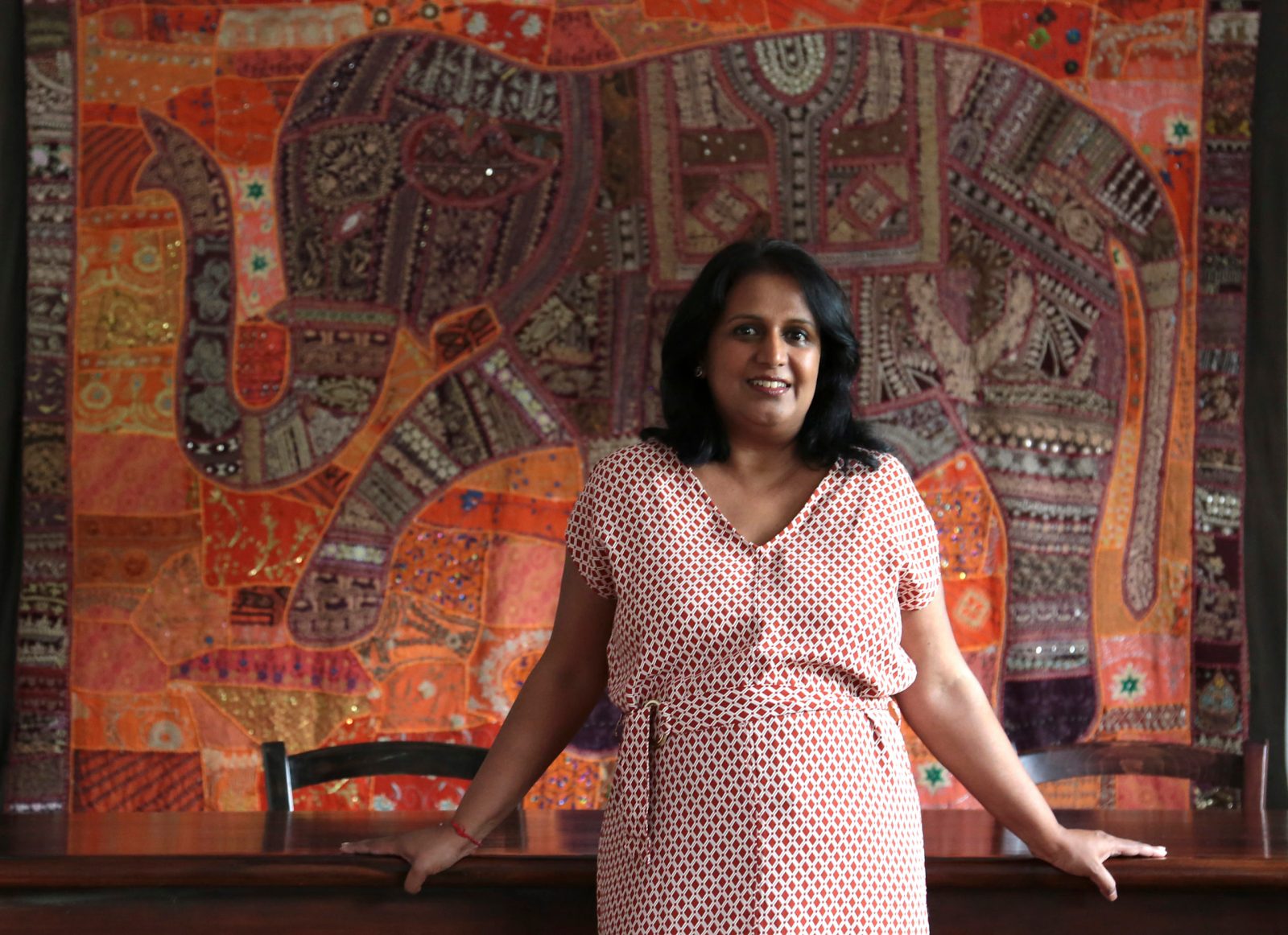 Sometimes the world is a hard place, but Kaajal Ramjathan-Keogh will still take on despots, bullies and anyone else who thumbs their nose at the rule of law.

Kaajal Ramjathan-Keogh tucks her legs to one side on the patio chair she’s settled into at her Joburg home. All of her fits in comfortably – she’s not much taller than 1.5m after all.

Height, though, doesn’t matter for a woman who’s gone after war criminals. She helped get Sudanese despot Omar al-Bashir behind bars. She also doesn’t shy away from bureaucrats and bullies like the ones at the Lindela Repatriation Centre. In the years she worked for Lawyers for Human Rights (LHR) the immigration officials there routinely made her park the furthest away from the holding centre to be deliberately discourteous, or they would lock her in with dozens of male detainees to try to intimidate her.

“I was there literally to fish out people who did not belong in there and sometimes there were children as young as 14 they had locked up,” she says. She’s unapologetic and precise too when she argues for the urgent need to prosecute apartheid-era Security Branch policemen. It’s for answers and closure, but also because the future we want demands it.

“I just never grew tall enough to become a flight attendant,” she laughs about the girlhood fantasy job her physical stature robbed her of.

She did, however, grow to become deeply socially aware. Student politics and working on the varsity newspaper at the University of Natal (UKZN) in the last days of apartheid rule pulled her in to stand up against injustices. And in April 1993 when Chris Hani, leader of the South African Communist Party and chief of staff of uMkhonto weSizwe, the armed wing of the African National Congress (ANC), was assassinated, the tumult that followed was a turning point for her.

“That stayed with me,” she says. The imprint remained even after she left her home in Phoenix, in Natal as a young lawyer to do a work stint in London.

“Mergers and acquisitions were interesting, but it wasn’t what I wanted to do with my life. I knew I had to work in the public interest space, and the first 10 years after democracy were the glory days for the law,” she says.

She ended up working at LHR for 12 years before joining the Southern Africa Litigation Centre in 2015 until she took up the role as Africa director of the International Commission of Jurists (ICJ) this spring.

“The work at the ICJ is about building and supporting an independent judiciary on the continent and working with judges on things like why they need to be upholding a woman’s right to abortion or the rights of the LGBTQI community,” she says.

Most recently they’ve been involved in supporting Nigerian citizens’ right to protest against the notoriously brutal and corrupt police agency called the Special Anti-Robbery Squad (SARS) and they are building networks and offering technical support for commissions of inquiry that will be held in the 36 states across that country. The ICJ is also fighting for Zimbabwe journalist Hopewell Chin’ono to be released.

“We really need to be reading more, writing more and becoming aware of what’s happening across our borders – like the terror attacks in northern Mozambique or the executions in Botswana,” she says.

She is all for us being dissenting voices, for exercising our rights and being the kind of citizens who push back, speak out and develop our muscles for critical awareness. It holds power to account and helps us recognise injustice and oppression even when it’s not in our backyards, she says.

“Take the al-Bashir matter in 2015; if we didn’t have an independent, strong judiciary he would have been allowed to arrive in our country, vomit all over our democracy and rule of law and leave without any accountability,” she says.

Ramjathan-Keogh knows that her work is a fight most days but she’s also learnt that staying calm is how she finds clarity for better strategising and strength to keep going. Recognising a bad match-up also matters – like the time she honoured her nomination to interview for the role of Public Protector but realised even as she sat in a locked-up interview room for hours that not all was right. The role has become distorted, from the duds who have filled it, to the politics and posturing that have become a distraction from actually protecting the South African people.

Switching off is her other superpower.  It means she can say “no” more easily, so that workdays do end and she can be wife and mom to two almost-teens, or as she says with a laugh, “to be the cook, the nurse, the nag, the everything”.

She’s still a fan-girl of the 1980s pop duo Wham and if there’s a pink strawberry glazed Krispy Kreme doughnut somewhere in the mix of a bad week, she’s going to say “yes” to the sugar rush every time.

“When you have been doing this for so long you just get on with the job that needs to be done,” she says.

Ramjathan-Keogh makes light of it, but it’s more than a job. Using the law as a dreamcatcher for the better society that is still being imagined means emotions and raw feelings aren’t always easy to untangle from the fight.

She keeps many past cases close to her heart. She tells of a young woman gang-raped who ended up fleeing to South Africa and desperate for a new life in the US by the time she asked Ramjathan-Keogh for help.

“So many refugees and asylum seekers just want to be resettled in a first world country and that almost always never happens. But there have been a few that we’ve managed to help, like this young woman who wanted so badly to be in the United States. She did get to leave the country and sometimes I would wonder what she was doing. Then out of the blue one day I got an email from her. It read: ‘I just want to say thank you and to let you know that I’m in nursing college in Minneapolis, I am happy and my life is so much better now’.

“That’s what makes it all worthwhile.” DM/MC