Voters head to the polls: ‘Today will hopefully bring...

Voters head to the polls: ‘Today will hopefully bring us something better’ 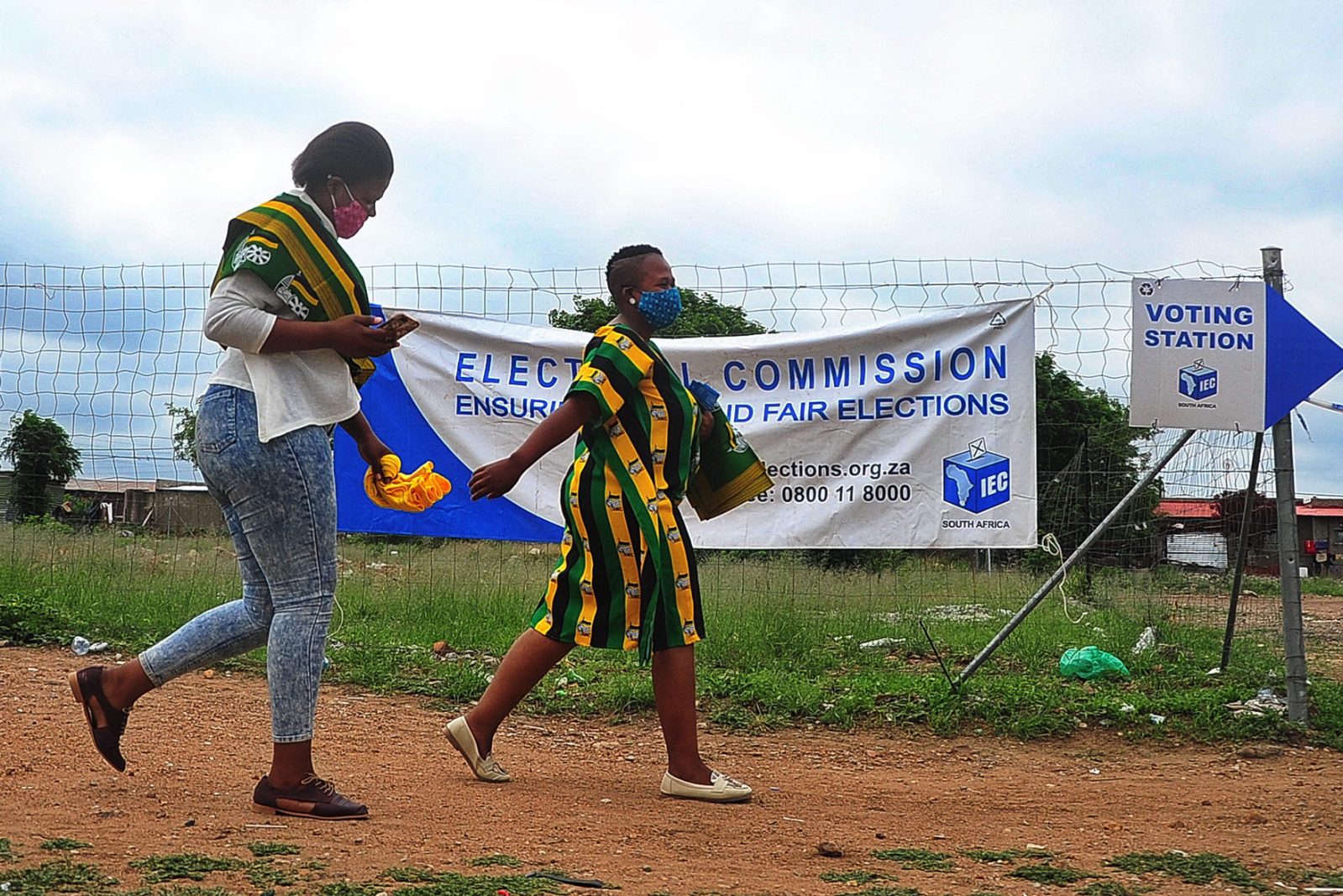 South Africans made their way to polling stations around the country today to vote in over a hundred by-elections in 55 municipalities across all nine provinces. Job creation was uppermost in the minds of voters at a ward in Seshego, Limpopo.

Early on Wednesday morning, Anna Moloto returned from work after a night shift and headed straight to the polling station near her home in Luthuli Park, Seshego, to cast her vote.

She was among a trickle of voters that walked the short distance to the tented polling station on an open field in a by-election for ward 14 in the Polokwane municipality of Limpopo.

The main protagonists in the ward were the ANC’s Thomo Raymond Manyaka and the EFF’s Martin Segoale. Street poles in the township were festooned with images of the two men.

The seat became vacant following the death in November last year of ANC councillor Steve Monampane Mashabela. The 45-year-old member of the ANC’s executive committee in the Peter Mokaba region died after a short illness.

However, the EFF is seen as a powerful player in Polokwane, which is home to party leader Julius Malema – he hails from the township of Seshego.

The ward 14 by-election was one of four seats being contested in the province. The other two seats up for grabs are in the Mopani municipality and the Sekhukhune district municipality. All were previously held by the ANC.

The ruling party was, however, taking no chances in the run-up to the election, unleashing its big guns including embattled secretary-general Ace Magashule, deputy minister in the presidency Thembi Siweya and provincial chairperson and premier Chupu Mathabatha.

Moloto, like most residents who came to cast their votes, said her biggest concern was the high unemployment rate in the area located about 7km from the provincial capital Polokwane.

“Today’s election will hopefully bring us something better. We want a clinic. I am satisfied so far with what we have. But my biggest concern is jobs. People are unemployed,” she said after making the five-minute stroll from her home.

While residents wearing the distinctive red T-shirts of the EFF and the black, yellow and green of the ANC gathered near the three polling stations in ward 14, life in the township carried on as normal.

There were no long lines at the polling stations. However, this was not the case at some government buildings, including the Post Office, where the unemployed formed a long queue hoping to get the R350 Covid-19 allowance announced by President Cyril Ramaphosa during the lockdown.

Schools were open as usual, with learners watching curiously as voters trickled into the polling station on their premises.

Mojalefa Martin Ledwaba, a youth from the area, said he hoped the EFF would take the seat in ward 14. He said he wanted to see changes in how residents were allocated jobs in government projects such as the Expanded Public Works Programme.

“Service delivery is poor. There is nepotism and people are given preferential treatment when it comes to EPWP jobs based on their party affiliation. We want that to stop,” he said.

“We have no park, no clinic. We have challenges with water and electricity and people are still living in shacks.

“We need a bridge which people can use when walking home from work because they are being mugged in the bushes,” said Legodi.

Louisa Malatji, who is unemployed, said she voted in the hope that her ballot would help job creation.

“They have improved the roads. We are seeing progress in our ward. Hopefully, this by-election will bring about more change, especially with regard to jobs,” she said.

Thato Makololo said she hoped the incoming councillor would empower the youth and ensure that all residents benefitted equally from government-generated job opportunities.

“The municipality has tried to improve our area… there is a lot of progress in terms of infrastructure, roads and street lights. But our biggest concern is jobs,” she said.

She said there had been no incidents reported and that voting was progressing smoothly. DM/Mukurukuru Media