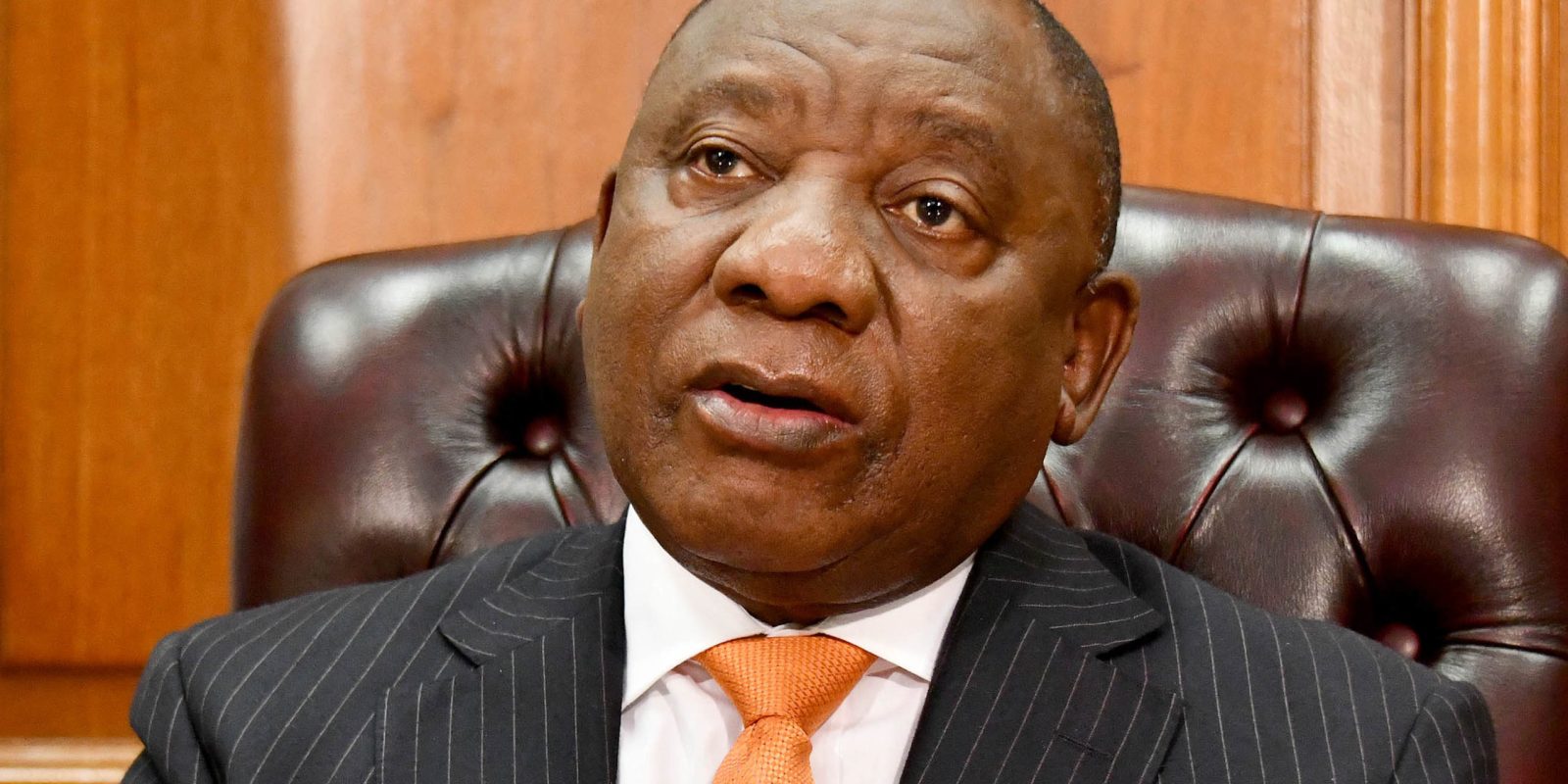 South African President Cyril Ramaphosa addresses the nation on Wednesday 11 November 2020, announcing that the state of disaster has been extended by a month. (Photo: GCIS)

Addressing the nation on Wednesday night, President Cyril Ramaphosa warned that there is evidence of a resurgence of coronavirus infections in certain areas – notably the Eastern Cape. The National State of Disaster is to be extended, but restrictions on alcohol sales will be lifted and borders opened to international travellers.

It’s not over, not by a long shot.

This was the message broadcast by President Cyril Ramaphosa in a Wednesday night address, as he warned the nation that coronavirus infection rates are on the rise in a number of areas. Of particular concern: the Eastern Cape, with “massive spikes” in the Nelson Mandela Bay metro and the Sarah Baartman district.

“For the last month, there has been a sustained upward increase in hospital admissions in the province.”

These increases are likely to be the result of super-spreader events at universities and schools and other large gatherings, in combination with low adherence to Covid-19 safety precautions.

“With many people moving between the Eastern Cape and other provinces – particularly the Western Cape – it is a matter of time before this surge spreads to other parts of the country,” President Ramaphosa said.

He said that a “resurgence plan” developed in collaboration with the World Health Organisation was being implemented. This will see contact tracing intensified, community screening and testing stepped up, and health facilities being readied to respond to a possible second wave.

The president also warned that it was not just in the Eastern Cape that a surge was being witnessed.

“The areas where we are experiencing higher than average rates of new infections include Lejweleputswa and Mangaung in the Free State, Frances Baard and Pixley ka Seme in the Northern Cape, and the Garden Route and Cape Town metro in the Western Cape,” Ramaphosa said.

There had been speculation in advance of the president’s address that he would announce the implementation of more restrictive lockdown regulations once again. But although Ramaphosa stated that the National State of Disaster would be extended by another month, until 15 December, no new restrictions are being enforced.

Indeed, Ramaphosa stressed that the economy needs to return to “full operation” as soon as possible, with South Africa’s busiest tourist season on the horizon.

To this end, normal trading hours will be restored for the sale of alcohol at retail outlets. South African borders are also opening to travellers from “all countries, subject to the necessary health protocols and the presentation of a negative Covid-19 certificate”.

The president said that some economic relief measures would need to continue for a while because not all industries are able to operate at full steam. The Covid-19 special grant will be extended until January 2021, and the UIF Ters benefit scheme – the shutting down of which has been the subject of major controversy – will be extended by one further month to 15 October 2020.

Ramaphosa stated that the government is “focusing relentlessly” on its economic recovery plan. Among the programmes: “The Department of Basic Education has opened recruitment this week for teacher and school assistants, targeting unemployed youth in every province.”

In response to Ramaphosa’s address, the DA released a statement condemning the extension of the National State of Disaster.

“Government cannot keep managing South Africa around a single risk when our nation is so imperilled by far greater risks, such as poverty, hunger and unemployment,” the party said.

“The Covid fatality rate in developing countries is only about a fifth of the rate in developed countries because of our younger populations. It makes no sense to mindlessly copy far richer, older nations’ responses. Unless of course you want an excuse to run a dictatorship.”

The opposition party also suggested that the government should “trust people to slow transmission through masks, social distancing and practical common sense interventions”.

As Ramaphosa pointed out, however, there are clearly high levels of “coronavirus fatigue” in South Africa generally, leading to lower adherence to safety measures by some.

“I have been increasingly getting concerned and alarmed by what I have been seeing on social media and even on television where people are holding big parties, gatherings and social events as though the virus does not exist,” the president said.

He appealed to all South Africans to continue to wear masks, limit indoor gatherings and practise physical distancing.

News this week from Pfizer that a vaccine against the coronavirus might be on the horizon brings new hope, said Ramaphosa. He added that local company Aspen Pharmacare had already entered into a preliminary agreement with Johnson & Johnson to manufacture 300 million doses of a vaccine at its Nelson Mandela Bay plant.

Ramaphosa concluded his address by appealing to South Africans to wear a black armband during five days – 25 to 29 November – which have been designated as a period of national mourning for the victims of Covid-19.

“We call upon all South Africans to demonstrate their solidarity and do this in remembrance of our countrymen and women, in recognition of the grief that we share as a nation, and as an affirmation of our determination to overcome this devastating disease,” Ramaphosa said. DM