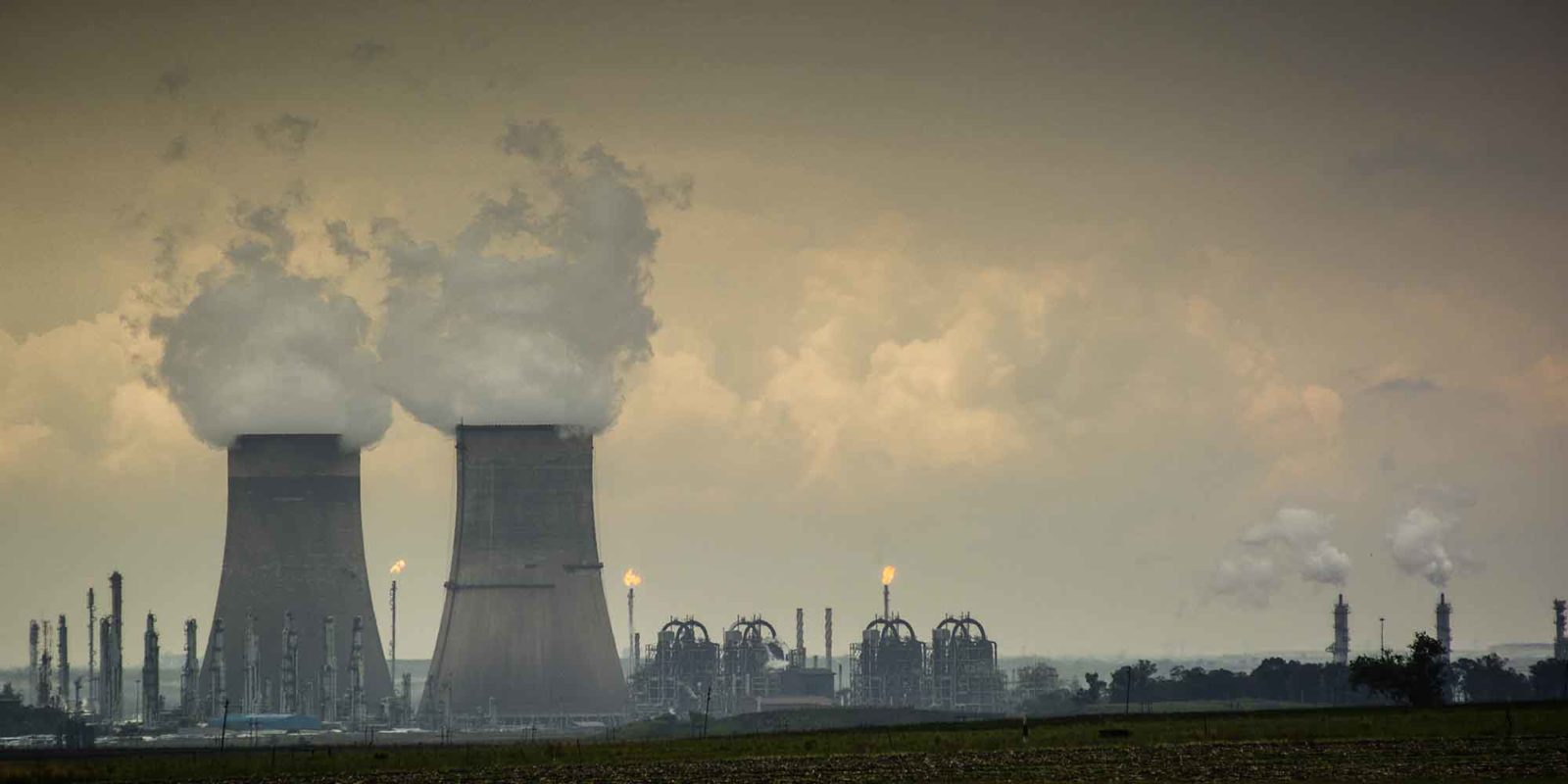 Emissions rise from the cooling towers of the Sasol Secunda coal-to-liquids plant in Mpumalanga. (Photo: Waldo Swiegers/Bloomberg via Getty Images)

Petrochemicals giant is second only to Eskom when it comes to greenhouse gas emissions in South Africa — and the heat is on the company to make changes.

Sasol held a media round table on Wednesday to discuss its blueprint on reducing its carbon footprint, which exceeds that of some developing economies. The company, with its roots in coal-to-fuel technology — part of the apartheid state’s response to sanctions — presents a massive target to climate campaigners, and it is squarely in their sights.

One of the climate criticisms of Sasol, according to NGOs, has been its reluctance to table climate-related shareholder resolutions at its annual general meetings (AGMs). That is becoming untenable in the face of the growing prominence of ESGs (environmental, social and governance issues) among investors — the people and institutions that deploy capital. Given the link between greenhouse gas (GHG) emissions and climate change, with all of its ecological, social and economic consequences, “decarbonisation” has become a major activist theme.

So to that end, Sasol has said that it will submit its climate road map to shareholder scrutiny at its 2021 AGM, which will be held in about a year’s time.

“Sasol will ensure a non-binding advisory vote, which is a well-established mechanism in company law and governance standards, on our climate change strategy… at the 2021 AGM,” it said in a presentation. If 25% of shareholders reject its strategy, a consultation process will be started.

What will that climate strategy look like? At present, the company has a target to reduce its GHG emissions by at least 10% by 2030. By 2021, it plans to have a roadmap in place all the way to 2050, with probable revisions to the 2030 target.

Part of its strategy entails an embrace of renewables and green hydrogen technology. A lot of it also rests on a pivot to gas, which is increasingly seen as vital for providing wider energy needs across Africa. The first phase until 2025 includes improving energy efficiencies and bringing in 600MW of renewables, which the company intends to procure. The second phase will be focused on the transition to gas. Initial cost estimates on this front are around R11-billion — it must be said that Sasol’s track record on costing big projects is less than stellar. A standout in this regard is the massive cost overruns at its Louisiana chemicals project in the US.

The company has made progress and says it has had a 16% reduction in emissions since 2004. But that comes off a very high base. Sasol also needs to reduce its reliance on oil prices, which it has concluded will be “lower for longer”. The company’s share price in the year to date is down around 64%, in large part because of the collapse in oil prices and demand triggered by Covid-19.

“The question will always be, ‘are we moving fast enough?’ Removing carbon from our activities is not as simple as flicking a switch,” CEO Fleetwood Grobler told journalists during the roundtable. It will, he said, take investment and time. The company will be heavily scrutinised every step of the way. DM/BM