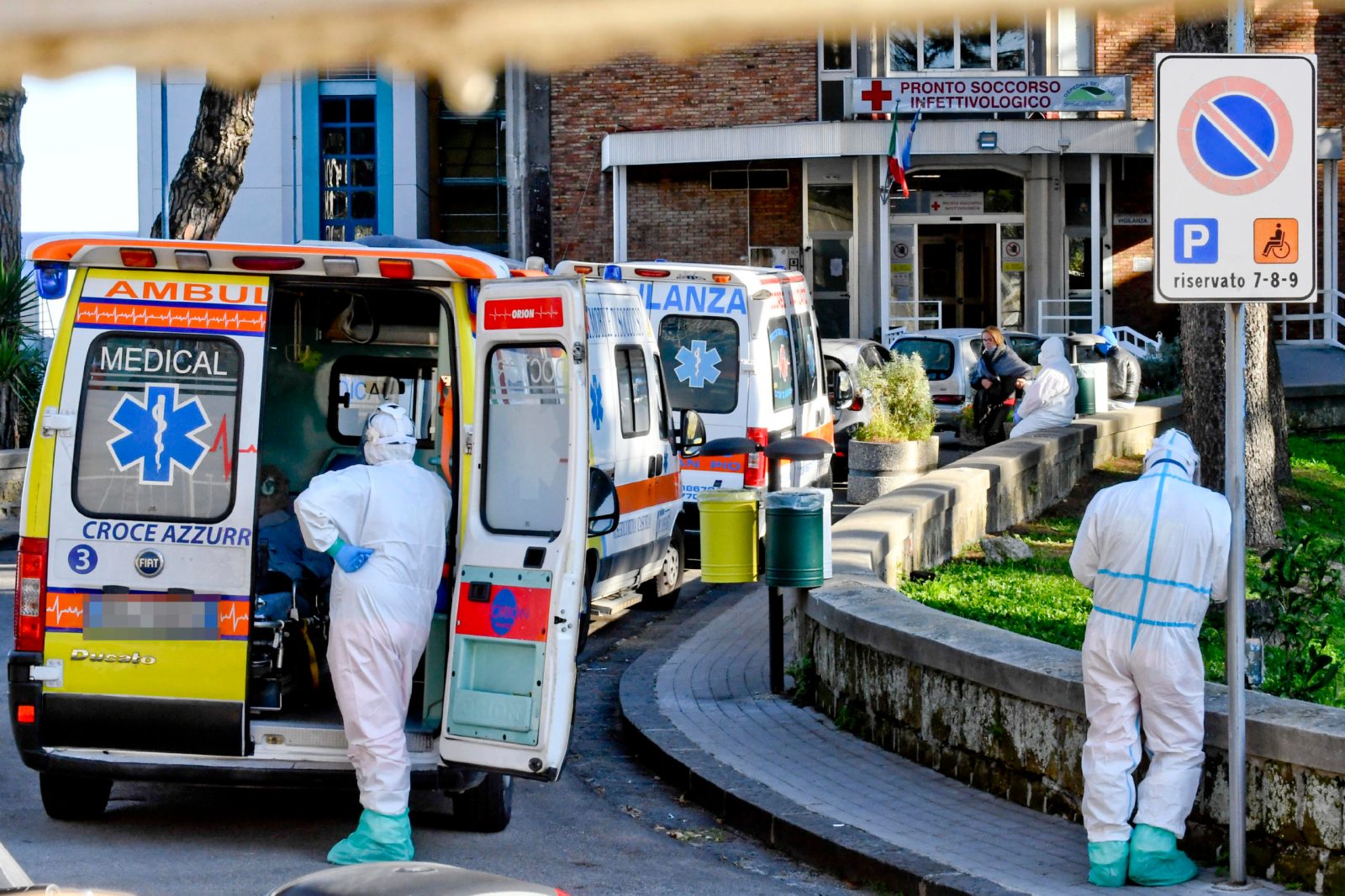 epaselect epa08804228 Ambulances queue up outside at the Cotugno Hospital during the Coronavirus emergency in Naples, Italy, 07 November 2020. EPA-EFE/CIRO FUSCO

Nov 8 (Reuters) - Global coronavirus infections exceeded 50 million on Sunday, according to a Reuters tally, with a second wave of the virus in the past 30 days accounting for a quarter of the total.

October was the worst month for the pandemic so far, with the United States becoming the first country to report more than 100,000 daily cases. A surge in Europe contributed to the rise.

The latest seven-day average shows global daily infections are rising by more than 540,000.

More than 1.25 million people have died from the respiratory disease that emerged in China late last year.

The pandemic’s recent acceleration has been ferocious. It took 32 days for the number of cases to rise from 30 million to 40 million. It took just 21 days to add another 10 million.

Europe, with about 12 million cases, is the worst-affected region, overtaking Latin America. Europe accounts for 24% of COVID-19 deaths.

The region is logging about 1 million new infections every three days or so, according to a Reuters analysis. That is 51% of the global total.

France is recording 54,440 cases a day on the latest seven-day average, a higher rate than India with a far bigger population.

The global second wave is testing healthcare systems across Europe, prompting Germany, France and Britain to order many citizens back to their homes again.

Denmark, which imposed a new lockdown on its population in several northern areas, ordered the culling of its 17 million minks after a mutation of the coronavirus found in the animals spread to humans.

The United States, with about 20% of global cases, is facing its worst surge, recording more than 100,000 daily coronavirus cases on the latest seven-day average, Reuters data showed. It reported a record of more than 130,000 cases on Saturday.

The latest U.S. surge coincided with the last month of election campaigning in which President Donald Trump minimised the severity of the pandemic and his successful challenger, Joe Biden, urged a more science-based approach.

Trump’s rallies, some open-air and with few masks and little social distancing, led to 30,000 additional confirmed cases and likely led to more than 700 deaths, Stanford University economists estimated in a research paper.

In Asia, India has the world’s second-highest caseload but has seen a steady slowdown since September, despite the start of the Hindu festival season. Total cases exceeded 8.5 million cases on Friday and the daily average is 46,200, according to Reuters data.

(Reporting by Anurag Maan, Shaina Ahluwalia and Kavya B in Bengaluru Editing by William Mallard and Edmund Blair)