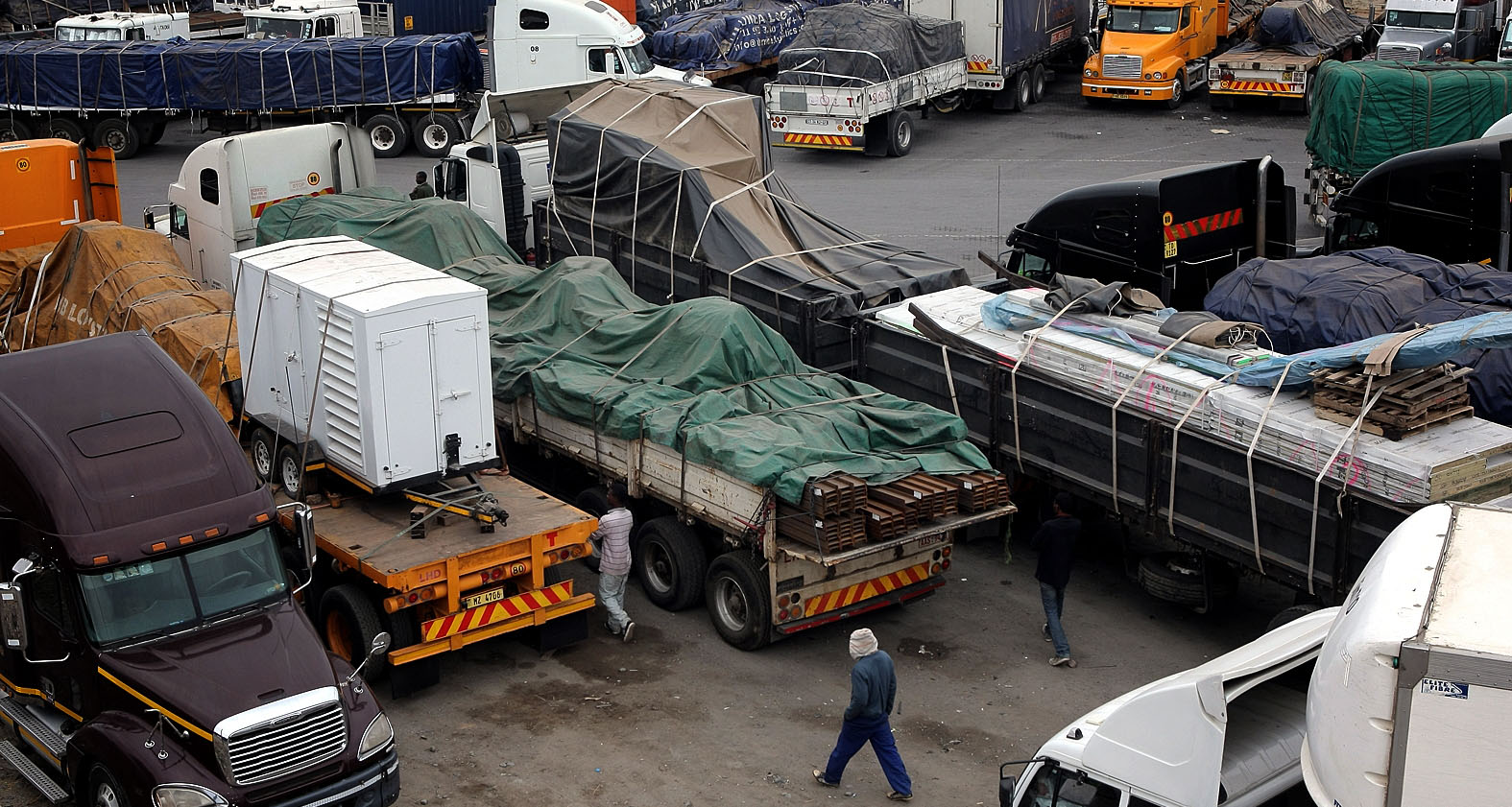 While four-day delays at the Beitbridge border post are creating an unhealthy and unsafe environment for transport companies, the biggest loser ultimately is the regional economy.

It is estimated that local transport companies will lose R620-million this month, as their trucks sit idle at the Beitbridge border crossing into Zimbabwe.

It is taking the average truck 72 hours or three days just to get to the front of the queue, and another day to be processed through South African and Zimbabwean customs, four days in total.

This is according to Mike Fitzmaurice, CEO of the Federation of East and Southern African Road Transport Associations (FESARTA) who used GPS data from Globaltrack to calculate the delays.

Working on an estimated cost of $20/hour, Fitzmaurice estimates this has cost the transport industry R310,569,600 since the congestion began on 15 October, which translates to about R620-million per month.

This figure does not include the inventory cost to industry, loss of production, and damage to goods in transit which could be double the above figure.

Under normal circumstances, there is little queuing time and the clearance process on both sides doesn’t take longer than 12 hours in total.

The Department of Home Affairs, which manages the facility, confirms that “longer than usual” delays are being experienced at the border post.

There are three main factors that are responsible for this, says media liaison officer Siyabulela Qoza:

The lockdown restrictions in Botswana are such that truck owners find it more convenient and profitable to divert their trucks away from Botswana ports of entry to Beitbridge.

The receiving capacity of Zimbabwe authorities is not ready for this increased load, leading to delays for trucks which have been processed on the South African side.

And cross-border truck drivers are not complying with standing arrangements that require them to enter into truck stops to finalise clearances before they proceed to the port.

“For some yet unknown reason, truck drivers have decided to ignore this requirement. They stop their trucks on the road and clear their trucks while parked on the N1. We have had a discussion with the Limpopo traffic authorities to intervene in this matter,” he says.

The trucks are transporting a variety of cargo, including petrol, diesel, acid, fertilisers and other mixed chemicals. One slip by an overtired driver and we have another Kasumbalesa on our hands.

Aside from the increased costs, which directly affect the transport company and indirectly the regional economy, the situation has a humanitarian impact.

“The drivers spend three days in the queue with little or no sleep, because if they sleep they lose their place in the queue; there are no sanitation facilities, no running water and nowhere to prepare food safely,” says Fitzmaurice.

This is far from ideal. “The trucks are transporting a variety of cargo, including petrol, diesel, acid, fertilisers and other mixed chemicals. One slip by an overtired driver and we have another Kasumbalesa on our hands.”

Kasumbalesa is the border post between the Democratic Republic of the Congo and Zambia and in 2014, an accident involving two fuel tankers led to a fireball that consumed about 50 trucks and caused the deaths of at least four people.

Over and above this challenge is a growing corruption scourge that sees clearing agents collaborate with traffic police to advance trucks to the front of the queue at the border gates for a “facilitation” fee of R300.

After dark, the area between Musina town and the border has become a gangster’s paradise with truck drivers being robbed at knifepoint of their cellphones and all available cash.

One exporter who supplies Zimbabwe with maize and wheat for human consumption told the transport association that the “excessive delays are seeing trucks taking six to seven days to cross into Zimbabwe. As a result, we have been put on notice that trucks are being withdrawn and our loss thus far is 100 trucks from the system.”

Put in a different way, that is 13,600 tons of maize and wheat that will not reach Zimbabwe due to the congestion at the border.

The notorious border posts on the North-South Corridor such as Kasumbalesa (Zambia-DRC) and Chirundu (Zimbabwe-Zambia), once renowned for long delays, are now one-stop posts which operate efficiently.

According to Fitzmaurice, the problem is also on the South African side and is compounded by the siloed approach in which the various agencies operate.

“All of the inspections – by Customs, Port Health, the Cross-Border Road Transport Agency and so on – should be conducted at once. This is not happening, which means a truck needs to wait for each one. There is no communication between agencies,” he says.

However, steps are being taken to address the problem, says Qoza.

“A committee that includes all stakeholders was set up on 29 October 2020 to address congestion at Beitbridge. There is another meeting with the Limpopo traffic authorities scheduled for Wednesday, 11 November 2020. This meeting will determine which other measures need to be undertaken to resolve the matter.”

Unblocking these borders can be done.

The notorious border posts on the North-South Corridor such as Kasumbalesa (Zambia-DRC) and Chirundu (Zimbabwe-Zambia), once renowned for long delays, are now one-stop posts which operate efficiently.

“At the beginning of lockdown, we had a 90km queue at Kasumbalesa, which backed up to Kitwe,” Fitzmaurice says. “Following negotiations, the customs officials managed to dismantle the queue within seven days.”

However, these delays could impact South Africa.

As southern African countries progress towards implementing the Africa Free Continental Free Trade Area, exporters and importers are realising that they have alternatives to South African ports.

A Zimbabwean transporter told Southern African Freight News that “their trade route is shifting to Beira, along with Zambia, which now has the Port of Walvis Bay as a second option, and Angola (Port of Lobito) in the wings”.

If South African regional trade concerns are not addressed promptly by public representatives, Beitbridge and its many challenges could be the undoing of South Africa’s logistical presence on the North-South Corridor, transporters said.

South Africa is well aware of this.

“This is a matter we are paying close attention to,” says Qoza. DM/BM