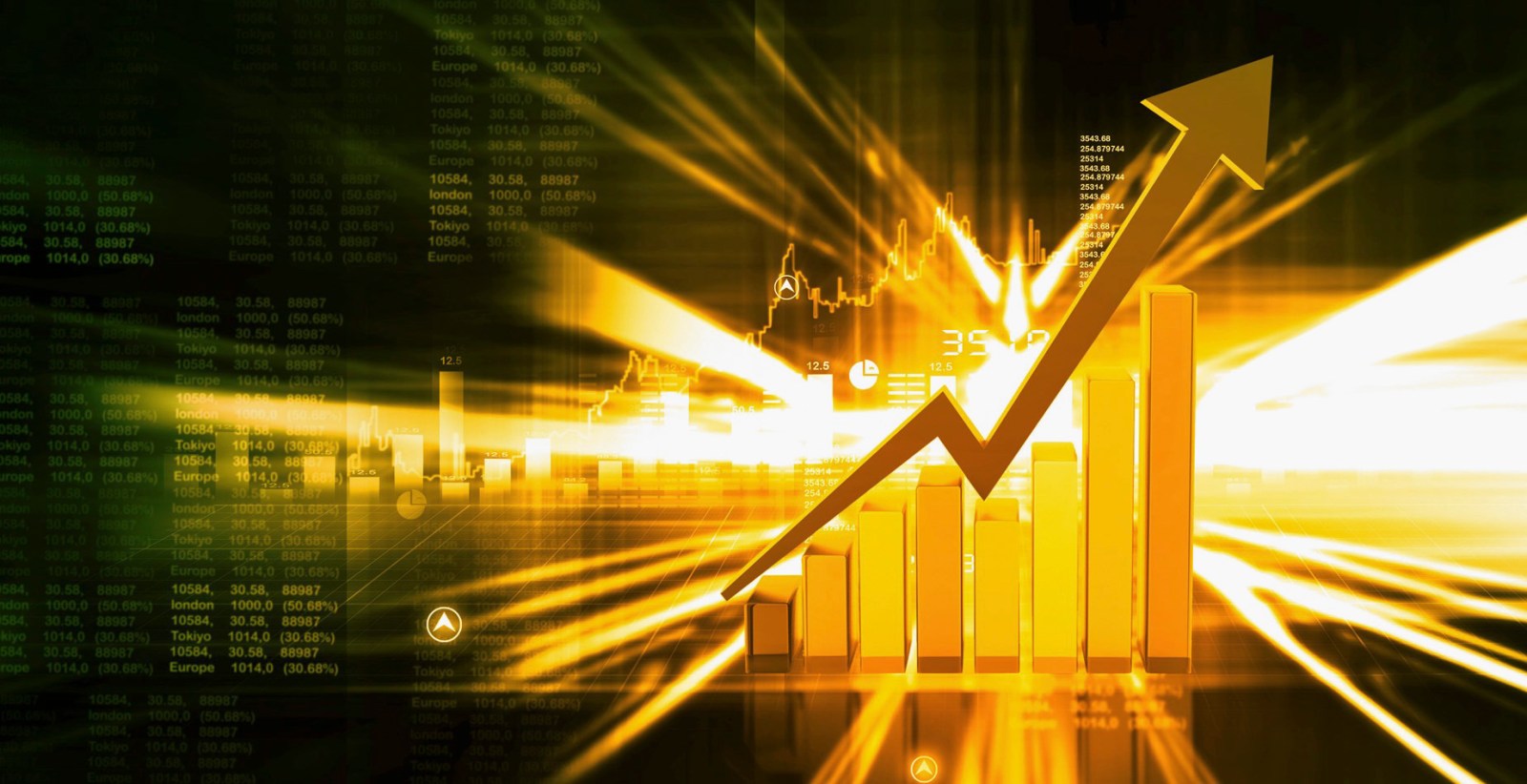 By ruling against the racial pre-disqualification criteria to public procurement tenders, the Supreme Court of Appeal has told the state that it must ensure that as the largest procurer of goods and services it must approach procurement in line with the Constitution and implicitly the 1955 Freedom Charter, to the benefit of all who live in South Africa.

On Monday, 2 November 2020, the Supreme Court of Appeal (SCA) of the Republic of South Africa ruled that it is unconstitutional and unenforceable for government departments and state-owned entities (SOEs) to invoke pre-disqualification criteria to public procurement tenders. Pre-disqualification criteria were introduced in 2017 by the then Minister of Finance, Pravin Gordhan, and seemingly enabled state organs to set their own flexible and haphazard minimum Broad-Based Black Economic Empowerment (B-BBEE) requirements to be met by a potential contractor.

(i)       Contracting with persons, or categories of persons, historically disadvantaged by unfair discrimination on the basis of race, gender or disability;

(ii)     Implementing the programmes of the Reconstruction and Development Programme as published in Government Gazette No. 16085 dated 23 November 1994;

Gordhan’s 2017 Preferential Procurement Regulations (PPR) elicited criticism at the time. Section 4 introduced racially-determined “Pre-qualification criteria for preferential procurement” that state organs could apply at their whim, as long as this was stipulated in the tender documents. The minister was attempting to strengthen the operationalisation of the B-BBEE Act 53 of 2003 and its amendment the Broad-Based Black Economic Empowerment Amendment Act 46 of 2013. However, he was lambasted and the idea of Black Economic Empowerment in state procurement was criticised for state nepotism, fostering entitlement and increasing corruption. AfriBusiness (now Sakeliga) took the minister to court, losing the first judgment at the Gauteng Division of the High Court in Pretoria on the 28 November 2018.

In handing down the judgment in the matter between AfriBusiness NPC vs The Minister of Finance on 2 November 2020, Zondi J noted that certain aspects of Gordhan’s intervention were unconstitutional and invalid. In particular, the judgment noted that: “Any pre-qualification criteria which is sought to be imposed must have as its objective the advancement of the requirements of section 217(1) [dealing with state procurement] of the Constitution. The pre-qualification criteria stipulated in regulation 4 and other regulations [of the PPR] do not meet this requirement.”

Section 217(1) requires that state procurement must be in accordance with a system that is fair, equitable, transparent, competitive and cost-effective.

The SCA’s ruling has suspended the declaration of invalidity for 12 months, enabling the Minister of Finance to address the defects in the PPR. Will the incumbent finance minister, Tito Mboweni, use this as an opportunity to rebuild South Africa from the socioeconomic ashes of the Covid-19 pandemic and hard lockdown, or will it be business as usual as the tide of unemployment, inequality and poverty rise?

While corruption increased during the lockdown, at least another 2.2 million South Africans joined the ranks of the unemployed and thousands of SMEs have had to close down or see little hope for the future, irrespective of race, gender, or disability.

The SCA judgment offers Mboweni the time to restructure the economy and put South Africa on a new pathway of economic growth, development and social cohesion. In the meantime, state organs must waive ideas of pre-requisites.

By ruling against the racial pre-disqualification criteria to public procurement tenders, the SCA has told the state that it must ensure that as the largest single procurer of goods and services it must approach procurement in line with the Constitution and implicitly the 1955 Freedom Charter, to the benefit of all who live in South Africa. This ruling also has implications for the Draft Public Procurement Bill of 2019 which also uses race as a basis for procurement.

As the SCA held, the procurement process must comply with the five principles stipulated in Section 217(1) of the Constitution. In para 40 the rationale for the decision is explained: “[i]n exercising the powers to make the 2017 Regulations, the minister had to comply with the Constitution and the Framework Act, which is the national legislation that was enacted to give effect to Section 217 of the Constitution. The framework providing for the evaluation of tenders provides firstly for the determination of the highest points scorer and thereafter for consideration of objective criteria which may justify the award of a tender to a lower scorer. The framework does not allow for the preliminary disqualification of tenderers, without any consideration of [the substantive merit of] a tender…. The minister cannot through the medium of the impugned regulations create a framework which contradicts the mandated framework of the Framework Act”.

Rather than using B-BBEE as a basis for procurement, the minister could focus on all those who are disadvantaged because of race, gender, disability, and place of origin. The problem with policies such as BEE is that they make the mistake of assuming all people categorised as black are equal and fail to recognise the diversity within “categories” of persons.

This level of essentialism fails to acknowledge the nuanced nature of disadvantage. Section 9 of the Constitution as well as the subsequently promulgated Promotion of Equality and Prevention of Discrimination Act 4 of 2000 (PEPUDA) clearly call for the protection and promotion of the rights of all vulnerable and marginalised persons within South Africa. In accordance with Section 2(c) of PEPUDA, there is a need for women and persons with disabilities (PWD) also to be brought into the equation, so that all forms of designated disadvantage are effectively addressed in a more structured and strategic manner, so that we are not merely paying lip service to socioeconomic empowerment.

What we require is a procurement policy ensuring “economic empowerment for all the disadvantaged”. This should be a model of inclusive empowerment that focuses on the disadvantaged irrespective of race and looks at various interventions to address poverty, unemployment and inequality and thereby promoting growth and development.

Further attention and investigation will be required into such a procurement model in the coming months if South Africa is to embark on a positive democratic trajectory.

This does not mean we must throw out the baby with the bathwater. One cannot blame the 2003 B-BBEE Act or its 2013 amendment for corruption, nepotism and lack of delivery of services and goods. It is people who are responsible for how laws and policies are manifested and implemented. Ministers and officials must be held accountable for their actions, judgments must be speedy and must be seen to be promptly executed.

That said, what it means is that any proposed procurement strategy or policy in South Africa must fall within the ambit of the supreme Constitution and must include those who are disadvantaged because of historical and contemporary circumstances. Instead of moving from one extreme to the other (neither has worked) we need to find the middle ground that ensures equitable and sustainable improvements in economic growth, employment, the reduction of inequalities and that actively promotes, rather than undermines, social cohesion.

All people must feel that they are an integral part of South Africa’s growth and development – and this means that the awarding of tenders must ultimately be based on the ability and capability to deliver the desired goods and services at a reasonable price as opposed to an inflated one.

Ironically, if we do not proceed with caution, only the advantaged and possibly the well-connected will thrive, while merit and equitable redress may fall by the wayside. DM/MC