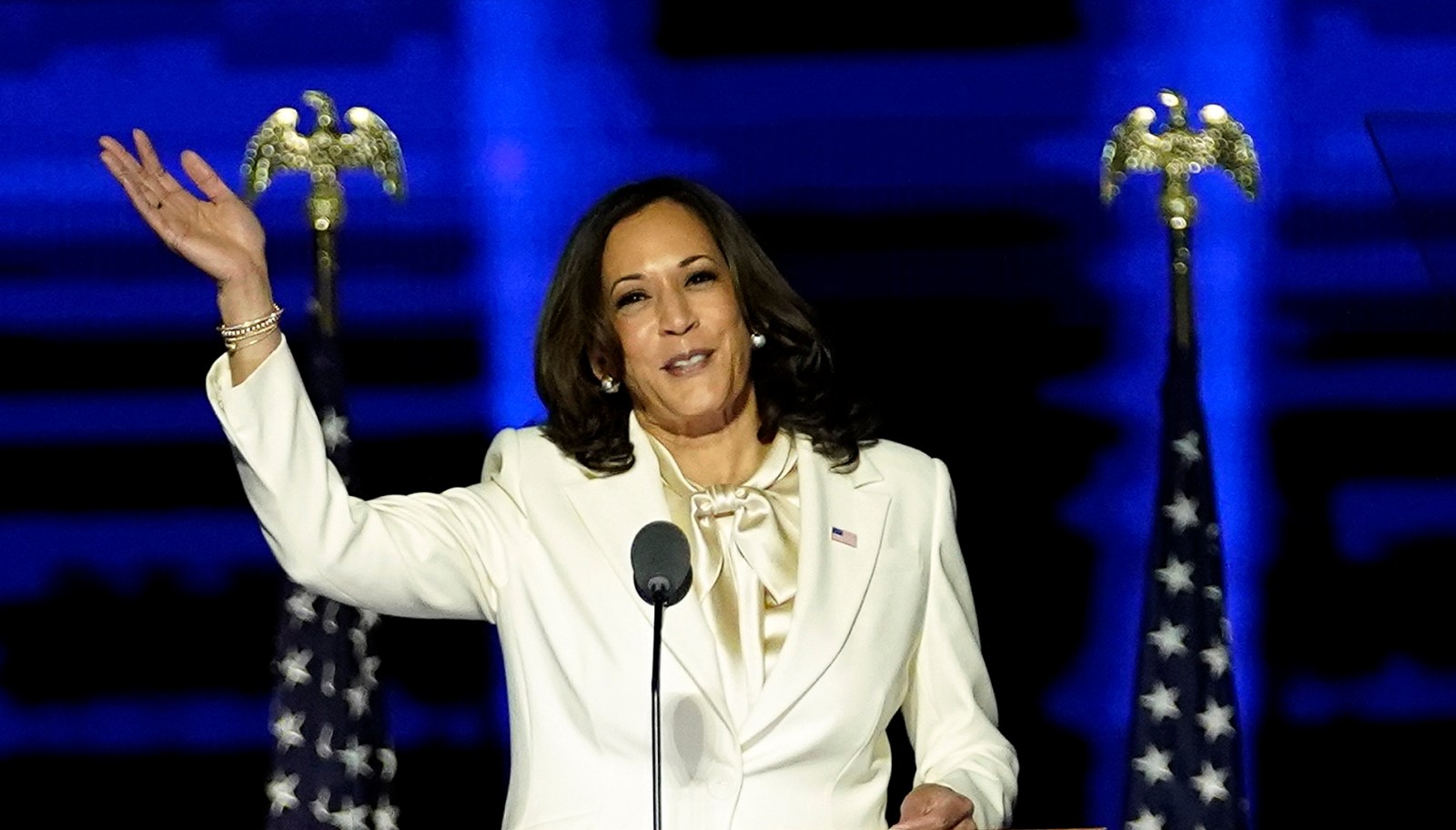 Around the country, on Saturday 7 November Americans celebrated in the streets at the announcement of Joe Biden as president-elect. New York City was all kinds of delighted.

This reporter was walking down East Houston Avenue, New York City (NYC), towards landmark diner Katz’s Delicatessen, contemplating one of its famous pastrami sandwiches around 11:27am Saturday 7 November when suddenly multiple cars started honking.  At first thought, the honking brought to mind a multiple inner city fender bender, but smiling faces leaning out of cars, waving and shouting “Biden!” could mean only one thing – Joe Biden had just been announced as President-elect of the United States.

Later, at 8:28pm that evening Vice-President-elect Kamala Harris, in an elegant cream/ivory trouser suit, would walk onto the stage at the Chase Center in Delaware and tell a hopeful and relieved nation – relieved that the drawn out election was finally over – that:

“Congressman John Lewis before his passing wrote; democracy is not a state, it is an act… America’s democracy is not guaranteed, it is only as strong as our willingness to fight for it.” Harris also honoured her mother: “And to the woman most responsible for my presence here today, my mother, Shyamala Gopalan Harris …” Harris paid tribute to black, latina and native American women and their struggles in America.

Harris said of President-elect Joe Biden: “You chose Joe Biden as the next president of the United States of America, and Joe is a healer, a uniter, a tested and steady hand.”

President-elect Joe Biden was as steady as Harris described, when he opened his victory speech with:

“Folks, the people of this nation have spoken. They’ve delivered us a clear victory, a convincing victory. A victory for ‘we the people’ – we’ve won with the most votes ever cast in a presidential ticket in the history of the nation, 74 million.”

But it would be late on Saturday, after the sun had gone down, that Joe Biden and Kamala Harris, as the new White House residents-in-waiting, would address the nation.

Hours before Biden and Harris’ public appearance, Americans were joyously celebrating what the Vice-President-elect would later call a ‘new day for America’.

At 11:25am Americans let out a five-day pent up breath and in a bright and summery New York City, many took to the streets to show their joy at the outcome.  T-shirts, posters, balloons,  Biden-masks and musical instruments poured out onto the streets.

Solo musicians played instruments in the streets, band members met up and jammed, DJ’s who had set up for demonstrations turned the volume up as many planned demonstrations went from protest to party as the news swept through the city. Various civic groups like Black Lives Matter and Workers Movement Unite, stood together to show support for each other and their shared goals.

People waved and honked out of moving cars, pedestrians waved back and gave them a ‘thumbs-up’. Strangers on the street shouted “Biden!”, at each other, bumped elbows and kept going and repeating this action with the next person they saw.

The state of New York is Biden-blue and proud of it, some residents showing that the changing of the guard could not come soon enough.

It was clear that people waved at each other when what they really wanted to do was hug.  Masks were everywhere, but it was clear from people’s eyes that there were only smiles underneath. Social distancing, in the moment, was not commonly observed, though most people did their best not to touch or stand too close to others.

#ColumbusCircle #NewYorkCity this afternoon, people flocked together (close to a Trump-owned building) to celebrate the outcome of #Election2020 President-elect @JoeBiden and his Vice President @KamalaHarris 🙌🏾 pic.twitter.com/06AGqXxFkO

In Manhattan, Columbus Circle was one point of convergence for New Yorkers to come together and celebrate their new president-elect and the historic moment that Biden’s running mate, Kamala Harris, became the first woman and woman of colour to be Vice President of America.

Pride flags and t-shirts were everywhere…

This writer overheard two men talking while taking down boards over a shop window in NYC. First (white) male: “How do you feel, your guy lost, no?” Second male: “Trump? I’m a gay man living in New York City, why in the hell would I vote for Trump!” DM