The worst that could happen: How ready are we to face d...

The worst that could happen: How ready are we to face disaster? 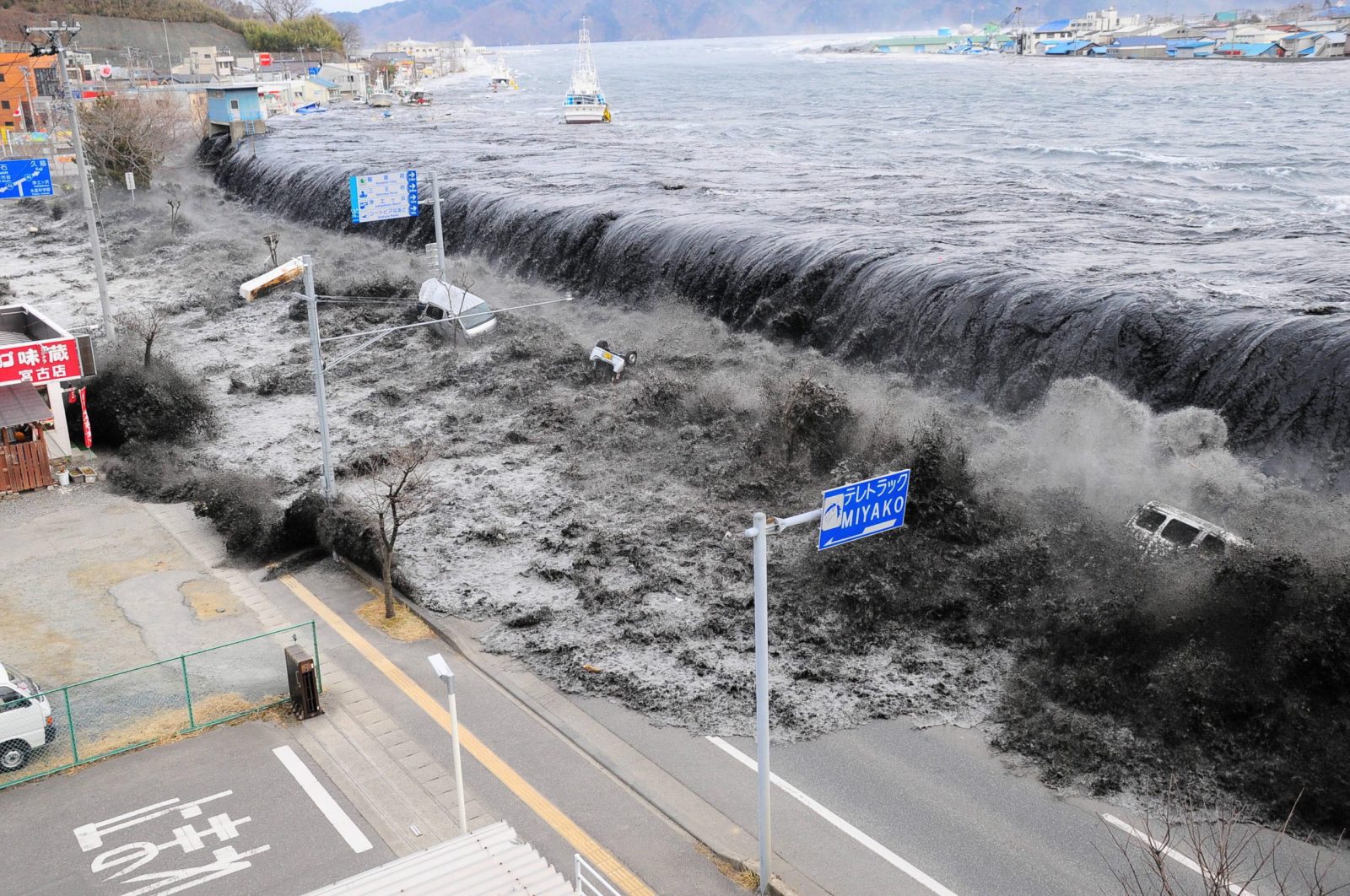 Waves overwhelm a levee, swallowing a seaside village, after the 9.0-magnitude earthquake and subsequent tsunami that devastated northeastern Japan and triggered a nuclear disaster at the Fukushima Daiichi Nuclear Power Plant, near the mouth of the Hei River, in Miyako city, Iwate prefecture, Japan, 11 March 2011. (Photo: EPA-EFE/AFLO / MAINICHI NEWSPAPER JAPAN OUT)

Professor Andrzej Kijko, the Western Cape disaster management centre and many other experts believe that even in the event of a significant earthquake, Koeberg would be safe.

On 26 September 2020, an earthquake of 6.2 magnitude occurred in the Indian Ocean, almost 2,000km south east of Cape Town. A 6.2 earthquake is classified as “strong”; in a dense urban area it can cause a lot of damage. Even at thousands of kilometres off South Africa’s coast, tremors were felt in parts of the Western Cape.

If there was ever a year when it felt possible that we would be wiped out by a natural disaster, 2020 would be it. When it comes to earthquakes, there’s both good news and bad for South Africans.

The director of the Natural Hazard Centre at the University of Pretoria, Professor Andrzej Kijko, says that earthquakes should not be very high up the list of South African worries, because Africa is “one of the quietest continents, seismologically speaking”.

There are two types of seismic activity in South Africa, Kijko says. The vast majority takes the form of “induced seismicity” caused by deep mining activities, and is mainly experienced around the mining towns of the North West and Northern Cape. Rarer but potentially more destructive are tectonic – or “natural” – earthquakes, to which history has shown the Western Cape to be most susceptible. Kijko points out that the two most famous earthquakes in South Africa’s history both happened in the vicinity of Cape Town.

An earthquake believed to have measured around 6.3 struck the Milnerton Fault in Cape Town’s northern suburbs in 1809. The Western Cape village of Tulbagh was almost destroyed 160 years later by an earthquake of the same magnitude.

Kijko says it is impossible to predict with any certainty when an earthquake will hit – but it is entirely possible to say where they will occur.

“If we have an earthquake in the past, we know that it will happen in the future,” the seismologist says.

“If there was a strong earthquake, it will happen again in the vicinity of the area where it already took place.”

That brings us to the bad news – or at least the risky news – for Capetonians. The Milnerton Fault starts around 8km from the Koeberg nuclear power station.

Professor Kijko, the Western Cape disaster management centre and many other experts believe that even in the event of a significant earthquake, Koeberg would be safe. Because it was built in the years after the Tulbagh quake, the nuclear power station was specifically designed to withstand seismic shocks.

But for activists like Peter Becker from the Koeberg Alert Alliance, to speak of a nuclear power plant that is located within 30km of central Cape Town as “safe” is a fundamentally misleading idea. Becker says that in order for Koeberg to be considered safe, there’s a whole constellation of other factors that also have to fall into place.

“Let’s think about having a big earthquake in Cape Town at a time when the economy is healthy; we’re not in the midst of a pandemic; government’s disaster management services are well funded, they’re competent; the national health system has adequate capacity; the weather is fine and mild on the day; the sea level hasn’t risen; Eskom has paid meticulous attention to maintaining its power stations, and all the Koeberg nuclear safety protocols have been strictly followed,” says Becker.

“When a disaster happens in that environment, we have a certain plan to deal with it. But that’s really quite an idyllic picture, and the reality may be very different.”

For Becker, the nuclear disaster at Fukushima in Japan in 2011 – the result of an earthquake that precipitated a tsunami – provides a chilling precedent.

“It’s interesting to note that Fukushima is actually the name of a province in Japan, but yet to you and I Fukushima means nuclear disaster,” says Becker.

“So if something happened at Koeberg, it might be known as the Western Cape nuclear disaster. If you saw a package deal for a nice holiday in Fukushima now, would you want to go there?”

The emergency plans for Cape Town in the event of a nuclear disaster are shrouded in secrecy. Western Cape disaster management chief Colin Deiner told me that there were agreements in place with municipalities bordering Cape Town to allow residents to be evacuated to these areas. Deiner said that absolutely key to managing the disaster would be a “controlled evacuation”: in other words, people cannot be allowed to jump in their cars and block the highways.

Deiner points out that, in the event of a major disaster, South Africa would immediately be able to summon international help at no cost through the United Nations.

“Within 24 hours, we could probably have about six or seven rescue teams right here assisting us,” Deiner says.

Over a career spanning more than three decades, Deiner has led search and rescue missions to respond to disasters all over the world. If Cape Town were hit by a major earthquake or tsunami, he would lead a team of highly trained technicians here too.

But what he saw in Fukushima in 2011 has never left him, and he warns that there is no real way to prepare for disaster on that scale.

“We need to just realise that a major earthquake or a major tsunami is going to be absolutely devastating,” Deiner says. “It’s not an easy thing to respond to.” DM168