SIZZLING IN THE DARK

Ghost kitchens in the clouds 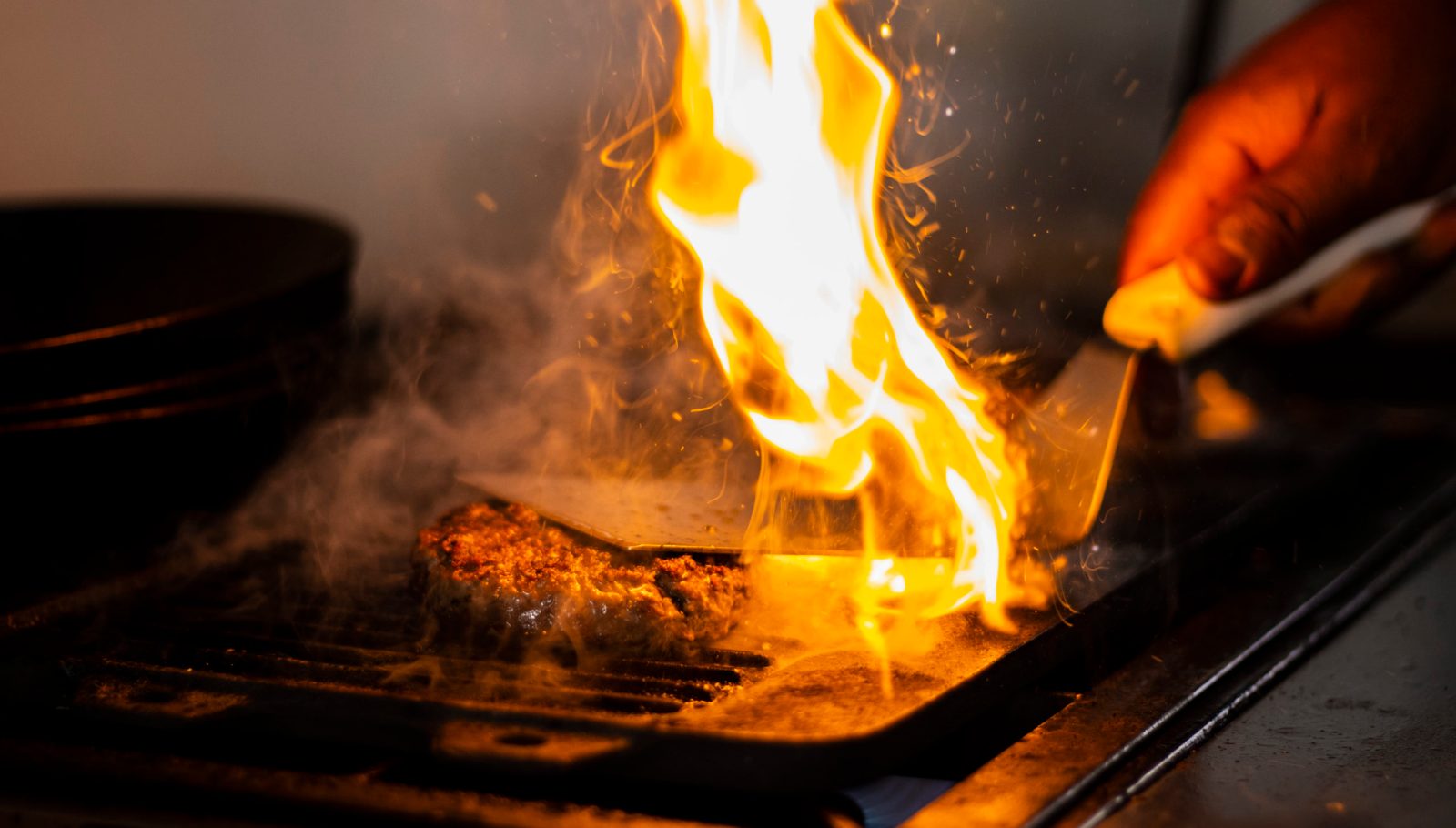 More goulash than ghoulish, ghost kitchens, which act as hubs for numerous brands, could see the end of the dine-in restaurant as we know it.

It had to come.

It is 6 pm on the edge of a slit-throat area of town. Six motorcycles haemorrhaging sound sit on the pavement. The building is, perhaps deliberately, nondescript, no name, no logo. Inside it is a cavernous 400 square meter warehouse lit like an operating theatre.

There are rows of stainless steel cookers, burners, pizza ovens, deep fryers, griddles, freezers and fridges. A blitzkrieg of flames sizzles in the air. A bell rings with shocking clarity as the computers fire up new orders.

Welcome to Darth Kitchens, a bitch of a place, filled with so much dark energy that even the CEO, Jaryn Goelst, looks a bit struck.

Darth Kitchens is a ghost kitchen, sometimes called a virtual kitchen where different brands share cooking space in kitchens that serve as hubs for online deliveries. In Cape Town, they work with delivery platforms like Mr D or Uber.

These spaces are commercial buildings that have done time. “This was an auto part shop,” says Goelst. Many commercial spaces – film studios, laundries, parking garages – are feeling the cold breeze of recession and have been forced to cut rents.

These ghost kitchens have begun gaining traction in South Africa but, unlike other ghost kitchens, where different food companies work from the same kitchen, many of these startups have launched their own brands. The original idea of ghost kitchens was to partner with traditional brick and mortar restaurants and take care of their carry-outs.

Goelst, an ebullient millennial is a wingnut when it comes to ghost kitchens or last-mile convenience businesses as they are known in the trade. It might not have much to do with food but it hits his imagination.

“I am a storyteller,” he says, crossing his vogueish trail-running Nikes.

What he loves about this multi-brand delivery concept is that he can sit in his office, think up a funky name, usually channelling the internet, with an irritating use of lower and uppercase letters. In a matter of days, a whole new restaurant will be up and running. He has done it eight times before. Covid-19 with its ban on cooked meals cut fissures into ghost enterprises and only six brands remain including the popular Buddy’s Burgers.

The ghost restaurant owner is unlikely to be a foodie. He might not be able to boil an egg but will have done time in sales and marketing and instead of being turned on by artichokes; his tools are entrepreneurship and customer behaviour.

These are words Jasper Meyer, the CEO of SmartKitchenco, reiterates. SmartKitchenco bills itself as the largest dark kitchen food business in SA and runs 15 online-only restaurants from three kitchens including on-point brands such as Jazzy’s Pizza and Jiro Poké.

If I hadn’t read that SmartKitchenco had got a whacking splodge of wonga from a Silicon Valley billionaire capitalist, it would be easy to imagine it as lost in the ether: emails and calls go unanswered.

However, Mohit Sureka with first-mover acumen answers promptly. He trades under the name Cloud Kitchens, a last-mile convenience company and has a share in Food Delivery ZA. An alumnus of Mumbai University, he was the flame behind the shoot your eyes International Tequila Festival and has entrepreneurial fingerprints scribbled all over him.

His casual manner disguises the kind of thrust that has got him two dark kitchens (Claremont and Milnerton and one on the way in Durbanville) and 12 brands including The Great Gatsby Company, all in three months, with customers kiting monthly by 30%.

Small beer compared to Dark Kitchen, an India based company that has 3,000 restaurants in five countries and growing but it is a start and he sees potential in the Western Cape market although a chunk is still dark. “We don’t deliver to townships, too much crime.”

“I have a love affair with startups,” is his heartfelt phrase.

“We are the reverse of other cloud kitchens, operating from relatively smaller kitchens with very simple menus but with a huge focus on price point delivery. Behind an app, unlike a traditional restaurant, a consumer is always looking for the next best deal. If you can give good value in your segment – you are in business.

“The concept of the virtual kitchen is relatively new in SA,” he explains “and the brands are still cracking the code of what works and what doesn’t work in a country with little disposable income and a flaky economy.”

These pivot startups provide food for an on-demand economy. But the idea is only half formed. The original concept was to partner with traditional brick and mortar restaurants to massively cut overheads. So far the trad restaurants have shown little interest and the idea needs to be pinned for later.

“We tried tying up with traditional restaurants and players but faced a dead wall in terms of mutual understanding so we started taking over the premises of small restaurants which had recently closed down,” says Sureka.

It has been a crushing time for startups in the cooked food industry and some might hit the wall even before this piece is on line. Sitting in a dark kitchen it really did become dark when the electricity fizzed out and a hundred bucks had to be ponied up to finish cooking a hamburger. Now as Cape Town experiments with reopening certain businesses, the city is again cautiously finding its footing with these kitchens in the clouds.

There is no doubt these multi-branded kitchens will be part of the future but the food scold in me, worries that we might be witnessing the end of the curated experience that gave traditional restaurants an almost emotional seduction. How do you make up for candles, ice and fire and a hovering waiter?

“I am very aware of this,” said Goelst, “which is why we have put so much into product styling.” Certainly, their shiny black fold-out boxes with monogrammed paper and industrial-strength colour-coordinated bags with contemporary typeface and ribboned fastenings, go some way to capturing real restaurant allure.

Nobody ever again wants to see a dead-on-arrival hamburger sitting in a nest of styrofoam like a bag of poultry feed. DM/TGIFood