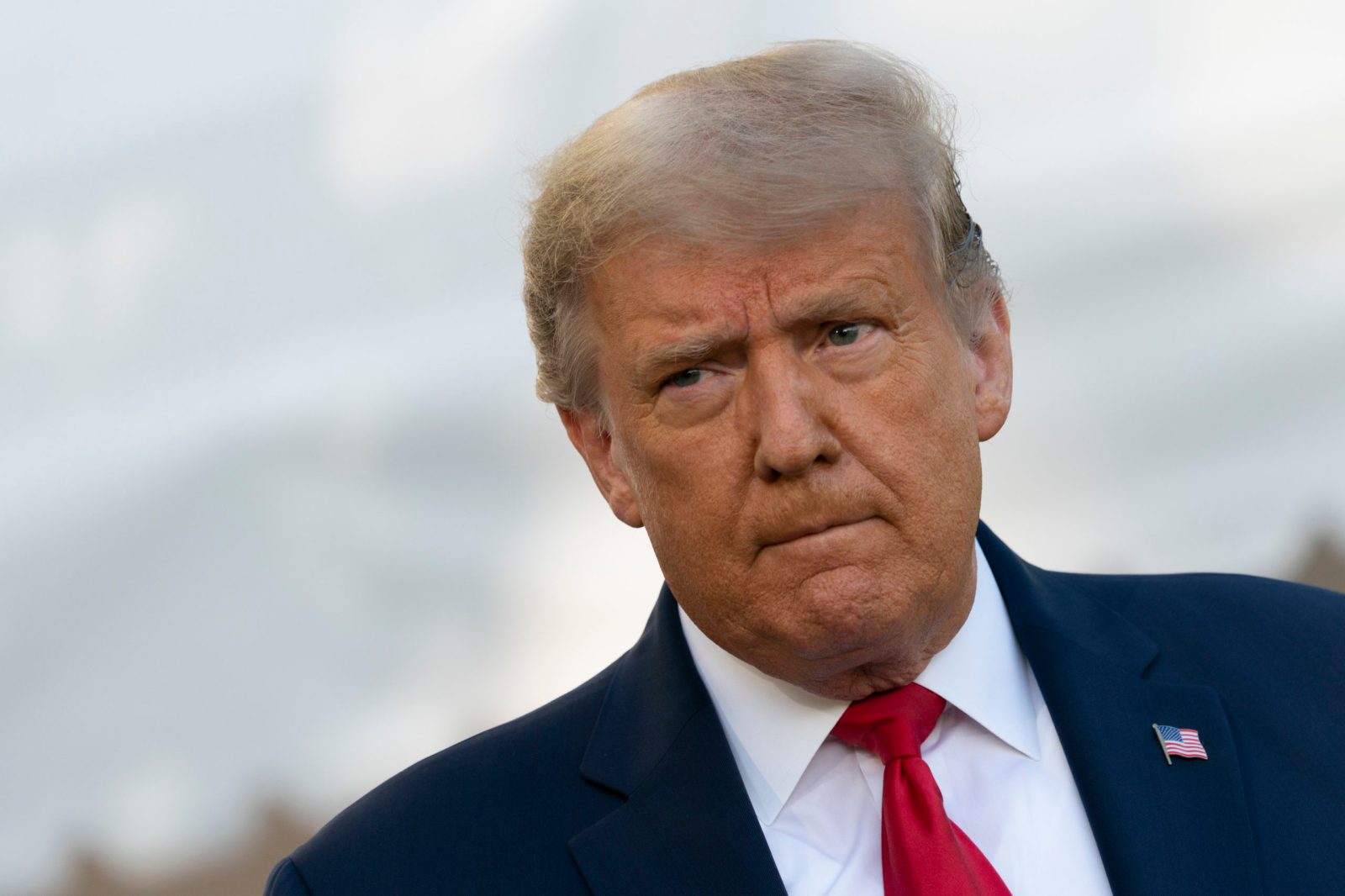 President Donald Trump and his campaign have filed lawsuits in four states where ballots are still being counted and outcomes will determine the winner of the US election.

In some cases, Trump and his allies are alleging fraud, although there is no evidence of it, and have filed lawsuits to stop the counting in Nevada, Pennsylvania and Georgia. Trump is demanding a recount in Wisconsin where Biden has been projected as the winner by The Associated Press news agency.

Trump is “alive and well” in the Electoral College his campaign manager told reporters in a conference call Thursday in which Trump officials sought to attack the integrity of the election in key states where Trump is losing.

“We are going to keep fighting for this election because that is what the American people deserve,” said Bill Stepien, Trump’s campaign manager.

On Thursday, the Trump campaign filed suit in federal court in Philadelphia seeking to stop the Board of Elections from counting mailed ballots until Republican observers are present.

Trump had sued in state court on Wednesday to temporarily halt the count alleging its monitors had been kept too far away and could not meaningfully observe the process.

A state court granted the Trump campaign’s request to have monitors stand six feet away from counting machines. The case temporarily delayed counting in Philadelphia but was unlikely to have an effect on the outcome. State law does not allow partisan observers to challenge individual ballots.

The Trump campaign and the national Republican Party are also challenging a decision by Pennsylvania’s secretary of state that allows mail-in voters to provide proof of ID after a November 9 deadline if it was originally missing. The state had extended it to November 12, according to reports.

Lehigh County workers count ballots as vote counting in the general election continues, Thursday, November 5, 2020, in Allentown, Pennsylvania, US [Mary Altaffer/AP Photo] Trump has also asked to join a US Supreme Court case challenging Pennsylvania state official’s decision to allow mail-in ballots, post-marked by Election Day but delivered late by the postal service, to be collected and counted up to three days later.

Those late-arriving ballots presently are being received and set aside under police supervision pending an outcome in the case. The Supreme Court ordered state officials to file by Thursday evening a response to the Trump request to join the suit.

A federal judge in Washington, DC, ordered the US Postal service to conduct emergency sweeps of its facilities in Pennsylvania for any leftover ballots. The Postal Service had failed meet an Election Day deadline imposed by US District Judge Emmett Sullivan. Georgia

The state Republican Party and the Trump campaign filed a lawsuit in Chatham County, Georgia, asking a judge to ensure the state laws are being followed in the handling of absentee ballots in Savannah, a Democratic city.

The judge rejected the lawsuit without explanation. Trump campaign officials said they were considering peppering a dozen other counties around the state with similar claims about absentee ballots, the AP reported.

Georgia where Trump was leading by less than 13 thousand votes, or less than 0.3 percent of the total vote, may also be subject to a recount demand.

State law provides that candidates can request a recount if the results are within 0.5 percent. The petitioner would not be responsible for costs, according to Ballotpedia.org. Arizona, Nevada

In Nevada, a Trump campaign officials told reporters in Las Vegas, a lawsuit would be filed in federal court to temporarily stop the counting of votes, the AP reported. With 89 percent of the vote counted, Biden leads by just 11 thousand votes, or less than 1 percent.

Former Nevada Attorney General Adam Laxalt said the Trump campaign would be challenging Nevada’s count in a lawsuit to be filed in federal court in Las Vegas, Nevada, on November 5 [Yasmina Chavez/Las Vegas Sun via Reuters] In Maricopa County, Arizona, some voters brought a lawsuit against county officials alleging “Sharpie” brand pens given to them to mark their ballots bled through the paper and made them unreadable in the counting machines.

In what has become dubbed “Sharpiegate” in the national media, the state’s Republican attorney general said he had opened an investigation. The Democratic secretary of state said all ballots would be counted regardless of what kind of pen was used.

Maricopa County’s Elections Department put out a video explaining that they deliberately used Sharpies “so the ink doesn’t smudge” and that it “won’t impact” votes. Wisconsin

The Trump campaign said it will seek a recount in Wisconsin after Biden was declared the winner.

State law allows candidates to request a recount in races where the margin of victory is less than 1 percent. Biden won Wisconsin by 20,500 votes or about 0.6 percent.

Because Biden’s margin of victory is higher than 0.25 percent, Trump would have to pay for the recount. He has one business day to make the request after the counting is complete and the state would have 13 days to complete the count.

A recount in 2016 cost third-party candidate Jill Stein $3.5 million and netted only a 131-vote gain for Trump who won the state that year. Michigan

The Trump campaign lost a lawsuit filed Wednesday seeking to halt vote counting in Michigan and allow Republican officials more access to the handling of absentee ballots. A state judge dismissed the case.

The Michigan secretary of state had already told local election officials to allow access to poll challengers. The state Attorney General’s Office argued that the Trump request was moot because Michigan’s tabulation was almost complete, the Detroit News reported.

Biden’s margin of victory in Michigan is narrow enough that Trump could request a recount by alleging fraud and, by state law, he would not have to present evidence, although he would have to make specific claims about “the nature and character of the fraud or mistakes”. Online claims

Whether or not Trump’s legal claims have merit, his allegations that Democrats are stealing the election from him by counting mail ballots were gaining traction online.