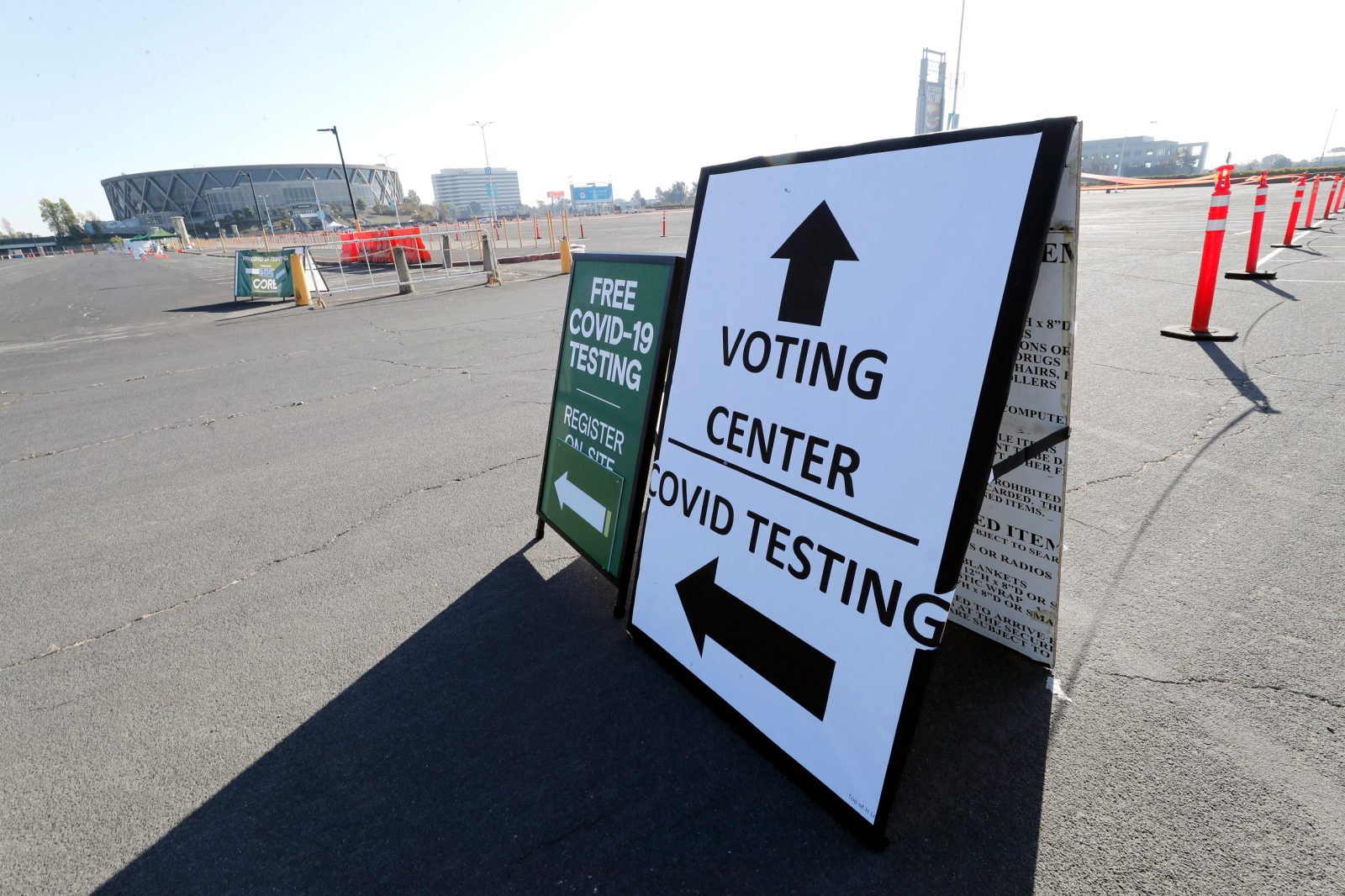 epa08790124 Signs directing where to go for voting as well as free COVID-19 testing in the parking lot of the Oakland-Alameda County Coliseum and Arena in Oakland, California, USA, 31 October 2020. Alameda County will provide free COVID-19 test without the need of a doctor's note, immigration status or insurance, flu shots, in-person voting, and ballot drop-off. EPA-EFE/JOHN G. MABANGLO

Nov 4 (Reuters) - The United States set a one-day record for new coronavirus cases on Wednesday with at least 102,591 new infections and as hospitals in several states reported a rising tide of patients, according to a Reuters tally.

The pandemic has affected nearly every aspect of American life, including a record number of voters mailing in their ballots in Tuesday’s presidential election, whose outcome has yet to be decided.

In addition to rising cases, on Tuesday hospitalizations topped 50,000 for the first time in three months. North Dakota reported only six free intensive care unit beds in the entire state on Wednesday, when it was one of 14 states that reported record levels of hospitalized COVID-19 patients.

Hospitalization are a key metric because they are not impacted by the amount of testing done.

The proportion of tests coming back positive is greater than 50% in South Dakota and over 40% in Iowa and Wyoming. The World Health Organization says rates of more than 5% are concerning because they indicate undetected community transmission. (Graphic: https://tmsnrt.rs/2WTOZDR)

Coronavirus deaths are trending higher but not at the same rate as cases. The United States is averaging 850 deaths a day, up from 700 a month ago.

The outbreak is hitting the Midwest the hardest, based on new cases per capita in recent weeks.

Illinois has reported 48,579 cases in the last seven days, more than any other state. Texas, which has twice as many residents, reported 47,932 cases and both California and Florida reported about 30,000 new cases each.