Much vision, few details: R10.5bn needed to ready SAA for suitor in a ‘Telkom look-alike restructure’ 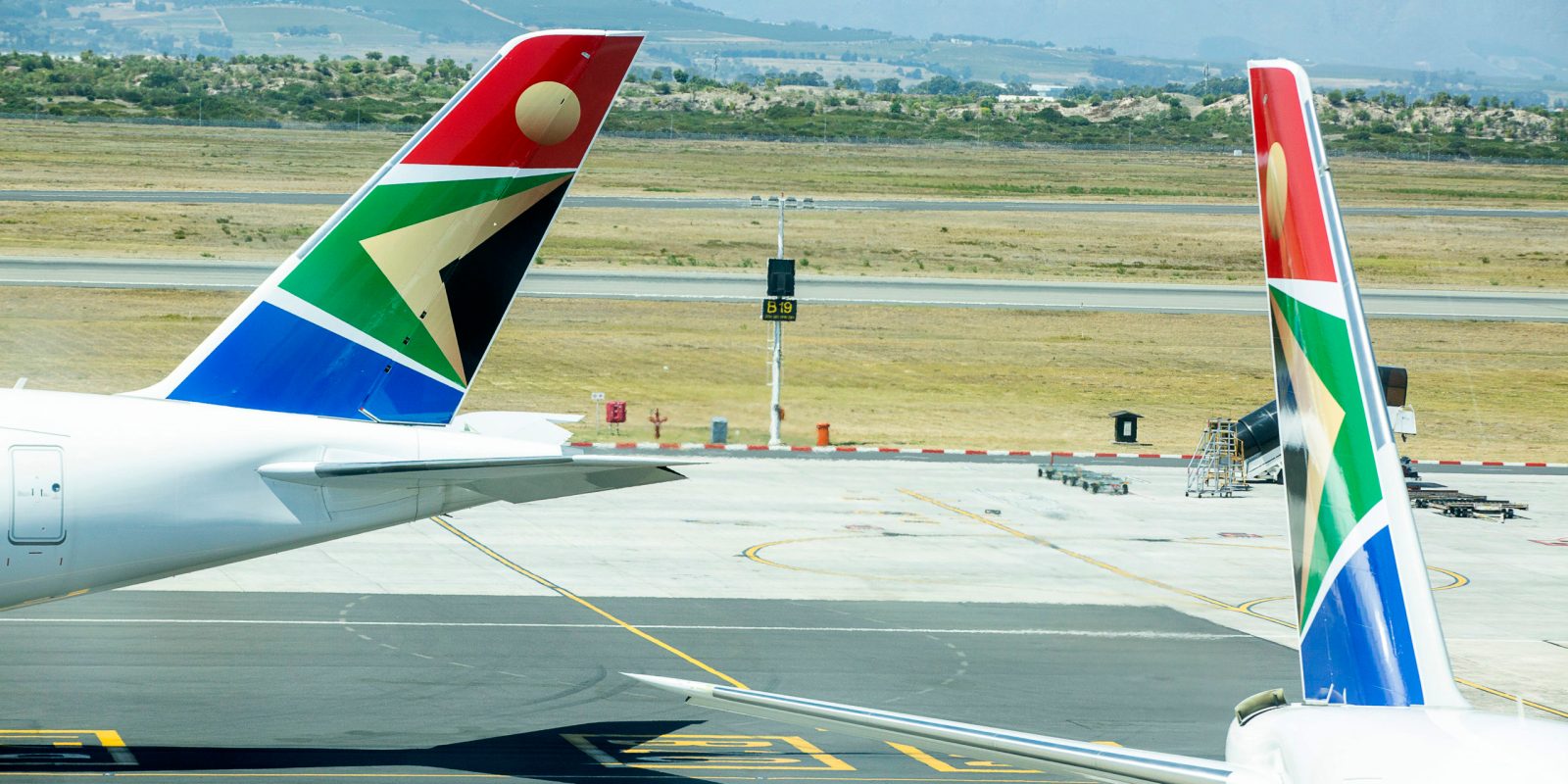 Restructuring SAA into a new airline would unfold early in 2021, once the government settled on ‘the right kind of partner’ — as Public Enterprises Minister Pravin Gordhan put it to MPs. But that’s about as specific as it got on Wednesday evening.

A new restructured SAA would follow the Telkom model, said Public Enterprises Minister Pravin Gordhan in a reference to the part-privatised telecoms provider in which the government still holds a 39% stake.

He said the new restructured airline with its eight planes – SAA returned its 40 leased planes — would have an independent board and a skilled operating team that “is also able to train a new generation, particularly of black South Africans who have not had exposure to aviation, as the Ethiopians and Kenyans were able to do”.

Those ministerial comments echo previous talk of Ethiopian Airlines as a potential equity partner. In early October 2020, according to Bloomberg, ANC MPs were briefed that Ethiopian Airlines would be the best option to partner with SAA.

“After a thorough analysis, our preferred strategic equity partner for SAA is Ethiopian Airlines”, said the study by African Aviation Services presented to ANC MPs, adding that the airlines shared a similar pan-African vision, according to Bloomberg.

On Wednesday evening, Gordhan kicked for touch before the joint sitting of Parliament’s spending watchdog, the Standing Committee on Public Accounts (Scopa) and the public enterprises committee.

“Early in the new year we are able to settle for the right kind of partner, as far as government is concerned,” he told MPs, later adding, “We are unable to give any other details at this point in time… You’ll hear more about this in the next weeks as we make progress”.

The first serving of details could well be about the SAA interim board and top executives. At the end of October, SAA interim board chairperson Thandeka Mgoduso resigned; so had Adam Voss, CEO of SAA Technical, part of the SAA Group, by Monday 2 November.

Despite bullish talk of an equity partner for SAA, which at its January lekgotla the governing ANC decided had to be retained, the efforts of an unnamed transaction adviser proved challenging. None of the interested potential SAA partners was interested enough to pick up the cost of restructuring, or the legacy debt.

The government decided it was necessary for SAA to get the R10.5-billion (not)bailout in the Medium-Term Budget Policy Statement (MTBPS) – just eight months after the national airliner was allocated R16.4-billion in the February Budget to meet maturing debt.

Regardless of often repeated pledges that the new restructured SAA would not depend on the national purse, on Wednesday hints emerged that the MTBPS allocation may not be the last when Gordhan also talked of “the R10.5-billion and the additional amounts to the lessors over the next two years”.

Gordhan still maintained that the R10.5-billion SAA received at the cost of reductions to government departments (the MTBPS was very clear about that) was not a bailout, but monies needed for staff retrenchments, operating costs and the restructuring into a new airline.

At times it seemed this move involving the national airliner may well open the door to the restructuring of other non-performing state-owned entities (SOEs). This signalling came on the eve of President Cyril Ramaphosa chairing the inaugural Presidential SOEs Council.

However, it seems at least some of these components are moving targets. The numbers changed on Wednesday evening when SAA joint business practitioner Siviwe Dongwana briefed MPs.

The numbers in the presentation submitted before the meeting pretty much reflected what had been said previously: R2.2-billion for staff retrenchments, R1.7-billion for plane lessors, R3-billion for unflown tickets, R1.4-billion to pay various creditors and R2-billion working capital to restart operations.

On the night, Dongwana presented somewhat different numbers – and curiously included in the business rescue process R2.7-billion to recapitalise Mango and SAA Technical. Other “new” numbers included R2.8-billion for staff retrenchments, as the flown ticked component dropped to R2.2-billion and creditors’ payments to R800-million.

And while DA MP Alf Lees asked about this, answers were not quite forthcoming. Nor were answers quite forthcoming on the costs of the business rescue. And while National Treasury Director-General Dondo Mogajane was present, he deferred to the minister.

Throughout the three-and-a-half-hour, sometimes terse meeting that ended just before 10pm, Gordhan stayed on message to defend the R10.5-billion allocation to SAA as restructuring.

At times it seemed this move involving the national airliner may well open the door to the restructuring of other non-performing state-owned entities (SOEs). This signalling came on the eve of President Cyril Ramaphosa chairing the inaugural Presidential SOEs Council.

The costs of restructuring, the public enterprises minister argued, were about the same as liquidation, but with restructuring, the brand of SAA is retained — and jobs — as industrialisation efforts around OR Tambo International Airport, or the so-called Ekurhuleni Aerotropolis are supported.

“We want to ensure there is no dependency on the fiscus as we get over the restructure line,” Gordhan told MPs about the new restructured national flag carrier that he described as “the Telkom look-alike that will be the new SAA”. DM