KNYSNA BEHIND THE N2 PROTESTS 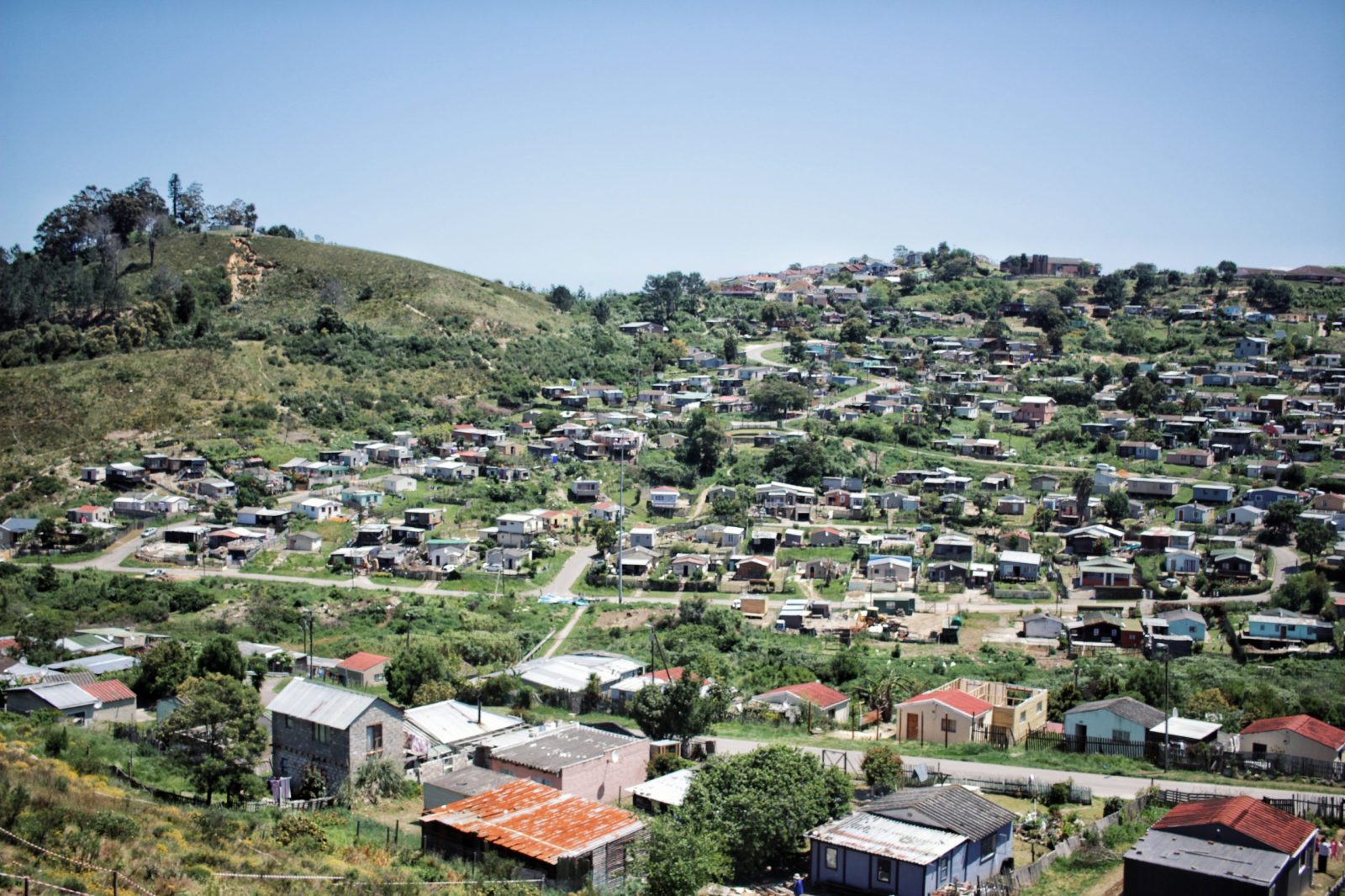 The community of Hornlee, near Knysna, is calm following a housing protest that led to riots and looting in late September. (Photo: Chris WIlson)

On 20 September, the Red Ants demolished shacks in Hornlee, near Knysna, which the municipality labelled as ‘unoccupied and unfinished structures’. This led to riots and looting. However, the root cause of the frustration is clear: people wait long periods – in fact, decades – for housing and sometimes when the housing comes, it comes without electricity.

This is Part Three of a special focus on Knysna and surrounds. See Part One here and Part Two here.

“Vandalism was the problem, not the protests,” said Martin Booysen, a resident of Hornlee in Knysna. In September the area was rocked by riots that closed off sections of the N2 for days, and shops were looted.

Hornlee, a suburb on the outskirts of the Garden Route town of Knysna, is about 500km from Cape Town. There are more than 12,000 residents in Hornlee across two wards, according to the 2011 census.

Booysen, 48, has lived all his life in Hornlee and had been on the waiting list for about 20 years before he finally settled into an RDP house, provided by the Knysna Municipality. When Daily Maverick visited on Saturday 31 October, he was putting tiles in the bathroom of his two-bedroom home. “I’ve waited long… it felt wonderful [moving in].” Previously, he had stayed with his wife and three children at the home of his mother-in-law. When asked how his wife felt about having their own place, Booysen smiled shyly and said, “She’s more excited than me about this house.”

But across the road from where he now lives is the starting point of where the community had a confrontation with law enforcement officers, the municipality and the Red Ants, a private security company that specialises in assisting with evictions.

GroundUp reported that four people were arrested on Sunday 20 September after protests that spilled onto the N2 highway. Shops were looted. Booysen saw some of the protests, but said, “vandalism was the problem, not the protests”. Booysen insists the thievery was not part of the protests.

This is a sentiment shared by 24-year-old Irafaanshia November and 39-year-old Johnathan Wildeman, who were caught up in the protests.

“Some people have waited 20 to 30 years,” said November about the housing situation in Hornlee. Wildeman told Daily Maverick people started to put up shacks “after seeing no development”.

November, who was retrenched from her job as a housekeeper at a hotel, put up a shack with her money from the Unemployment Insurance Fund (UIF). The ground belonged to the municipality.

On the morning of Sunday 20 September, she saw three vans from law enforcement and the Red Ants. Then she heard the sound of rubber bullets being fired.

“They didn’t even worry about the children. Every time they ran out of bullets they went to a van to get more.

“After that, I was scared to sleep here; even my six-year-old child who saw the Red Ants, she’s still scared,” said November.

Wildeman said that as the Red Ants moved in, “people moved together and drove out the Red Ants”. During that time, several shops were looted at a service station, but Wildeman insisted the culprits were not from their community.

Wildeman was hit by rubber bullets. On the day Daily Maverick visited, Wildeman was walking around shirtless and the marks were still visible.

November said that neither the mayor nor municipality officials had bothered to come and speak to them, and it was they who had sent in the Red Ants.

Wildeman and other community members have asked for legal assistance from a private lawyer on the basis the Knysna municipality did not present court mandated eviction papers as well as for the injuries sustained by community members.

“It’s calm, but people are coming to build shacks,” said November, who has since rebuilt her shack.

Knysna mayor Elrick van Aswegen admitted “current demand [for housing] outweighs the current supply”, adding that the municipality was busy with plans to meet the demand.

Knysna municipality communications officer Dibandlela Nkume told Daily Maverick: “The municipality, working with the provincial Housing Department, remains resolute to provide shelter for all those that need it and qualify to have it in the Greater Knysna area. This is the case with Hornlee.

“However, Council does not condone and never will condone illegal land invasion and land grabs… mindful of the fact that we are currently in the National State of Disaster, [during] which the national government had promulgated numerous gazettes regarding eviction of illegal occupants… The structures that were demolished by the Red Ants were unoccupied, unfinished structures.”

Nkume said, “The municipality has contracted the Red Ants to deal with demolishing illegally built structures on municipal land.”

Davids said this appeal fell on deaf ears and described Sunday’s demolitions as “ugly. They came in with violence.”

November said, “They told us, voetsek.”

Community activist Ralph Stander said he sent law enforcement officials the Bulelani Qolani judgment – which effectively rules that only under a court order can a structure, occupied or unoccupied, be demolished or people evicted.

“They had all that information… they knew [the demolitions were] illegal,” said Stander, a contractor who builds homes under the instruction of the municipality.

Nkume said that during the 2019/20 financial year, a number of housing projects were started in Hornlee which include sites 3367, F2252, 3333 and 3369. While some of these houses are in the process of being completed, site 3367 has seen 36 units being handed over to the beneficiaries.

Dolly-Joanne April, 53, recently moved into one of the 36 units. She told Daily Maverick she had been on the waiting list for “probably over 30 years – it’s been a long time”.

Before getting her house she was a backyarder at the home of her sister-in-law, along with her husband, two children and two grandchildren. Whenever she went to the housing office there was a problem: either her name was not on the list or her papers were lost.

“Later on, I gave up hope. I didn’t think I qualified for a house.”

Early in October, she moved into her new house, adapted specifically as she uses a wheelchair to move around. When asked how she felt about the house, she replied she was “very glad”.

But now, the house does not have electricity, “I don’t know why.”

Groceries such as meat and milk expire quickly as her fridge is still at her sister-in-law’s house while she waits for electricity to be installed, and every time her phone battery runs out she has to send her grandchild to her sister-in-law to have it recharged there.

Nkume said: “Due processes have to be followed for all these units to be properly electrified and the municipality is in the process of finalising this. The rest of the houses at the other sites are due to be completed in January 2021 and will be handed over to the beneficiaries as soon as they are ready for occupation.” DM