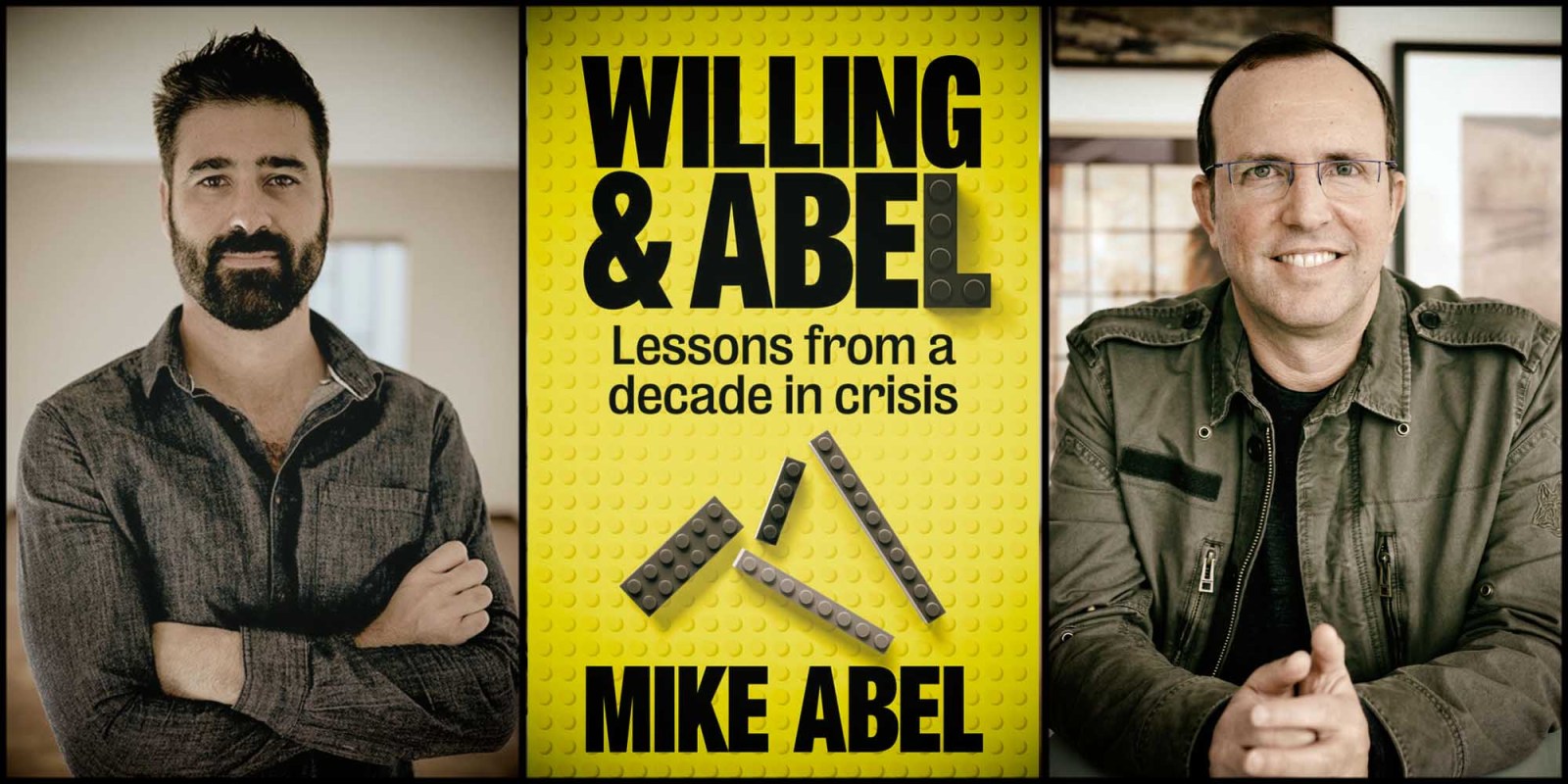 South African adman Mike Abel is well known for his outspoken opinions and his advertising expertise. The founder and chief executive of M&C Saatchi Abel now has a book out in which he discusses the lessons of the last 10 years of his career – and why he thinks business leaders have an obligation to speak out.

Local advertising guru Mike Abel’s latest book, titled Willing & Abel: Lessons from a Decade in Crisis, distills his experiences setting up his own agency in a particularly tumultuous time for South Africa.

Abel had a stratospheric career in local advertising from his early twenties, rising to run the Ogilvy agency nationally. After being at Ogilvy for 16 years, he was approached by M&C Saatchi in Australia to take the CEO role in that country in 2008, which he did – spurred by the impending presidency of Jacob Zuma and his experience of an armed robbery.

“I think that the way we approach problem solving is unique and fresh and innovative,” Abel replied. He said that the creative directors of many ad agencies internationally are South African.

Abel’s return to South Africa a decade ago saw him decide to launch his own agency – an experience which has taught him a thing or two about entrepreneurship.

On the importance of timing in starting a business, Abel said: “I think sometimes the worst time is the best time.”

But he did not underplay the importance of research before undertaking a start-up venture. Another non-negotiable: cash flow.

When Abel was looking to start his own advertising venture in South Africa, he opted to become part of M&C Saatchi worldwide rather than launch his own entirely autonomous agency.

One thing he admits he “hopelessly underestimated” was the hostile industry environment he would face when launching his own agency.

“It was brutally tough,” he says.

It took 18 months for the new M&C Saatchi Abel agency to land its first major client, Heineken, and massively expand its market in South Africa.

Key to developing successful campaigns for clients, Abel says, is “problem verification”: ascertaining which challenge is key to being resolved.

“If you had to say to Phil Knight, of Nike, who is Nike’s enemy? Phil Knight would not say Reebok or Adidas or Puma or New Balance, he’ll say ‘Apathy: If we can get more people off the couch and moving, we’ll be able to sell more shoes’.”

“Who is the enemy of Takealot? The key enemy, really, is instant gratification. When people want something, they want it now.”

It was Abel who devised the idea of using Mr D delivery drivers for Takealot. When this was implemented, it cut down Takealot delivery times to the point that Abel describes as the “silver bullet of e-commerce”.

Asked how ad agencies can future-proof themselves in a context where so many consumers are now watching ad-free entertainment, Abel’s advice is for agencies to always be focused on customers and their problems rather than specific channels or media platforms. Good content will always find audiences, he believes.

On a wider level, Abel says that the problems of unemployment and how to create an inclusive economy keep him up at night. He says he is often accused of being too outspoken towards the government, but instead he is simply trying to “fix stuff”.

Commended by Charalambous on his willingness to make his voice heard on political issues, unlike many other business leaders, Abel said he considers it a duty to do so.

“I don’t see where the downside exists in trying to help fix the country and proffer solutions,” Abel said.

“Keeping your head below the parapet as a business strategy to grow the country is idiocy. Why would you not use your voice to try and fix the country that you live in, that you work in, and that people who work for you live in?”