A day trip to Addo Elephant Park where giants roam 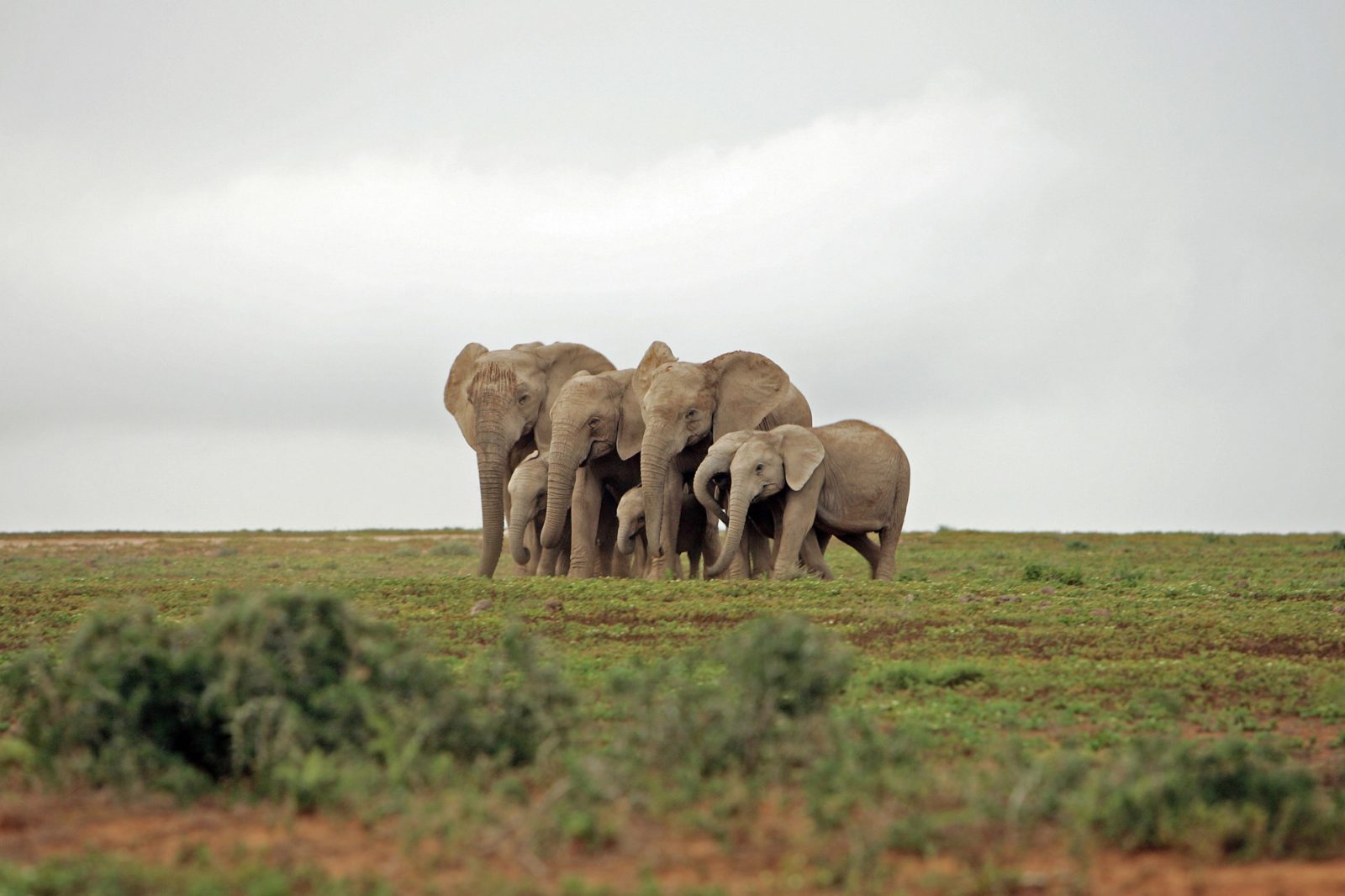 A herd of elephants seen in the Addo Elephant Park.

Take a road trip to the province of giants, with a safari to the Addo Elephant National Park.

Port Elizabeth is often dubbed the “Windy City”, but for locals, the name that stuck is the “10-minute city”. The reason? The historic buildings of Central, the Blue Flag beaches with their warm water along the city’s beachfront and the restaurant strip are all within 10 minutes from anywhere in the city. If you do, however, want to venture outside the city for a day, the Addo Elephant National Park is a mere 40-minute drive.

The N2 north out of PE takes you past the suburb of Bluewater Bay, where the Swartkops River runs into the sea and the houses along the river bank look as if they’ve been there forever. Onwards, past the Coega industrial development zone and the deep water harbour; past the Cerebos salt pans. The town of Colchester – where the mouth of the Sundays River is a water sports playground – is next up, with the turnoff to the Matyholweni Gate into the park just outside the town.

If you leave town early enough, it’s a good idea to ignore the turnoff to the park and carry on another 15 minutes on the N2, until you reach the Nanaga farm stall – famous for its roosterkoek which can be ordered with a variety of fillings. They also offer fresh pies (remember to try the wild boar version), breads, jams and relishes, cakes, drinks – in short, everything you need for a memorable picnic in the park or to take home to enjoy in days to come. The aroma of freshly brewed coffee greets you as you walk into the farm stall, where breakfast and lunches are also offered.

They are open Monday to Sunday 8am to 5pm. From there, it’s only 15 minutes back to the Matyholweni Gate.

The Addo Elephant National Park was created in 1931 when there were only 11 elephants left to protect. The great herds that once roamed the area were decimated by hunters during the previous two centuries, as farmers who settled in the area did not want elephants on their farms.

The original park was only about 2,000 ha, but it has been extended over the years and is now around 170,000 ha, making it the third largest park in South Africa.

What to do : Following any of the signposted roads through the park on a self-guided drive – it’s impossible not to be moved by the astonishing biodiversity of the area. The abundant plant life (dominated by spekboom) is lush and green, and animals abound. Drive carefully in order not to crush the many dung beetles on the roads.

The elephants, of which there are now about 600, can be easily spotted. At other times, they melt silently into the bush and even though they might be near, you wouldn’t even know it. The Domkrag dam is usually a good site for elephant viewing, as is the waterhole at the main camp. There are dozens of other animal species that also roam the park.

Hikers can enjoy various trails, while birders will revel in the rich birdlife, which can be best appreciated from the hide at the main camp.

For those willing to splurge a little, there are Marine Eco Tours that take you whale spotting (depending on the season) and shark-watching, just past Bird and St. Croix island.

Both the main gate and the Matyholweni gate are open from 7am to 6pm. The daily fees for South African citizens are R82 per adult and R41 per child. It’s handy to know that there is petrol available at the farm.

Where to eat : The Cattle Baron Grill & Bistro at the main camp offers a wide variety of meals, including burgers, salads, venison and steak, which can be enjoyed picnic-style on the deck outside, or in a more formal inside area. They are open Monday to Sunday, from 7am to 8pm.

There is also a picnic site with braai facilities at the main camp overlooking the water hole, while Jack’s picnic site is a pleasant midway stop between the two gates.

Leaving the park via the main entrance gate ensures that you can follow a different route home, through the town of Addo and along the R335. The trip back to PE should take you about an hour.

If the wildlife did not give you enough of an adrenaline rush, take the turnoff to the Adrenalin Addo Adventure Park. It offers the highest, longest and fastest double zip line in South Africa, providing breathtaking views across the Addo citrus valley. Another adrenaline fuelled activity is the giant swing, while the less adventurous might enjoy a canoe trip on the Sundays River. They are open Tuesday to Sundays 9am to 4pm. Rates are from R250 to R400 for the various activities.

Soundtrack: Lebohang Morake and Elton John are behind the tearjerker The Circle of Life, written for the Disney classic, The Lion King. The music is magnificent, but for this trip, perhaps stream Morake’s Rhythm of the Pride Lands.

Passenger seat? Here’s a book for you: West with the Night by Beryl Markham is a mesmerising memoir of growing up in Kenya and her life there as a pilot, racehorse trainer and general adventurer, all remarkable achievements, especially for women in the 1900s. Of the book, the great Ernest Hemingway said it was so well-written, it made him “ashamed of myself as a writer”.

Listen to: Check Neroli Price’s review On donkeys, hippopotamus, octopuses, parenting and love – it’s not about elephants but you’ll enjoy the picks. We recommend this 24-minute episode: Belly of the Beast – Snap Judgement (PRX) (available on Apple Podcasts, Spotify, Stitcher or any other podcast app or streaming service).

“This story is a non-narrated, first-person account of surviving a hippopotamus attack on the Zambezi River. Safari guide, Paul Templer, details a near fatal encounter with a hippo that dips in and out of view in the years following the attack. Full of twists and turns and musical beats, this Snap Classic will have you on the edge of your seat,” says Price. DM/ML