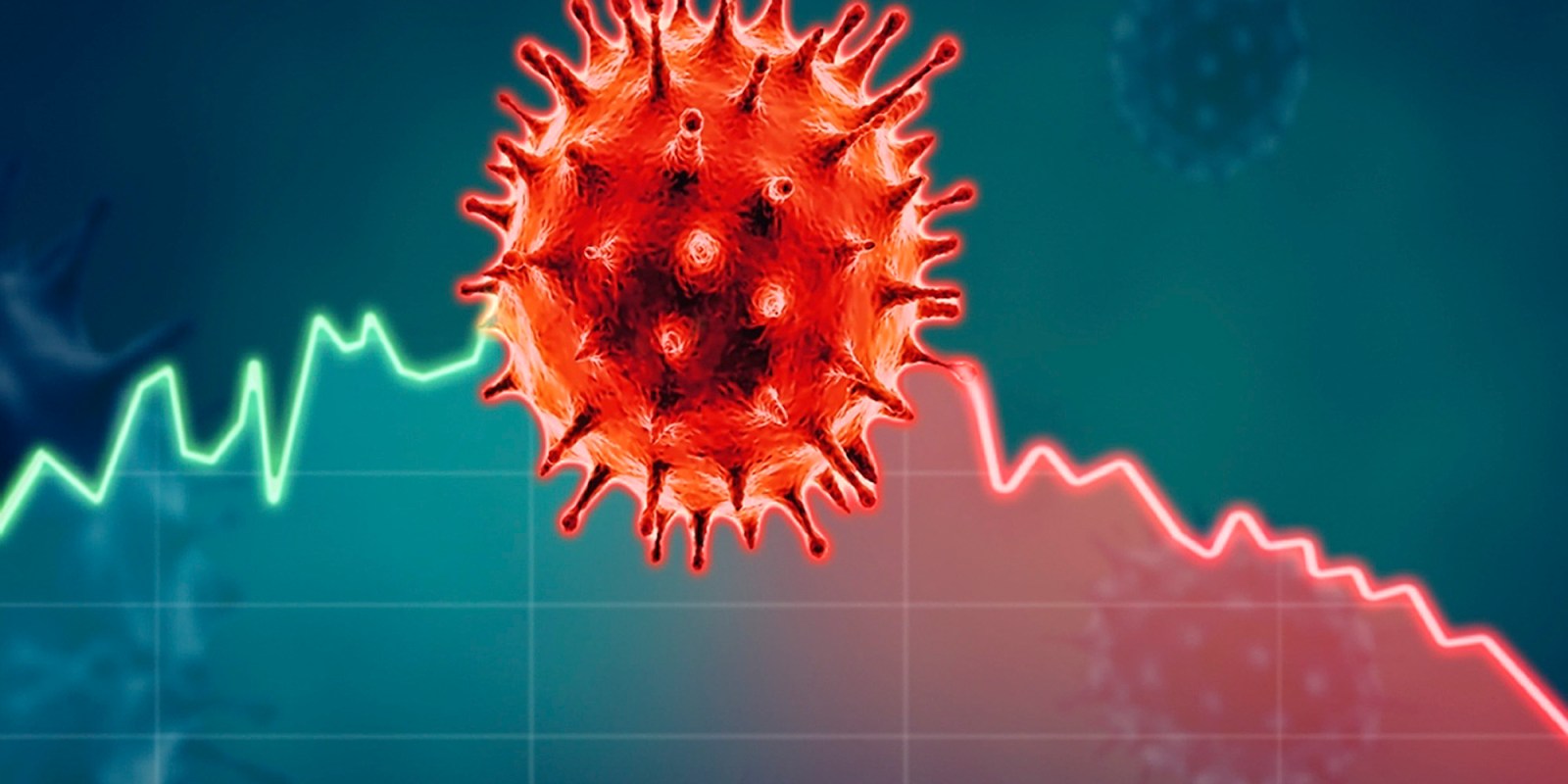 The world economy is experiencing a deep recession. (Photo: smartcitiesworld.net/Wikipedia)

A global post-pandemic recovery offers the opportunity to recast the international order. To this effect, advanced countries must choose and maintain an expansionary macroeconomic policy stance, while developing countries should be enabled to emerge from the crisis in a stronger position. The tools are available to provide them with the required fiscal space. 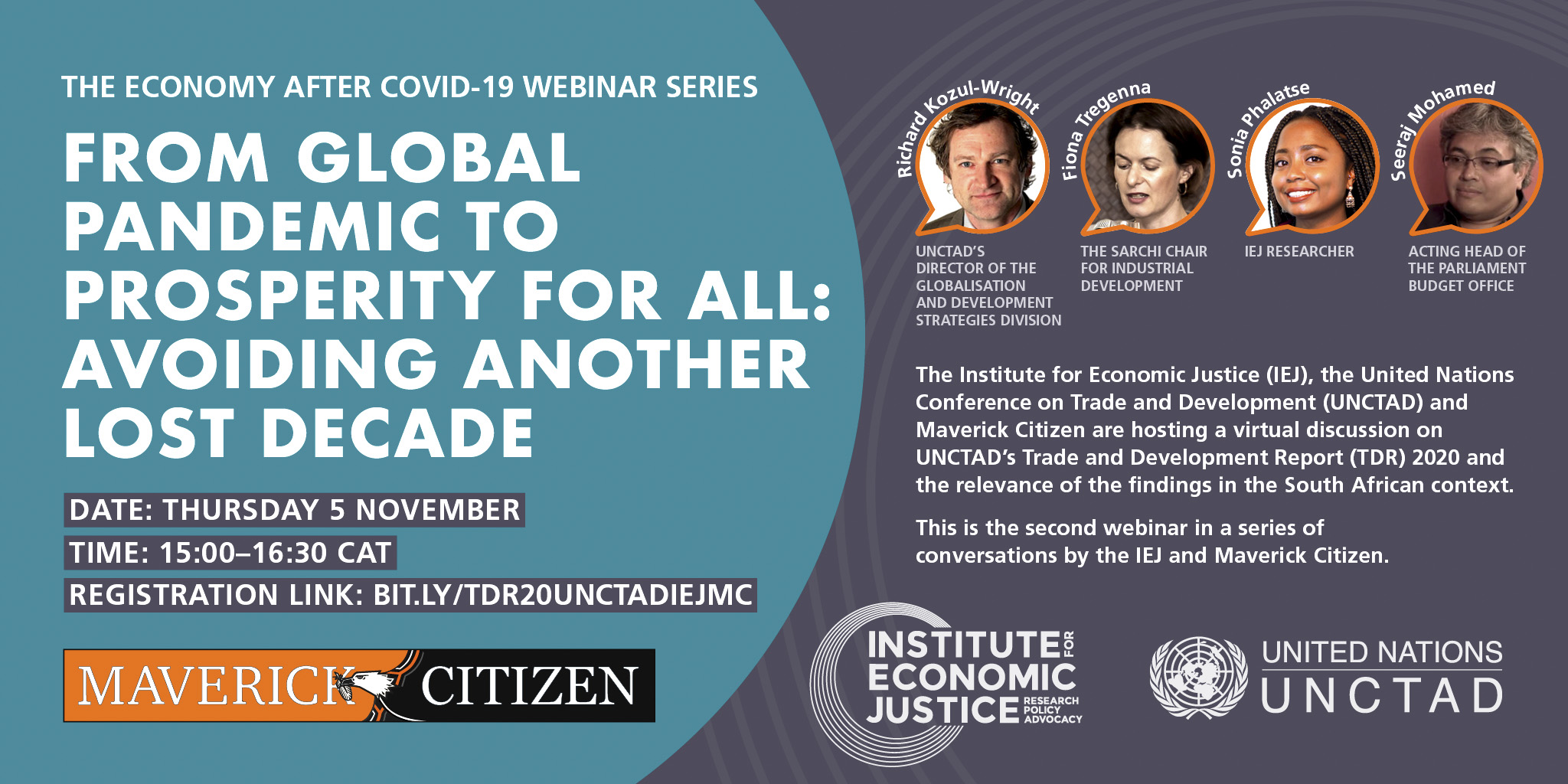 The world economy is experiencing a deep recession amid a still unchecked pandemic. Now is the time to hammer out a plan for global recovery – one that can credibly return even the most vulnerable countries to a stronger position than before the crisis.

But we have been here before and to recover better this time, will require abandoning some cherished principles that have (mis)guided policy making for the last several decades.

Back in 2009, leaders of the world’s major economies vowed to recover better from the worst financial crisis since the Great Depression, and struck a tone that suggested a readiness to recast the international order in a manner inspired by those who led the march out of war and ruin after 1945.

The plan agreed on at the G20 summit in London was bold: restore confidence, growth and jobs; repair and reregulate the financial system; fund and reform international financial institutions to help overcome that crisis and prevent future ones; promote global trade and investment and forge an inclusive, sustainable recovery.

It was, however, honoured more in the breach than the observance.

Trillions of dollars went to repairing the financial system but with little serious reform. The practices and habits that had brought about the crisis settled back in. New trade agreements took shape, but with no acknowledgement that previous agreements had contributed to a more unequal and fragile world.

And austerity soon captured the policy mindset, including in international financial institutions, on the false premise that cutting public spending and repressing wages would trigger a strong expansion. The result was, instead, a self-reinforcing cycle of weak aggregate demand, widening inequality and tepid growth.

Now another crisis, triggered by a microscopic pathogen, has exposed the fragility of today’s interdependent world and forced advanced economies to again adopt massive relief packages, in the trillions of dollars, to stabilise corporate balance sheets and mitigate the damage to households from locking down.

However, these same governments have been unwilling to extend a helping hand to developing countries where a combination of precarious work conditions, debt distress and insufficient fiscal and policy space have amplified the economic damage from the Covid-19 shock.

While it has become popular to evoke the moniker of the 32nd US president, Franklin D. Roosevelt, in the face of current fears and anxieties, there appears to be little appreciation of what he wanted from the multilateral system he helped to establish some 75 years ago.

“Economic diseases” Roosevelt insisted, “are highly communicable. It follows, therefore, that the economic health of every country is a proper matter of concern to all its neighbours, near and distant.

“Only through a dynamic and a soundly expanding world economy can the living standards of individual nations be advanced to levels which will permit a full realisation of our hopes for the future.”

Despite those hopes now hanging in the balance in many developing countries, the inability of the international community to put forward comprehensive proposals to alleviate debt distress, inject emergency liquidity into the global economy or agree on an equitable distribution of any future vaccine, are signs not only that neoliberal thinking still prevails, but that things could get worse.

If advanced country governments again opt for premature fiscal tightening in an attempt to bring down public debt and businesses adopt aggressive cost-cutting strategies in an attempt to boost exports, recovery will fizzle out, with a double-dip recession likely in many countries in 2022, followed by a lost decade of slow growth, high unemployment and stagnant wages.

An aborted economic recovery, or worse, another lost decade, is not preordained. It is a matter of policy choice.

This time around, advanced countries must choose and maintain an expansionary macroeconomic policy stance for as long as it takes the private sector to regain its confidence to spend. And while monetary policy is crucial, the battle of the moment is for governments to provide sufficient fiscal stimulus.

Avoiding a lost decade will require governments to stick to deficit spending for several years ahead.

There is more to recovering better than public spending.

Broader central bank mandates and tighter financial regulation will have to be put in place to tame speculative investment and channel credit to productive and necessary activities, from manufacturing medical equipment to the production of renewable energy.

Free trade agreements, the embodiment of neoliberal thinking, deny these policy choices and must be avoided.

But even more than was the case 75 years ago, international cooperation and coordination are essential to fighting the pandemic and recovering better.

So far, the timid and fragmented response of the international community has left many developing countries feeling helpless (and frustrated).

Ken Ofori-Atta, the Ghanaian finance minister, captured the mood when he noted, “Suddenly the Western world can print $8-trillion to support their economies in these extraordinary times, while Africans are judged by the old rules. You really feel like shouting ‘I can’t breathe.’”

The tools are available to provide fiscal space to developing countries; special drawing rights, dedicated financing windows and debt relief can all be quickly scaled up to mitigate the financial squeeze.

But if this crisis is to offer a truly transformative moment of recovery and reconstruction, then what is also required is a new set of principles for the global economy that can deliver prosperity for all and revive the health of a planet under increasing environmental stress. DM/MC

Richard Kozul-Wright is the director of the globalisation and development strategy division at the United Nations Conference on Trade and Development (UNCTAD).

At 3pm on Thursday 5 November 2020 Maverick Citizen, the Institute for Economic Justice (IEJ) and the United Nations Conference on Trade and Development (UNCTAD) are hosting a virtual discussion on UNCTAD’s 2020 Trade and Development Report (TDR) and the relevance of the findings in the South African context. Speakers Richard Kozul-Wright (UNCTAD division of globalisation and development strategy), Fiona Tregenna, (SARChI Chair for Industrial Development at the University of Johannesburg and member of the President’s Economic Advisory Council), and Sonia Phalatse (IEJ Researcher) will examine and debate the TDR from a South African perspective. Register here.

"Information pertaining to Covid-19, vaccines, how to control the spread of the virus and potential treatments is ever-changing. Under the South African Disaster Management Act Regulation 11(5)(c) it is prohibited to publish information through any medium with the intention to deceive people on government measures to address COVID-19. We are therefore disabling the comment section on this article in order to protect both the commenting member and ourselves from potential liability. Should you have additional information that you think we should know, please email [email protected]co.za"