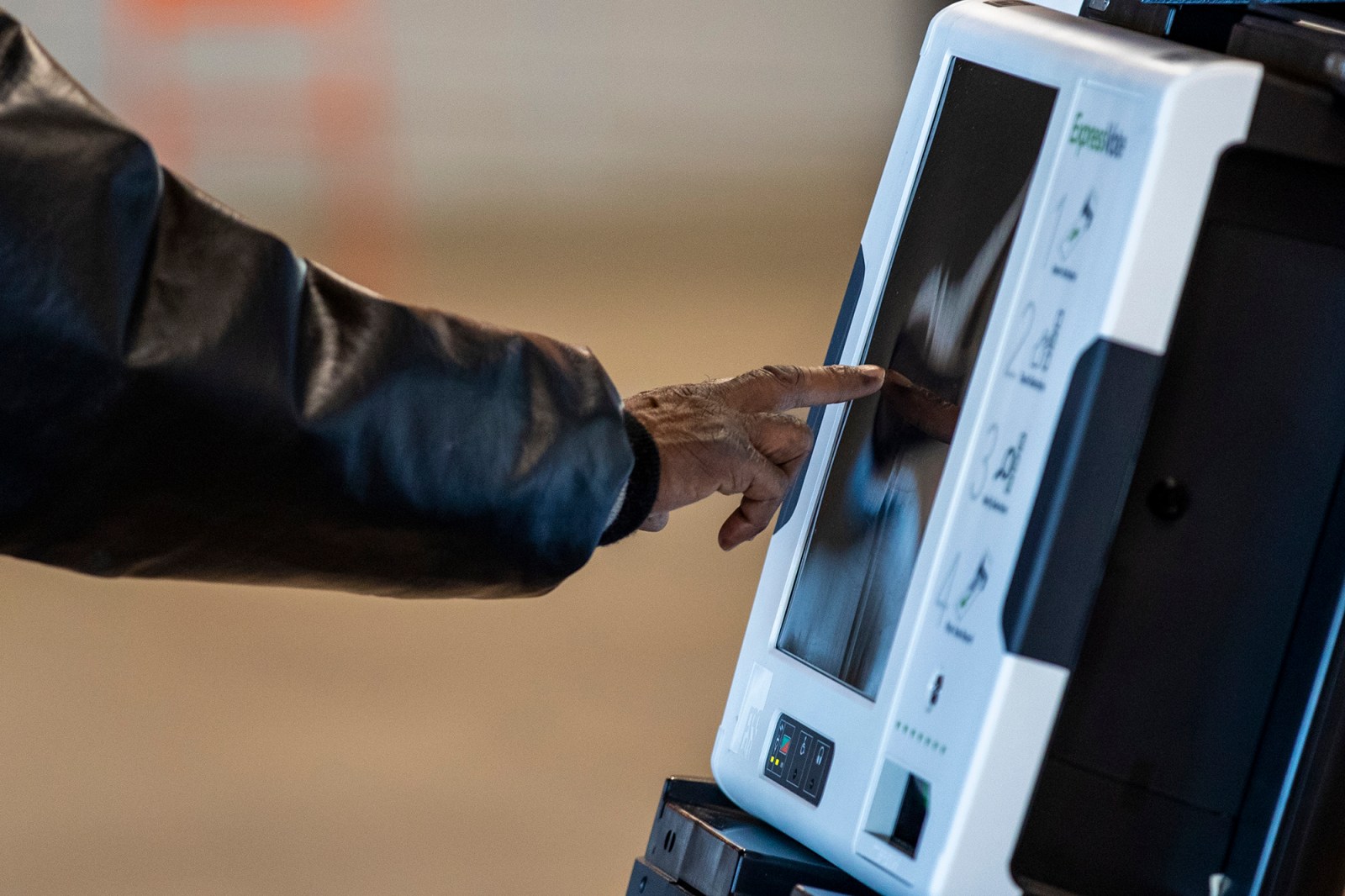 A voter uses a machine to complete his ballot at the Union Market polling station in Washington, DC, USA, 03 November 2020. Americans vote on Election Day to choose between re-electing Donald J. Trump or electing Joe Biden as the 46th President of the United States to serve from 2021 through 2024. EPA-EFE/SHAWN THEW

People across the United States received anonymous robocalls in the days and weeks before Election Day urging them to “stay safe and stay home”, in what experts said could be an attempt to scare voters into sitting out the hotly contested polls.

The Federal Bureau of Investigation (FBI) is investigating calls that seek to discourage people from voting, a senior official at the Department of Homeland Security told reporters on Tuesday. Authorities would not offer details.

US state and local officials have been raising the alarm over at least two separate automated call campaigns as millions of people cast their votes on Tuesday to decide between President Donald Trump and challenger Joe Biden.

Janaka Stucky, 42, a Democratic voter who lives in Medford, Massachusetts, was one of the many who received the robocall on Tuesday.

“My first thought was that actually, it was a municipal test call for a COVID lockdown thing,” he told the Reuters news agency.

“The more I thought about it I was like, oh this actually feels really off and weird and then started to feel like it was some sort of, maybe, voter-suppression effort,” he added.

The automated calls were placed to residents in nearly 90 percent of US. area codes, according to an analysis by YouMail, a tech company that makes anti-robocall software. YouMail’s findings were reported on Tuesday in The Washington Post newspaper.

YouMail found that the calls began over the summer but increased dramatically in recent weeks. In October alone, there were 10 million calls, according to Alex Quilici, YouMail’s chief executive.

On Tuesday, they were reported in states including Iowa, Kansas, Florida, Nebraska and Missouri.

“This is just a test call,” the voice says in one version of the robocall. “Time to stay home. Stay safe and stay home.” ‘State-sponsored’

Whoever created the robocalls used sophisticated tactics, routing the calls in a way that masked their identity and location, Quilici said.

And unlike most robocalls, the message did not ask for personal information or urge respondents to take any particular action – suggesting confusion and fear may have been the goal.

Those could all be clues as to who is behind the effort, he said.

“It’s not a 12-year-old with a computer. This feels like maybe it’s state-sponsored,” Quilici said. “If you want to cause mischief, you want to do it to everybody.”

In a statement, the FBI said: “We are aware of reports of robocalls and have no further comment. As a reminder, the FBI encourages the American public to verify any election and voting information they may receive through their local election officials.”

The Homeland Security official, who spoke on the condition that they are not further identified, cautioned that “robocalls of this nature happen every election” and advised people to “keep calm, vote on”, according to The Associated Press news agency.

Officials warned of a separate spate of robocalls made on Tuesday to voters in Flint, Michigan, suggesting falsely that they could wait until Wednesday to vote in person because of the long lines at polling places on Tuesday. In fact, Tuesday is the last day to vote.

“Obviously this is FALSE and an effort to suppress the vote,” Michigan Attorney-General Dana Nessel tweeted. “No long lines and today is the last day to vote. Don’t believe the lies! Have your voice heard!”

Michigan is a critical swing state that Trump and Biden have focused on in the campaign’s final days. Flint is a heavily Democratic city and the majority of its residents are Black.

On October 1, Nessel filed charges against two political operatives accused of orchestrating a series of robocalls “aimed at suppressing the vote” in the elections. The calls went to nearly 12,000 Detroit-area residents, she said.