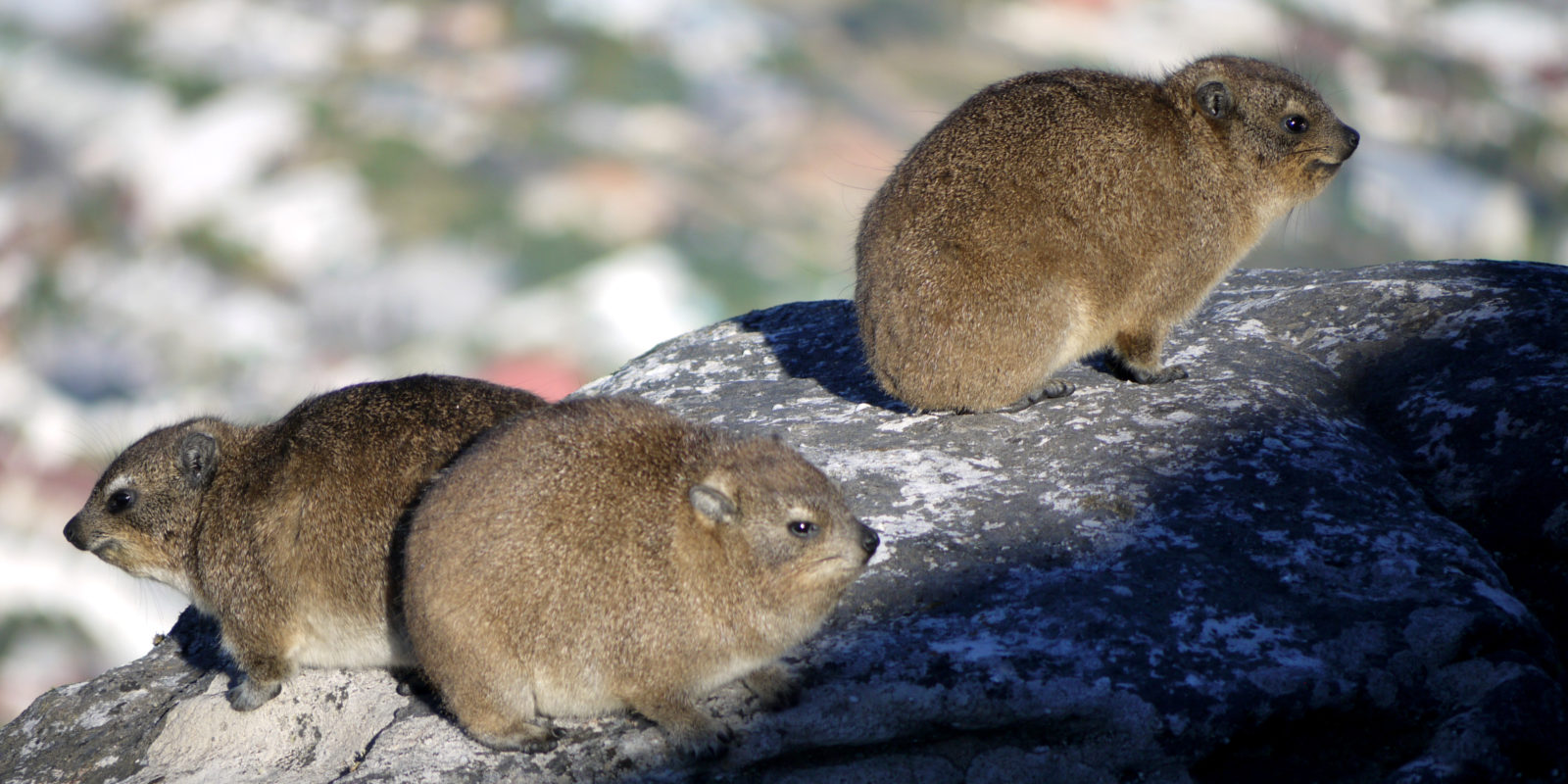 In piles of droppings left by dassies over tens of thousands of years, scientists are catching glimpses of a troubling future.

Dassie poo and the scat of other animals are allowing researchers to crystal-gaze into the future and understand how global heating is possibly going to change our world.

The furry corgi-sized animals that live on rocky outcrops across southern Africa all poop in the same spot and these dung heaps pile up over millennia.

Inside the small pellets of dung are traces of pollen that when identified can help scientists get a handle on what vegetation was around at a particular time in the deep past.

Professor Michael Meadows of the department of environmental and geographical science at the University of Cape Town has worked on dassie or hyrax dung in Namibia that is 70,000 years old.

“We have also used hyena coprolites (fossilised dung), and it is very informative,” says Meadows. “Hyena poo is a bit sticky and pollen sticks to the surface of the poo and then it gets fossilised with the pollen preserved with it.”

Dung is just one of the tools science is using in understanding palaeo climates. Meadows is also getting his hands dirty in wetlands.

“I’ve worked mainly on coastal wetlands like swamps that accumulate sediments,” adds Meadows. Pollens are also in these sediments, dispersed by plants a long time ago.

“So you have all these little bits of stuff, and you put them together, and you create a bigger story,” is how Professor Louis Scott of the department of plant sciences at the University of the Free State describes the hunt to understand ancient weather.

Just north of Pretoria is the Tswaing crater, which was left by a meteorite that slammed into the earth just over 200,000 years ago. Scientists were able to extract a 90m-long core from the bottom of the crater, which has held water for most of its existence.

In this core are ancient pollen and phytoliths, microscopic pieces of silica that are unique to certain species of grasses. The pollen and phytoliths tell of how open savanna and woodland periodically replaced each other in the area around the crater as the Earth went through phases of heating and cooling over the past 200,000 years.

That core also contains the signatures left by two ice ages. Scattered in the crater are stone tools, which suggests that humans were in the area and survived these dramatic swings in temperature.

The Tswaing core doesn’t provide the climatic detail of the ice cores of the northern hemisphere. These can show variations in temperature and even air quality changes over just a couple of years.

One 78m-long ice core recovered from a glacier in the Swiss/Italian Alps revealed to scientists how the lead concentration in the air dropped drastically between 1347-1353 because the Black Death pandemic killed as many as a third of Europe’s population. The closure of mines and lead production cleaned up the air.

“We won’t ever have that type of ice record because we are just too warm, but, as we get better and better at dating material, we can improve the resolution,” says associate professor Jennifer Fitchett of physical geography at Wits University.

The information collected through dung and cores is referred to as proxy data. There are other proxies helping to fill in the gaps in our understanding of palaeo climates. Information is being gleaned from pollen collected in peat bogs, tree rings and the composition of speleothems – mineral deposits that form in caves.

“So, a climate model is really just a set of mathematical equations that you find when you apply the laws of physics to the ocean and the atmosphere,” explains Professor Francois Engelbrecht of Wits University’s Global Change Institute.

In a recent paper, Engelbrecht and fellow researchers provided a climate model for South Africa during the last ice age or glacial maximum. What they described was a world in which a place like Johannesburg would regularly experience snowfall. Temperatures were on average between two and 50C cooler than today.

With so much water locked up in ice in the northern hemisphere, the sea level dropped by 125m, leaving Cape Town without a coastline.

Besides the cold, one other difference between the last ice age 21,000 years ago and today was low carbon dioxide levels in the air.

To push climate models into the future, Engelbrecht dials up carbon dioxide levels. In this scenario, in just over 20 years, global temperatures climb by 2 degrees Celsius.

“So you can think about it like this: 21,000 years ago Earth’s temperature would have been two to 5 degrees Celsius cooler than today,” explains Engelbrecht. “And it gradually warms up over tens of thousands of years to reach our very pleasant pre-industrial temperature. And we come along and in 200 years we warm it between three and 5 degrees Celsius.”

However, scientists do still need to fill in some blanks.

To get this higher resolution requires not just climate modelling, but also collecting those proxies. And this means gathering more dung, wading into peat bogs and piecing together the evidence that will help tell us where we are headed. DM